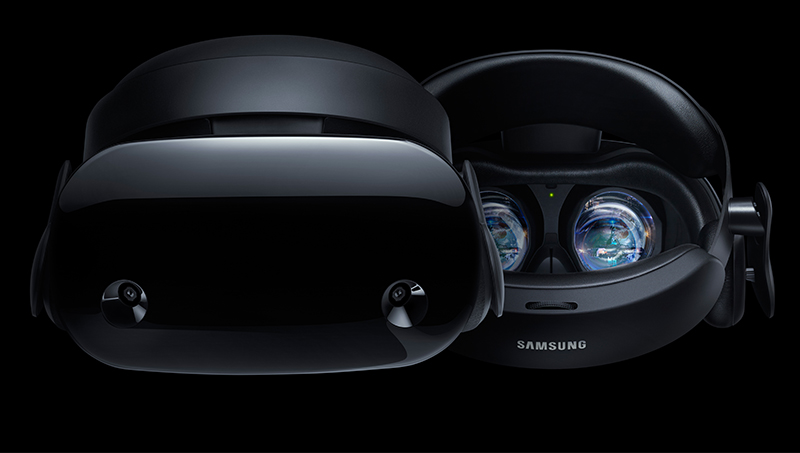 Samsung and Microsoft have jointly announced a new Windows Mixed Reality headset that may have just put all the others to shame.

On paper at least, the HMD Odyssey looks very impressive, with a higher resolution display and support for 360-degree spatial audio.

In fact, the displays are technically crisper than even the HTC Vive and Oculus Rift, both of which come in at 1,200 x 1,080 pixels per eye and use LCD screens.

Compared to LCD displays, which are also used by most of the other Windows Mixed Reality headsets, the Odyssey’s AMOLED screen should provide more vibrant colors and deeper blacks.

The 110-degree field of view is also wider than the competition, which Samsung says helps it offer the most immersive Windows Mixed Reality experience. The 360-degree spatial audio is another nice touch, and sound is pumped through built-in AKG headphones, making it the first to have integrated headphones.

In addition, there are onboard microphones for speaking to Cortana, Microsoft’s virtual assistant.

Of course, there are also the usual features we’ve come to expect from Windows Mixed Reality headsets, such as inside-out tracking, so you don’t need to set up any external cameras or sensors.

The HMD Odyssey will retail for US$499, so all the extras do come at a price. It will come bundled with a pair of Microsoft’s motion controllers, and is already up for pre-order on Microsoft’s US site.

The headset is slated to begin shipping on 6 November.

Join HWZ's Telegram channel here and catch all the latest tech news!
Our articles may contain affiliate links. If you buy through these links, we may earn a small commission.
Previous Story
If you had a Yahoo account in 2013 then you’ve been hacked
Next Story
Apple's TrueDepth camera is so advanced that rivals need 2.5 years to catch up