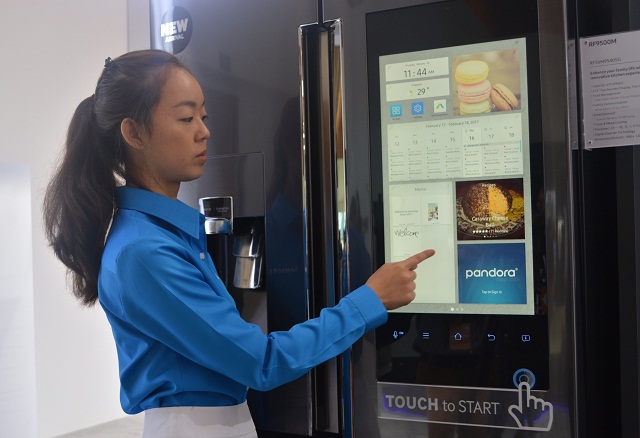 Update, Feb 17, 2017: Samsung has brought the Family Hub 2.0 fridge to its Southeast Asia and Oceania Forum 2017 held in Singapore this week. According to the company's representative, the Family Hub 2.0's local availability is still "to be confirmed". Here's a video of it in action, courtesy of our Philippines team.

Home appliances aren’t as exciting or sexy as some of the other gadgets announced at CES, but that doesn’t mean that they aren’t noteworthy. Dumb appliances like refrigerators and washing machines have recently gained a lot of smarts, and Samsung is extending this push with six new Family Hub 2.0 (an upgrade from last year's Family Hub) models that will run its own Tizen OS.

Family Hub 2.0 provides a new interface for things like sharing photos and viewing calendars and handwritten memos, courtesy of a huge 21.5-inch LED touchscreen on the fridge’s door.

There are a handful of new additions compared to last year’s Family Hub smart fridges. For one, Family Hub 2.0 refrigerators will now respond to voice commands, providing a more convenient way for you to interact with it when you’re busy in the kitchen. This can mean asking the fridge to add items to your grocery list, launch apps like Spotify, and even read aloud a recipe to you via the AllRecipes app.

However, despite the growing number of devices with Amazon’s Alexa built in, the fridges will rely on S-Voice, Samsung’s own voice assistant, for voice recognition. 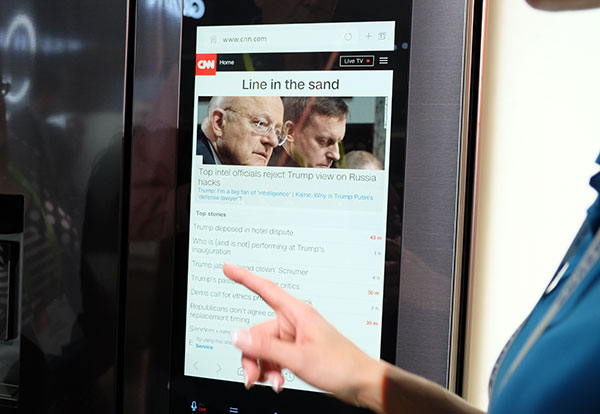 If opening the fridge to check what’s inside is too much of an effort for you, there’s also the Internal View Inside cameras that capture what is inside and display it on the external screen. The items can then be added to the shopping list and re-ordered when they run low using the Groceries by MasterCard app. 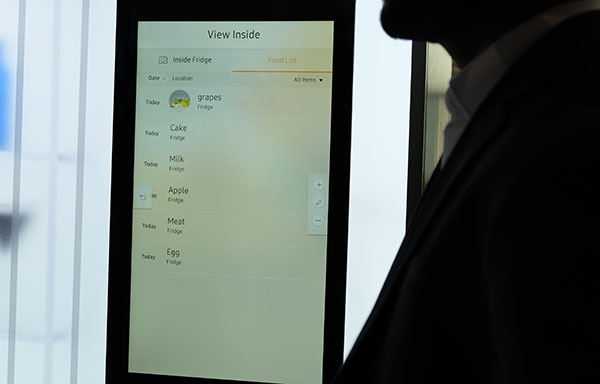 And because a fridge is shared among the family, Samsung also made it possible to create unique profiles for each family member. Up to six personalized calendars can be created as well, with each person getting their own avatar for easier recognition.

Another interesting feature is an app called Glympse, which can show you where your family members are at a given moment. Unfortunately, it’s limited to the US only for now.

Family Hub 2.0 will be available across Samsung’s entire range of 3- and 4-door French Door models and the existing 4-door Flex line-up. 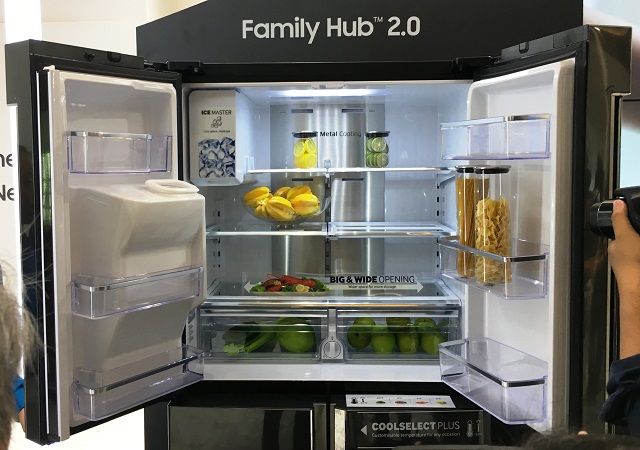 Join HWZ's Telegram channel here and catch all the latest tech news!
Our articles may contain affiliate links. If you buy through these links, we may earn a small commission.
Previous Story
Tag Heuer to launch its next Connected Watch on 14 March?
Next Story
Remember the Nokia 3310? It's coming back later this month!