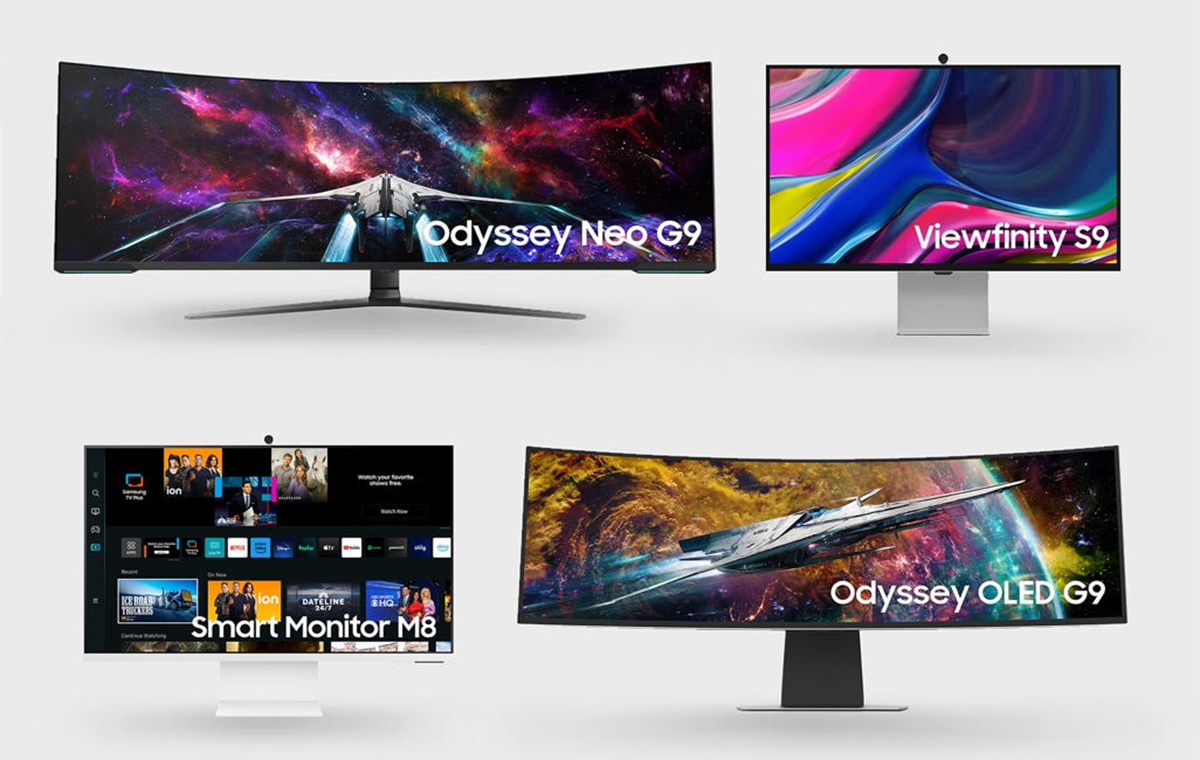 Amidst the many CES 2023 products pushed out by Samsung, its monitors would be a sight to behold.

If you’re unfamiliar with its monitor lineup, here’s a quick down-low on what Samsung has. Odyssey series panels are Samsung’s interpretation of what’s big, beautiful, and with the right curves – targeted at users who want little to no compromises. ViewFinity typically satisfies professional needs, including folks who work in corporate and creative fields. Smart Monitor packs home conveniences into one panel, giving you respectable viewing angles no matter your environment, time of day, or monitor placement. 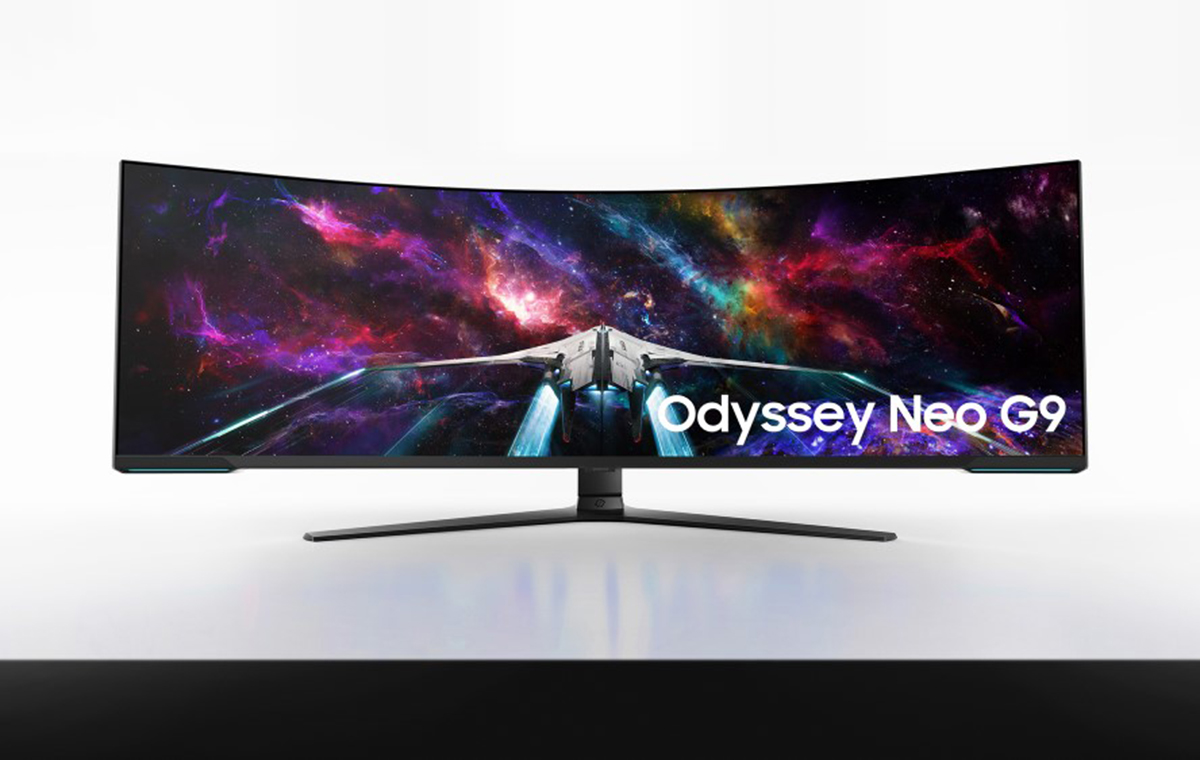 Building upon its existing Odyssey Neo range of monitors is one that’s even bigger than before. Samsung launched a 57-inch variant of the Odyssey Neo G9 (G95NC), complementing the already-huge 49-inch model launched last year. This quantum mini-LED panel offers 7,680 x 2,160 pixels resolution in a 32:9 aspect ratio with 1000R curvature.

The 57-incher is VESA Display HR 1000-certified and further enhanced with Matte Display coating to reduce reflections during gaming binges. It also has 240Hz refresh rate, and an updated DisplayPort 2.1 port that supports Display Stream Compression (a lossless video standard).

Prices and availability aren’t officially out yet, but you can be sure that the 57-inch Odyssey Neo G9 is not for the light-hearted. 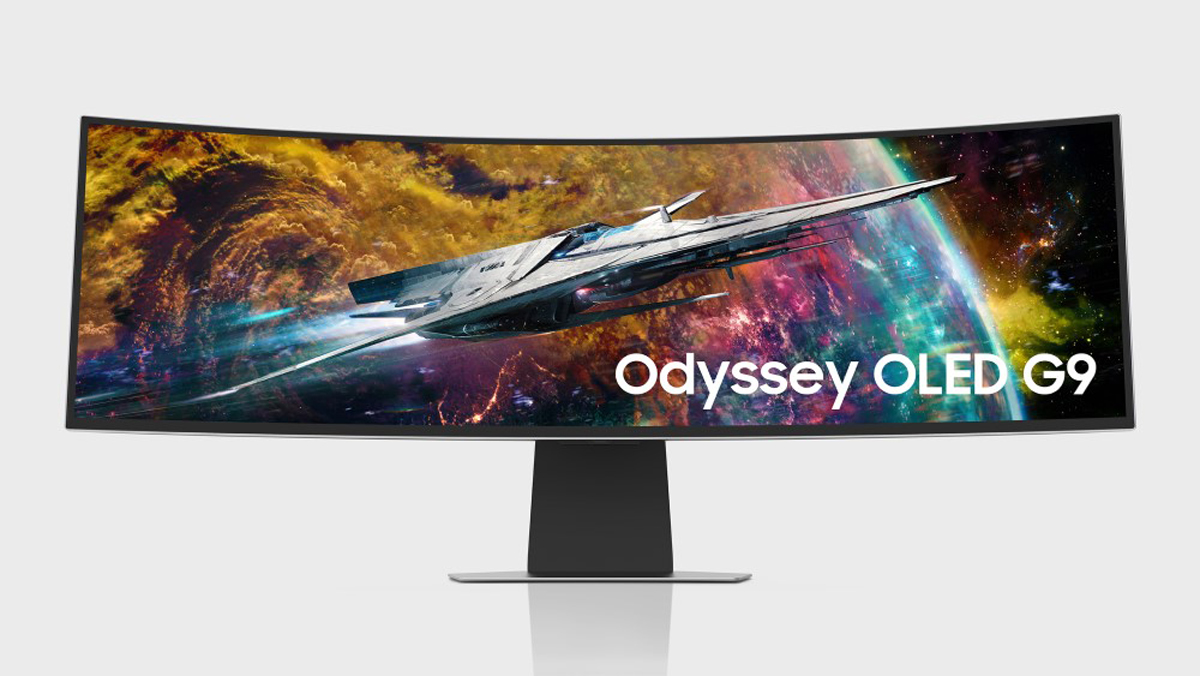 This panel has dual-quad HD resolution (1440p) at 32:9 aspect ratio, with a 1800R curvature and perks like 240Hz refresh rate with 0.1ms response time. Since OLED bulbs are self-contained and self-illuminated, they don’t require backlight like mini-LEDs, and therefore offers 1,000,000:1 dynamic contrast ratio.

This monitor is also partnered with the likes of Amazon Prime Video, Netflix, and YouTube (through its Smart Hub system), so you can watch content from these platforms without needing a PC. Also built into the panel is Samsung Gaming Hub.

Unfortunately, the details are light at the moment. We are still waiting on information about the G95SC monitor’s ports, pricing, and availability. 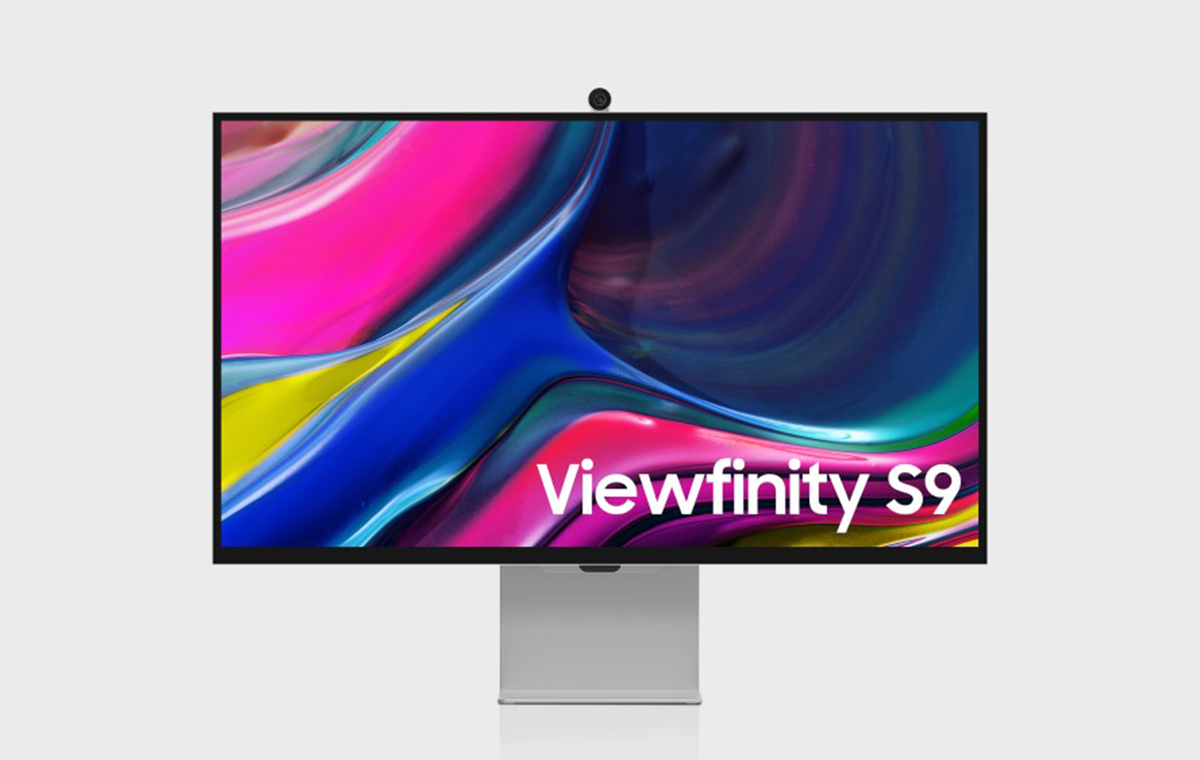 The new 27-inch Samsung ViewFinity S9 (S90PC) is a 5K resolution (5,120 x 2,880 pixels) IPS LCD panel with 99% coverage of DCI-P3 and an average Delta E of ≦ 2. That means that it caters specifically to creative professionals who require colour accuracy, but it’s also an option for corporate professionals who want a powerful, accurate display for home or office work.

Included in the ViewFinity S9 is a built-in Colour Calibration Engine that looks at brightness, gamma, and RGB colour balance (requires a phone that has Samsung Smart Calibration app). It also has Matte Display to reduce glare.

Ports offered are USB-C and Thunderbolt 4 for users who need to connect cameras or transfer huge amounts of data to their PC. In fact, Samsung includes a 4K resolution SlimFit camera, supporting videoconferencing apps like Google Meet via Samsung Smart Hub.

The 27-inch Samsung ViewFinity S9’s pricing and availability will be announced at a later time. 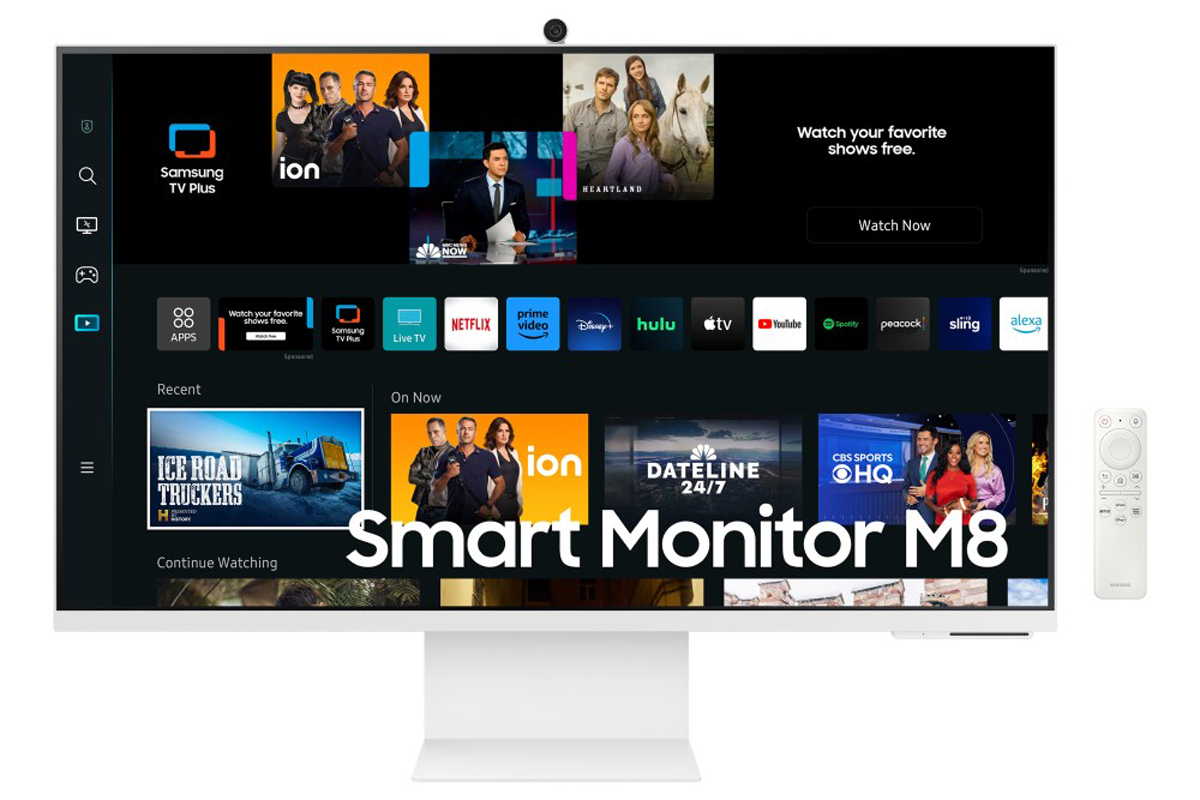 To complement the existing 32-inch variant is a new 27-inch Samsung Smart Monitor M8 (M80C) for all-inclusive home use – be it for entertainment, light work, or just running a ton of source devices in one panel.

It’s also at 4K resolution like its older counterpart despite the smaller panel. For convenience, it has 90° pivoting and VESA mounting compatibility, so the Smart Monitor M8 can truly fit in any home.

The true perk of owning the Samsung Smart Monitor M8 is the smart home controls offered via its built-in SmartThings Hub. You can adjust smart locks, doorbells, lights, etc., and that’s even before Samsung includes Matter functionality and support for Home Connectivity Alliance Standards for its monitor (this year onwards).

Integrated into the panel is Bluetooth connectivity for phones, and a 2K resolution SlimFit camera for video calls.

To protect everything, the monitor also has built-in Samsung Knox Vault for on-device security.

The 27-inch Samsung Smart Monitor M8’s pricing and availability are not out yet, but we’ll update again when the details come to us.

Join HWZ's Telegram channel here and catch all the latest tech news!
Our articles may contain affiliate links. If you buy through these links, we may earn a small commission.
Previous Story
Sharp to display flagship AQUOS XLED TVs for the 1st time, including 120-inch prototype
Next Story
Razer's new Blade 16 and 18 gaming notebooks are taller and faster than ever