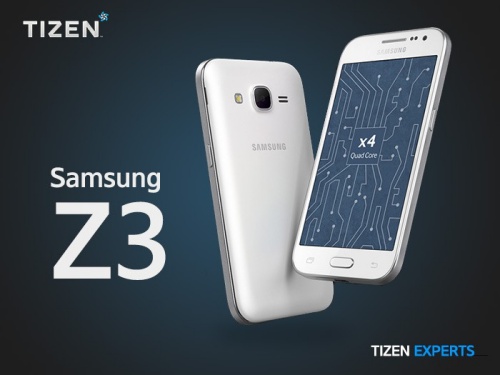 Staying committed to its plans for Tizen, Samsung is rumored to be releasing the next smartphone powered by the Tizen OS in the coming weeks.

According to tech site Tizenexperts, inside sources claim that the next Tizen-powered Samsung smartphone will be called the Z3 and has almost similar specs as its Android counterpart, the Galaxy Core Prime. This means we are looking at entry-level specs such as a 4.5-inch display, Qualcomm Snapdragon 410 quad-core 1.2GHz processor, 1GB RAM, 8GB internal storage space and a 2,000mAh battery.

Samsung unveiled the Tizen Store a month ago with 25 apps and invited developers to start coding apps for the Tizen platform. At the moment, there is only one device - the Samsung Z1 - that supports the Tizen Store.

The Samsung Z1 was announced last June, and is only available in India and Bangladesh. If the insiders are right, the Samsung Z3 will debut in the next few weeks.

Join HWZ's Telegram channel here and catch all the latest tech news!
Our articles may contain affiliate links. If you buy through these links, we may earn a small commission.
Previous Story
Mini PCs at Computex 2015: Computing in your pocket
Next Story
Apple will not introduce new TV hardware at WWDC 2015