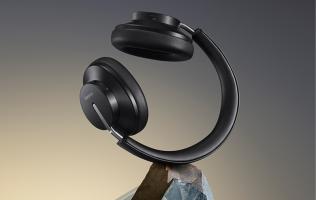 Based on a since-pulled Amazon pre-order listing spotted by Tom’s Hardware, Samsung is about to announce a new 870 QVO SSD, which comes in capacities up to a staggering 8TB.

From the unintended leak, the 870 QVO will at least come in two options: 1TB and 8TB. The current 860 QVO is also available in 2TB and 4TB, so it’s fair to assume that these capacities would make their way into the eventual lineup.

It’s unclear what improvements the 870 QVO offers over the 860 QVO. The 860 QVO, for those unaware, targets users who want the capacity of traditional HDDs but the speed of modern SSDs. It uses Samsung’s 4-bit QLC V-NAND memory, comes in the 2.5-inch form factor and has a SATA 6Gbps interface. It also boasts sequential read and write speeds of up to 550 and 520 MB/s respectively.