Samsung is releasing three new Dolby Atmos soundbars this year, and the first one is coming in April

Samsung to release three new Dolby Atmos soundbars this year, and the first one is coming in April 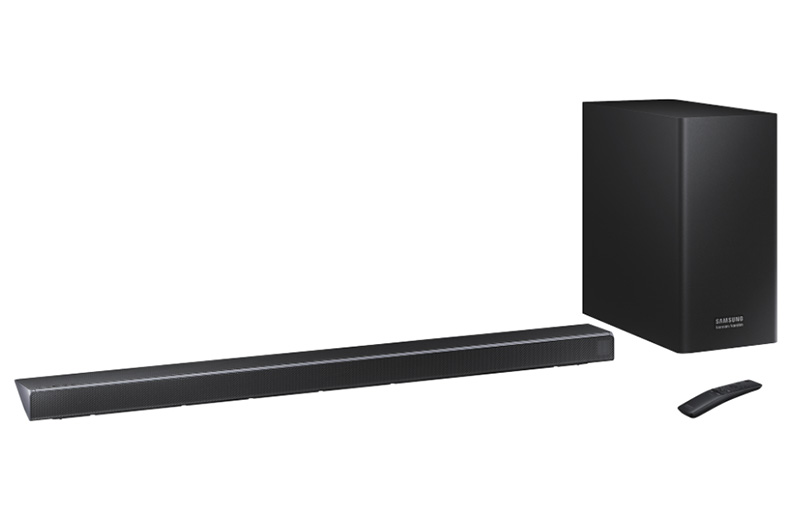 Note: First published on Jan 15, this article was updated on Mar 25 to include local pricing and availability info.

In addition to new 8K and 4K QLED TVs, Samsung has also updated its soundbar lineup. And the story this year is there are more Atmos soundbars to choose from.

Briefly, there are four new Q series soundbars from Samsung in 2019. The flagship is the Samsung Harman Kardon HW-Q90R, a 7.1.4-channel soundbar not unlike the current HW-N950. It has up- and side-firing speaker units as well as rear drivers, and it supports both Dolby Atmos and DTS:X audio. It also includes a Game Pro mode for more precise audio positioning when you’re playing games, a new Adaptive Sound feature, and support for 4K HDR passthrough (including HDR10+).

No price is given for the Q90R yet, but I reckon it's in the ballpark of the excellent but expensive HW-N950. The good news is, for those looking for something more affordable, Samsung is also coming out with two more Atmos soundbars - the HW-Q80R and HW-Q70R.

Successor to the HW-N850, the new HW-Q80R is a 5.1.2-channel package, and it too supports Atmos and DTS:X and has up-firing and side-firing speakers. Like the Q90R, the Q80R is expected to go on sale at a later date and its price is still to be confirmed.

If you need a Atmos soundbar soon, your best option is the HW-Q70R that's coming next month. A 3.1.2-channel soundbar, the Q70R also supports Atmos and DTS:X. Samsung is also touting an Adaptive Sound technology that will analyze content played on a QLED TV and then automatically select the best sound settings. Additionally, the 337W soundbar features Samsung’s proprietary Acoustic Beam (which we already saw on the HW-N650), a tech that makes use of an array of holes on the speaker to simulate panoramic sound.

Also coming is the HW-Q60R, a 5.1-channel soundbar that features the aforementioned Adaptive Sound and Acoustic Beam tech. However, this 360W soundbar doesn't support Dolby Atmos and DTS:X audio.

The HW-Q70R will arrive in local stores in April, and is priced at S$1,599. Samsung is running a promo that lets you buy the soundbar for S$1,099 if you were to buy it together with a QLED TV.

Join HWZ's Telegram channel here and catch all the latest tech news!
Our articles may contain affiliate links. If you buy through these links, we may earn a small commission.
Previous Story
Twitch's new Squad Stream feature will let four streamers broadcast in the same window
Next Story
Google wants to AMP up Gmail to make interactive emails more useful