Samsung Mobile Singapore has revealed the One UI 2 upgrade with Android 10 roadmap for its mobile devices on the Samsung Members app.

Starting from February, the Galaxy Note10/10+, Galaxy Note9, S9/S9+ and A30 will be getting the update. This will be followed by the Galaxy A70, A80 and Galaxy Fold in April. The update for the Galaxy S10 series has been completed as of this month.

For tablets, the wait is longer; the Galaxy Tab S6 will be receiving the update in May while the Galaxy Tab S5e is scheduled to receive it in August. The Galaxy Tab A 10.5 and Tab A 10.1 will be updated in September and October respectively.

Samsung states the update schedule and eligible models could be changed if any issues are encountered during the ongoing review. Consumers who receive the update can expect new features such as Dark Mode, a refined interface, full screen gestures and enhanced animation. 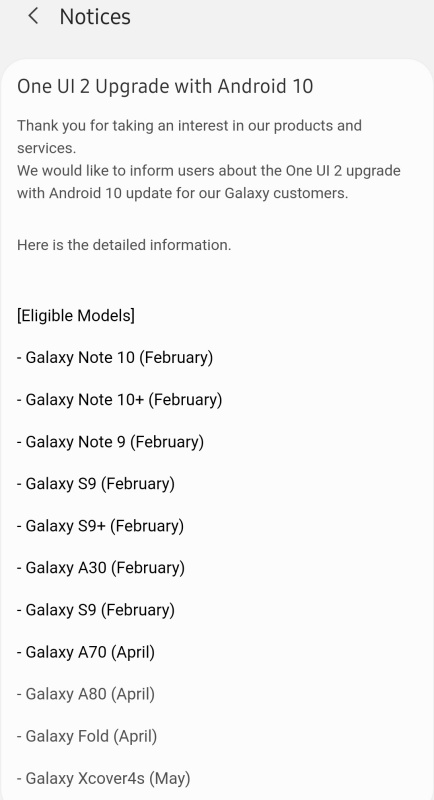