Samsung Pay will come to Singapore in Q2 2016

Samsung Pay will come to Singapore in Q2 2016 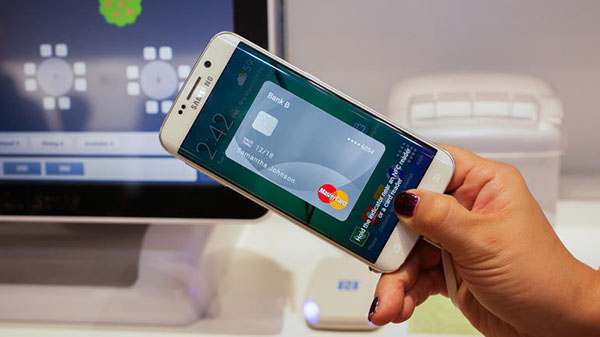 Shortly after Apple announced how Apple Pay is live in Singapore, Samsung announced that their Samsung Pay will be available in Q2 2016. Since we are technically in Q2 2016 now, we are coming close to using a Samsung device as a digital wallet to pay for goods.

As such, Singapore will be one of the first countries in Southeast Asia to experience payment with a simple wave of your Samsung smartphone across a new or existing payment terminal for day-to-day transactions. This also means that Singapore will be joining the ranks of South Korea, the U.S., and China in being one of the first few countries to use this mobile payment service.

According to Samsung, 71 percent of Samsung users in Singapore are interested in using Samsung Pay. Samsung arrived at this conclusion after a study earlier in February which involved 400 Singapore respondents. Samsung also observed that one in three Singaporeans are making Visa PayWave contactless payments, and they believe that it is a viable time to introduce Samsung Pay as another option for cashless transactions.

When we last checked in on Samsung Pay's development, we understood that the Singapore adaption of this digital wallet service will be supported by banks such as DBS, OCBC, and Standard Chartered, as well as credit cards such as American Express, MasterCard, and Visa. The Samsung Pay platform already has 5 million registered users, and it has processed over US$500 million in transactions within its first six months of launch.

Samsung said that the following merchant categories will be possible in Singapore:

Samsung Pay will be available on the Samsung Galaxy Note 5, Galaxy S6 edge+, Galaxy S7 and S7 Edge upon its launch in Singapore.

Join HWZ's Telegram channel here and catch all the latest tech news!
Our articles may contain affiliate links. If you buy through these links, we may earn a small commission.
Previous Story
Samsung unveils pink gold Galaxy S7 and S7 edge
Next Story
Sony rumored to be releasing upgraded PS4 with faster CPU, GPU and RAM