The Samsung-led HDR10+ ecosystem now has support from 45 companies, including Arm and Qualcomm

The Samsung-led HDR10+ ecosystem now has support from 45 companies, including Arm and Qualcomm 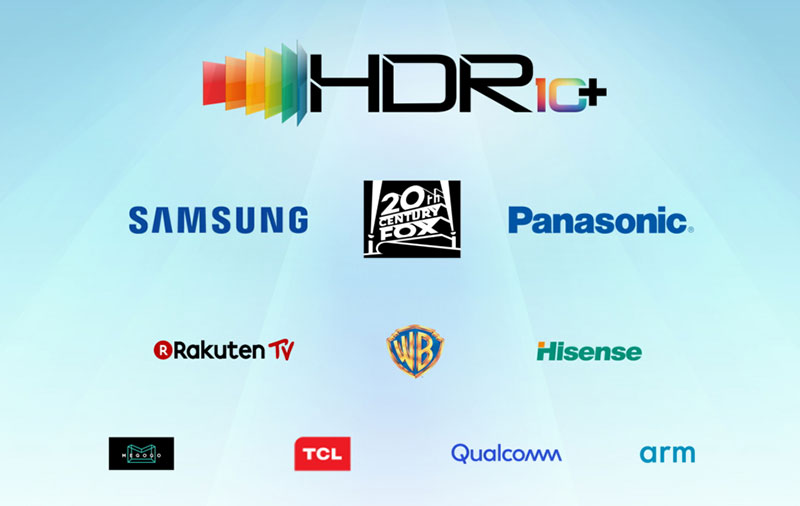 In the beginning (that’s April 2017), HDR10+ was also supported by Samsung and Amazon Video. A few months later, the HDR10+ Alliance was formed, and this list grew to include Panasonic and 20th Century Fox. And in January 2018, Warner Bros. announced its support for the format.

Fast forward a year and Samsung has announced that the HDR10+ ecosystem now includes 45 partners, with new partnerships with companies that are in the online streaming, content service, and semiconductor industries.

For example, Rakuten TV, a European online streaming service, will begin offering HDR10+ content in the first half of next year. MEGOGO, a major CIS and Eastern Europe OTT/VOD service provider, is also currently finishing its HDR10+ licensing process, and would soon be releasing HDR10+ content on its platforms. Moscow-based ARSPRO, a production studio that has implemented HDR10+ technology, has also successfully carried out the remastering of the first several series of programming in HDR10+. Also, the largest Russian OTT/VOD service ivi already started presenting five European series in HDR10+ to Samsung Smart TV users for the first time in Russia and CIS region beginning this month. And last but not least, Warner Bros. has already created over seventy HDR10+ compatible titles, and is said to be planning to make over 100 titles available for digital distribution by early 2019.

Samsung is also working with major smartphone chip manufacturers to help ramp up HDR10+ adoption. Arm is joining the HDR10+ Alliance, and Qualcomm has announced that its new Snapdragon 855 chip will support HDR10+.

Join HWZ's Telegram channel here and catch all the latest tech news!
Our articles may contain affiliate links. If you buy through these links, we may earn a small commission.
Previous Story
Apple will begin building high-end iPhones in India next year with Foxconn
Next Story
Samsung to showcase new The Frame and The Serif TVs at CES 2019