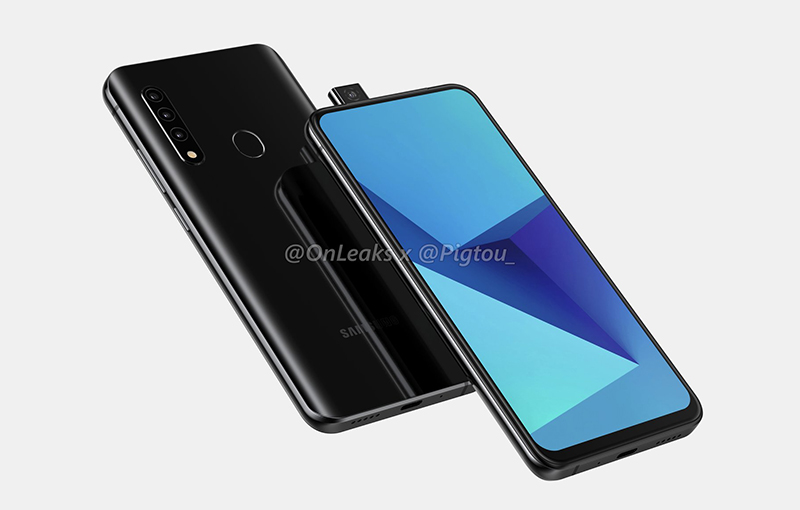 So... #Samsung is currently working on it's first pop-up selfie camera phone. Here comes your very first look at this yet unknown device!

The renders also show that the phone will likely have a rear-mounted slate as the fingerprint sensor, and a rear triple camera system. 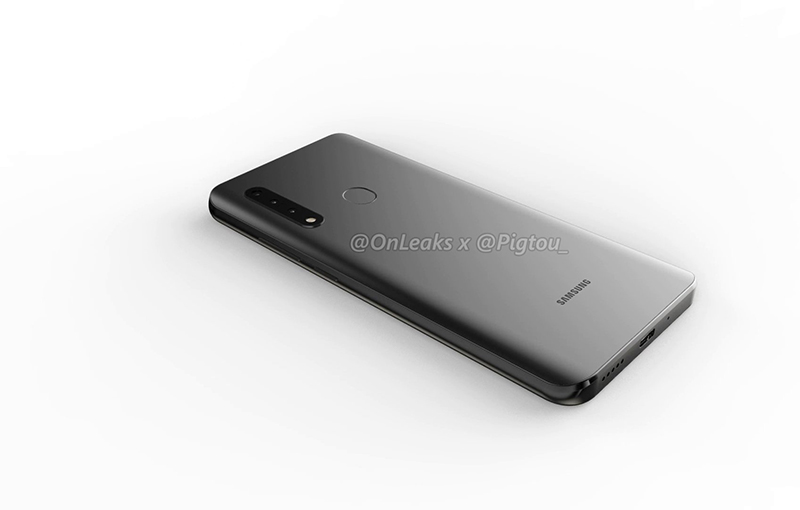 Pop-cameras on phones isn't new, especially with the OnePlus 7 series implementing a reasonably successful version of it in recent-ish times. However, if these leaks proved true, this could very well be Samsung's first smartphone with a real pop-up camera. 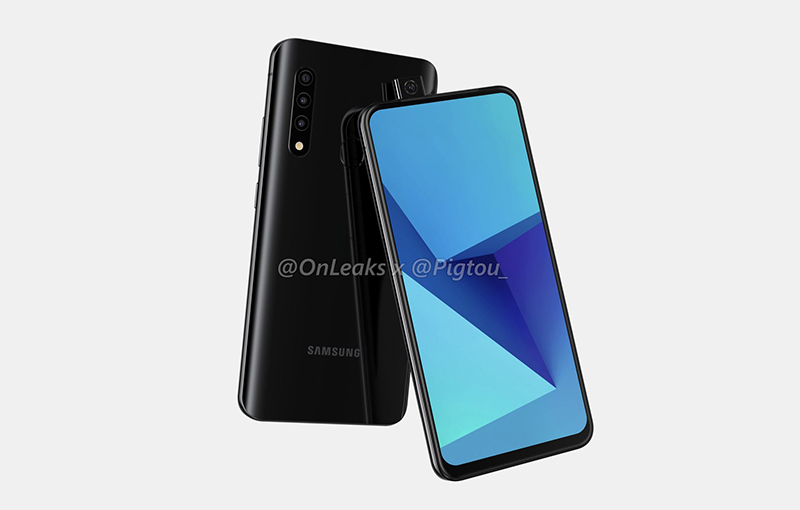 Both the tipster and design collaborator are pretty sure that the leaked Samsung will adopt a curved design language for the device. While it's not confirmed, Samsung usually uses this design language across their Galaxy A series phones. If you compared it to the Samsung Galaxy A80 (which also had an interesting front camera mechanism), it pretty much does look like the leaked Samsung would be the next mid-range update in the works. 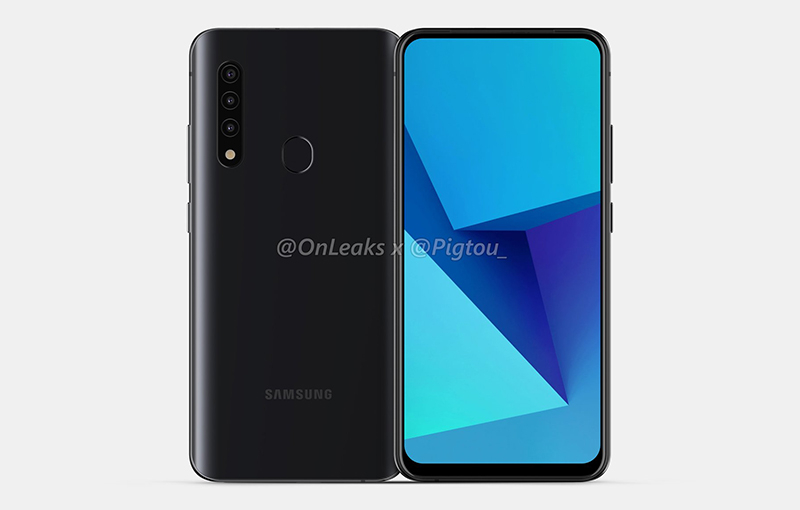 Of course, the main benefit of having a front-facing pop-up camera is the flawless, no-notch-or-holes display that comes with the device. That should pair quite well with Samsung's use of vibrant display panels. All this is still quite hard to ascertain, since the leaks didn't hint at any hardware specifications so far - at least, not beyond its 6.5-inch panel and its likely dimensions.