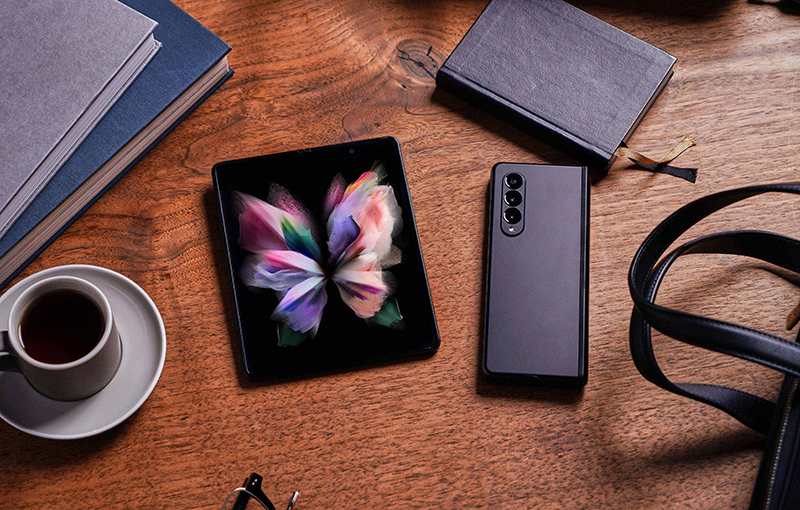 Samsung unveiled the new Galaxy Z Fold3 5G, and it’s likely Samsung’s best attempt yet at making a book-style foldable phone. According to the company, the Z Fold3 was built upon user feedback, and what past Z Fold users told them to improve upon.

To start, the Samsung Galaxy Z Fold3 5G is Samsung’s 2021 premium flagship smartphone device, sitting above mainstream flagship alternatives like the Galaxy Z Flip3 and Galaxy S21 series. Moreover, it patches up on features big and small, making it a more powerful and more sensible Fold phone than any of its predecessors. 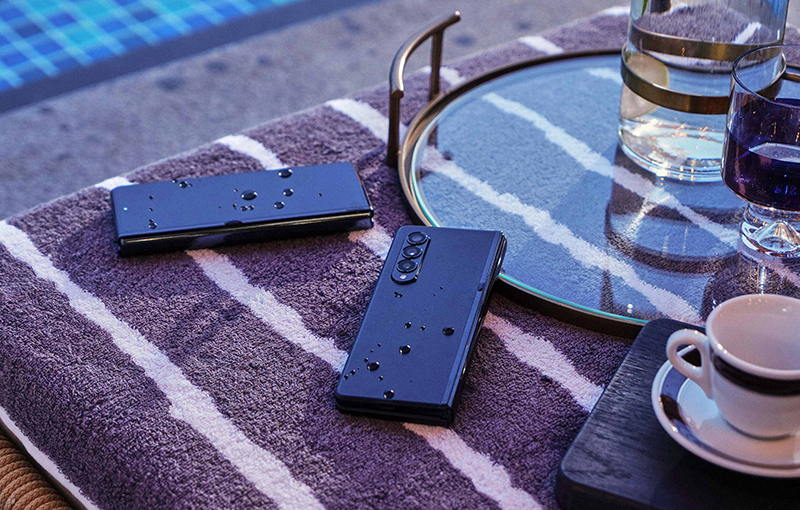 Galaxy Z Fold3 now has IPX8 resistance, a much-needed rating for the phone to be taken seriously as a premium flagship device. IPX8 lets the Z Fold3 withstand up to 30 minutes of freshwater submersion at 1.5m depth but offers no dust resistance. The previous Fold2 was not IP-rated, so that’s a huge plus to the phone’s durability. 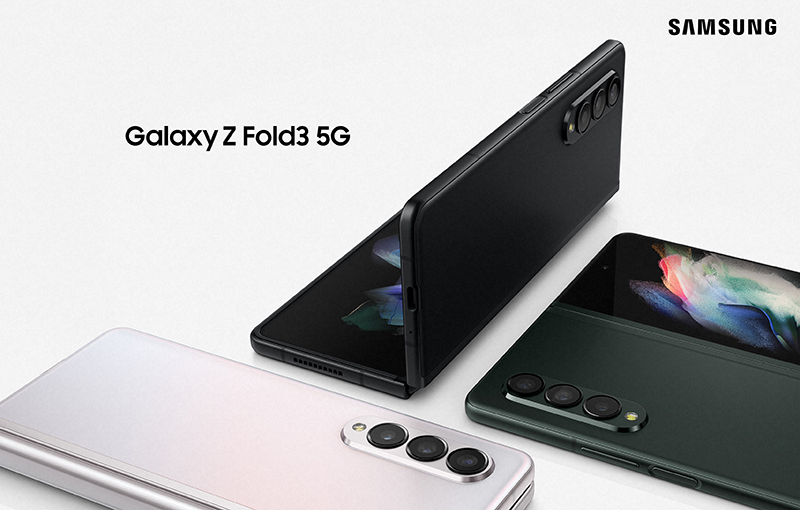 Fold3 also furthers its toughness with improved materials. Now, the chassis uses Armor Aluminum, which is 10% stronger than its predecessor’s body. Additionally, Gorilla Glass Victus now covers both front and rear on the Z Fold3, instead of using different Gorilla Glass grades like before. Inside, the Main Screen’s new protective film is 80% more durable to scratches when compared to the Fold2’s film layer.

These enhancements are built on the existing CAM folding mechanism for Samsung’s foldable Galaxy Z phones, which returns to the Z Fold3.

120Hz display inside and out, plus an under-display camera 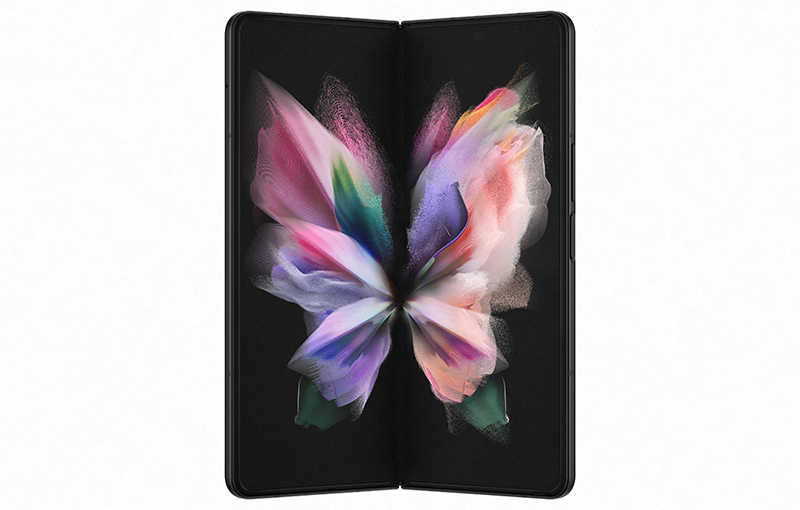 Both the Cover Screen and Main Screen are now at 120Hz refresh rate, making App Continuity more seamless than ever before. Previously, the Cover Screen offered 60Hz. With the 120Hz parity across both screens, streamed video content can be equally smooth, no matter which display the Z Fold3 user is on. 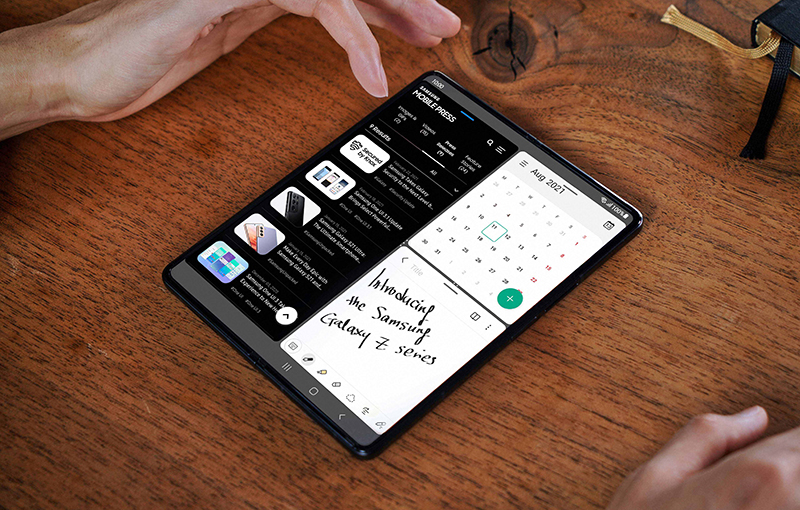 To help app compatibility along, the Z Fold3 has a Labs submenu in the Settings that grants device-level optimisation for apps. Beyond tweaking the unique display for apps, Labs also offers controls for auto-rotation, Multi-Window, Split View, Flex Mode, and many other display perks that were once individual and separate. Additionally, the Taskbar (where your App Pair shortcuts are) can now be locked, so they stay permanently available on the Home Screen. 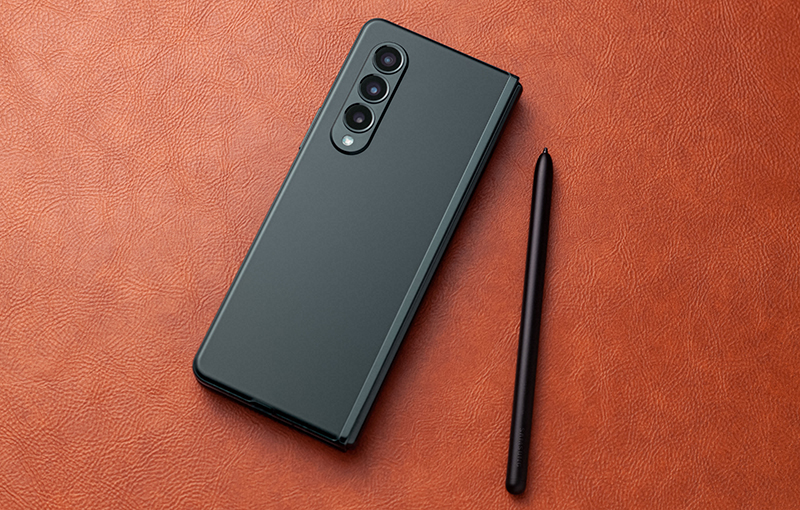 Samsung Galaxy Z Fold3 5G is also Samsung’s first foldable phone that works with an S Pen. The flagship gets S Pen compatibility much in the same way the Galaxy S21 Ultra did. In fact, there are two S Pens introduced with (and sold separately from) the Z Fold3 - the Bluetooth-enabled S Pen Pro, which was announced in H1 2021, and the S Pen Fold Edition that works exclusively with the Z Fold3, which has no Bluetooth pairing.

Other cameras stay the same

Camera enhancements are in its interface upgrades, with improved interaction for Dual Preview (for Cover Screen previews when shooting with rear cameras) and Capture View (rolling preview of past 100 captures on Main Screen).

Singapore's Galaxy Z Fold3 units come with a Qualcomm Snapdragon 888 chipset, the Qualcomm-made mobile processor for true 2021 flagship-grade phones. The chipset also makes the Fold3 compatible with 5G networks. This adds to the growing number of Samsung flagship alternatives that use Qualcomm’s flagship-grade chips instead of its Exynos processors. 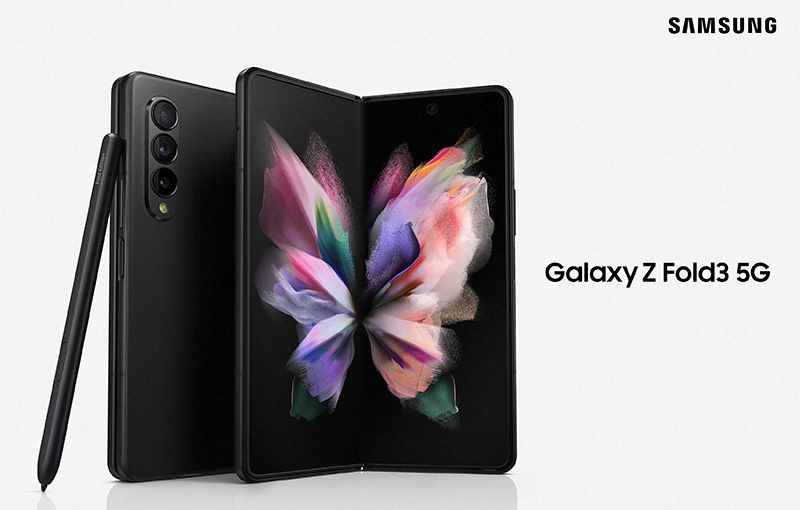 While it’s not noticeable to the eye, Z Fold3 also managed to be slimmer and lighter despite all the physical and software-based upgrades. The phone now measures 6.4mm thin when unfolded (down by 0.5mm), and at 16.0mm at the hinge when folded (down by 0.8mm). It’s also 11g lighter, at 271g. 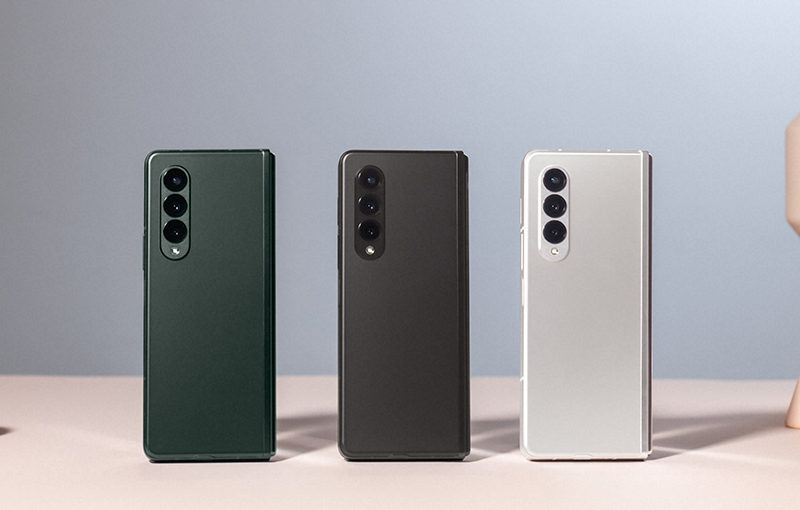 The Samsung Galaxy Z Fold3 comes in Phantom Green, Phantom Black, and Phantom Silver finishes. They officially retail at S$2,398 (256GB storage) and S$2,548 (512GB storage) - the lowest launch price in the history of Z Fold phones thus far. Pre-orders begin on 11 August 2021, with a launch date of 10 September 2021. Customers who pre-order the Galaxy Z Fold3 can start receiving their purchases as early as 2 September 2021.