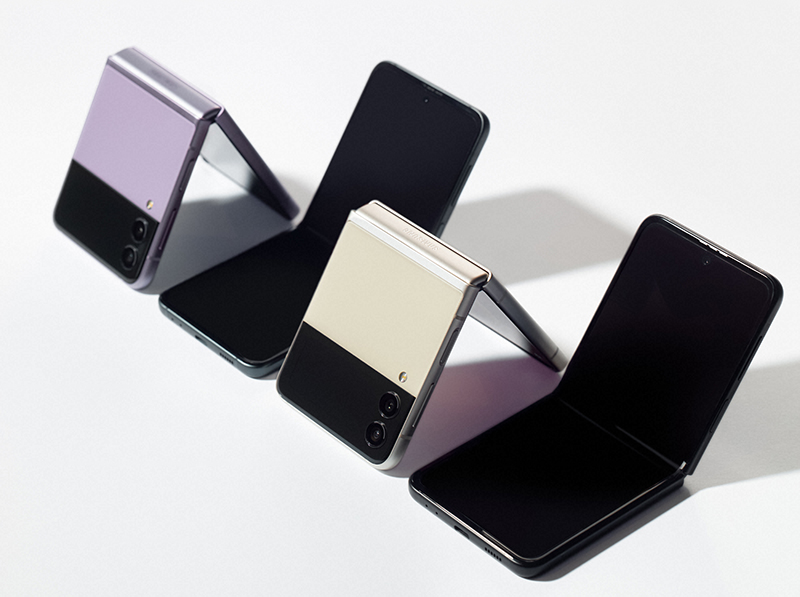 Joining the book-style foldable Galaxy Z Fold3 this year is Samsung’s other foldable smartphone, the Samsung Galaxy Z Flip3. If you believe that foldability should confer better portability without denying flagship features, the Z Flip3 is here to show us what Samsung managed to do with its flip-style phone. 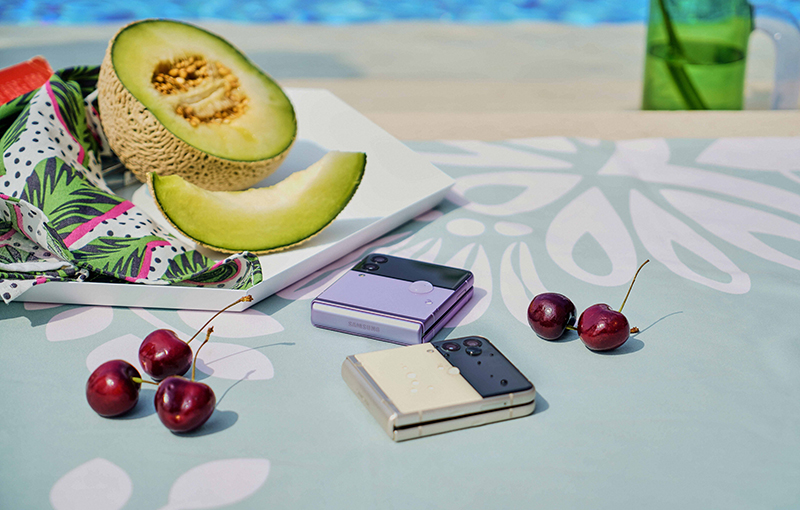 Like the Z Fold3, the Samsung Galaxy Z Flip3 is also IPX8 water-resistant. That means it can withstand freshwater of 1.5m depth for up to 30 minutes, but has no rated dust resistance. Armor Aluminum also comes to the frame and hinge of the flip-style foldable, making the body 10% stronger than its predecessor. 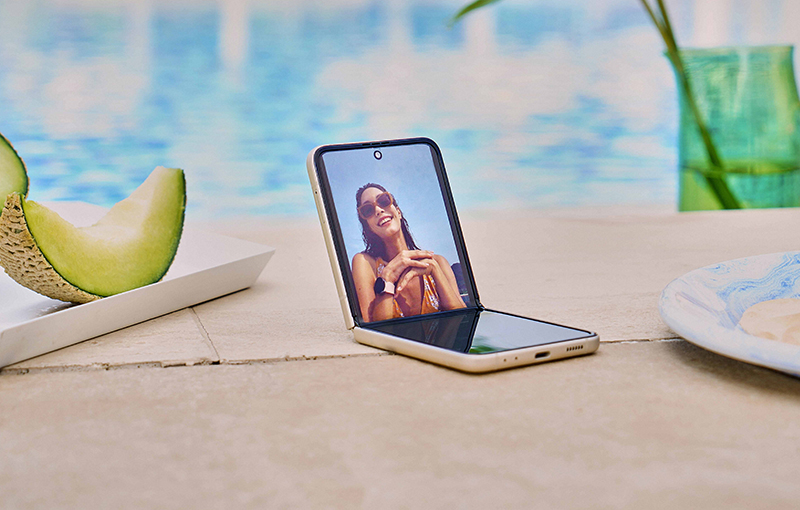 The Z Flip3 also receives the new protective film layer on its Main Screen (the folded display), which is 80% more durable to scratches when compared to its predecessor. Z Flip3 also uses Corning Gorilla Glass Victus, just like the Z Fold3. 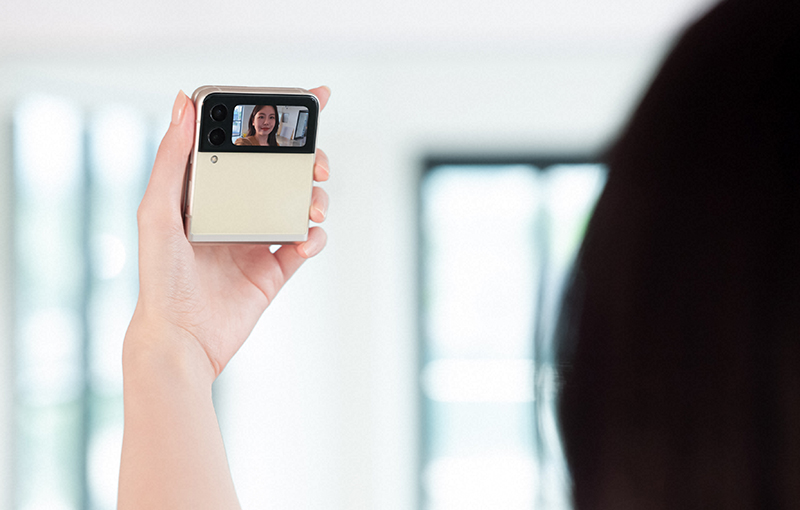 The little display on the outside of the Z Flip3 isn’t so little anymore. According to Samsung, the Cover Screen is now four times bigger than the one on its predecessor (Z Flip), sitting at 1.9-inch (Super AMOLED, 260 x 512 pixels resolution). It supports notifications from e-mail and messaging apps, has eight Widgets (music, weather, schedule, alarm, Samsung Health, Buds controller, voice recorder, timer), Samsung Pay support, and Quick Setting controls - all without having the user unfold their Z Flip3. 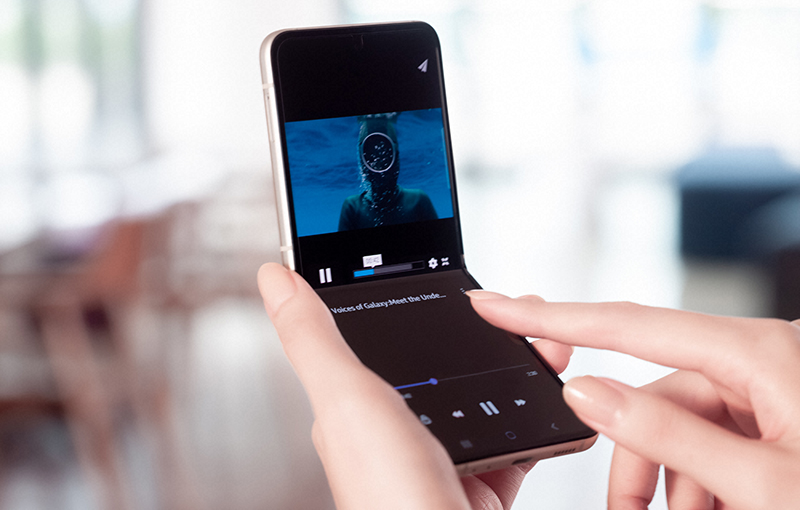 The 6.7-inch Main Screen is an FHD+ Dynamic AMOLED 2X Infinity Flex display (2,640 x 1,080 pixels resolution) with a 120Hz adaptive refresh rate. At the top of the Main Screen is a pinhole front camera (10MP, f/2.4), virtually unchanged from its predecessor. 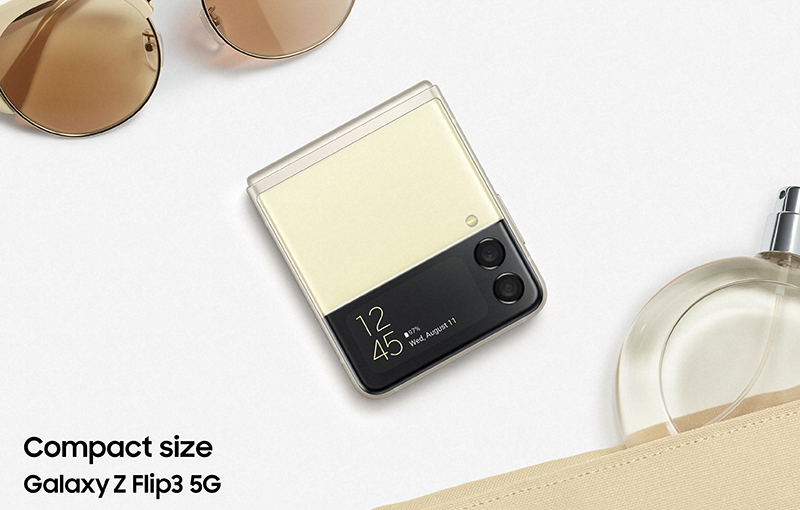 While the dual rear cameras pack the same specs - at 12MP main (f/1.8, Dual Pixel AF, OIS) and 12MP ultra-wide (f/2.2), the camera windows are now protected with Gorilla Glass with DX. The new glass for the lenses is also extended to the Z Fold3.

As a flagship Samsung phone, the Z Flip3 also comes with a Qualcomm Snapdragon 888 chipset. The chipset makes the Flip3 compatible with 5G networks, on top of providing one of 2021’s fastest and most powerful mobile processing performance money can buy.

The Flip3 retains its 3,000mAh battery and side-mounted fingerprint sensor. Samsung somehow still managed to make the Flip3 even thinner than before; it’s now 17.1mm (folded, thickest point), 6.9mm (unfolded), and 183g. The predecessor was 0.2mm and 0.3mm thicker, respectively, while weighing the same. 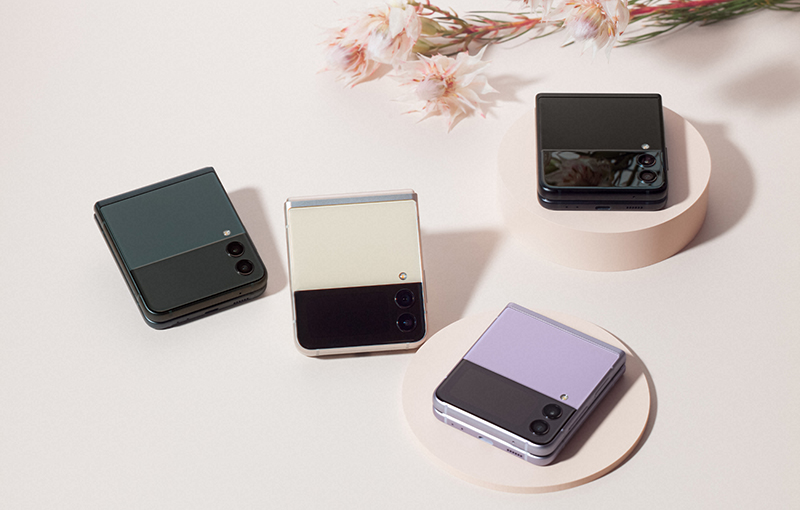 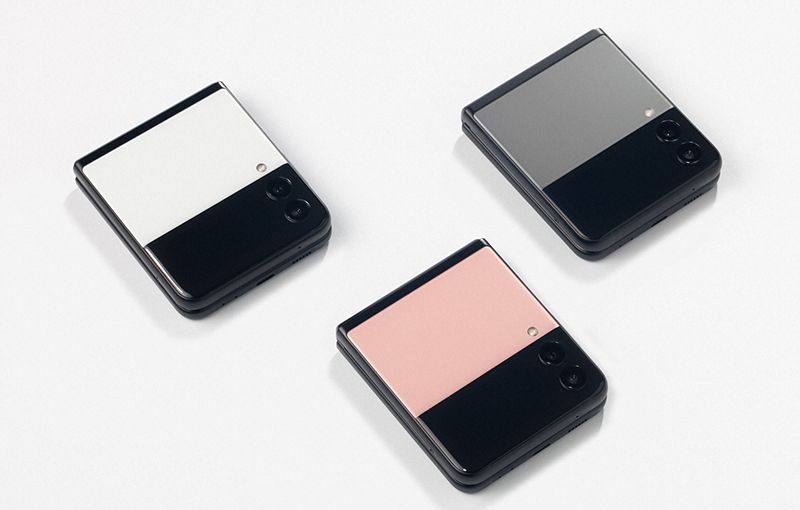 Samsung also offers three online-exclusive, two-tone colours for the Z Flip3 - Gray, White, and Pink. These are only available via Samsung’s online store. 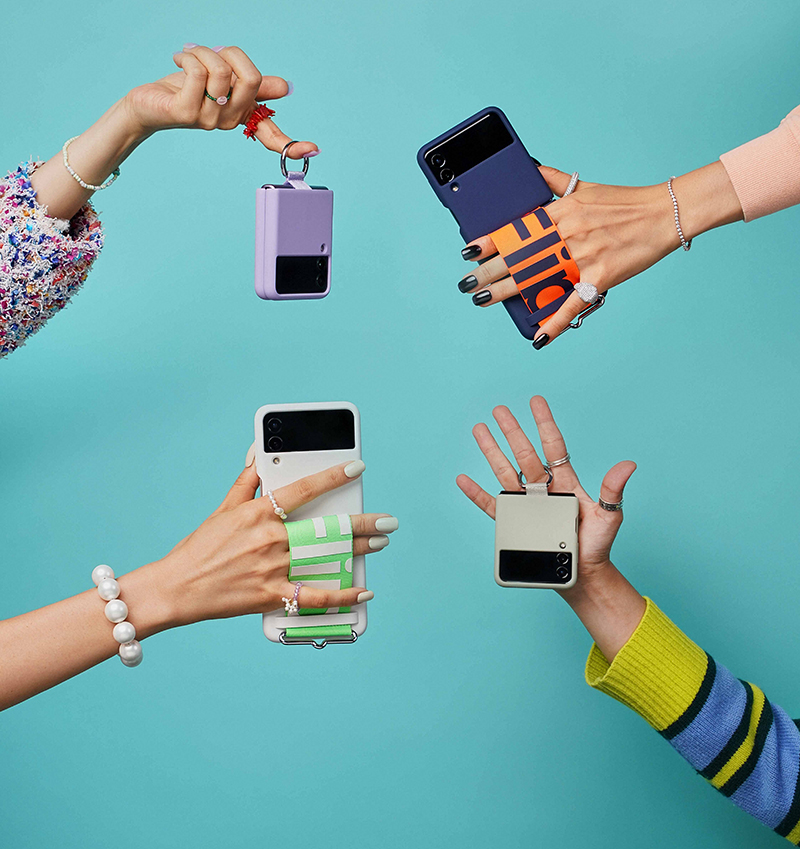 The Galaxy Z Flip3 officially retails at S$1,398 (128GB) and S$1,498 (256GB). Not only are they on par with the starting prices seen on the Galaxy S21 series flagship phones, but the Z Flip3 also has the lowest official starting price in its history (the older models launched at S$1,998).

Join HWZ's Telegram channel here and catch all the latest tech news!
Our articles may contain affiliate links. If you buy through these links, we may earn a small commission.
Previous Story
Samsung launches Galaxy Z Fold3 5G with water resistance, under-display camera, and S Pen support
Next Story
Explore the world of Tales of Arise in a free demo coming next week