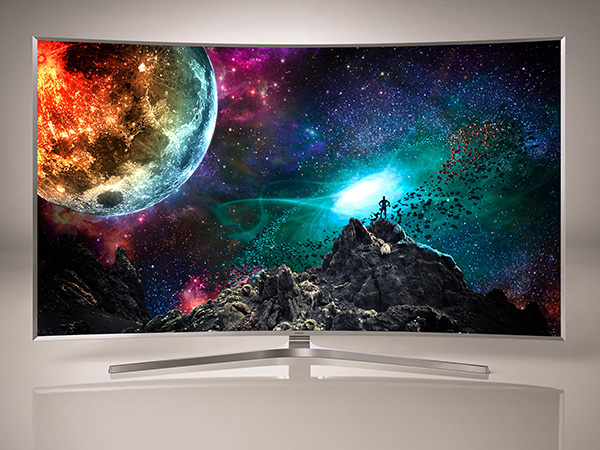 Samsung unveiled three new TV models featuring the latest quantum dot technology at a pre-CES press conference today. The new series of premium TVs will be branded as SUHD TV, with the prefix S in SUHD to indicate the new range of TVs with superior picture quality, stunning contrast, striking brightness and spectacular color. The announcement by Samsung isn't much of a surprise since LG announced its intention to bring TVs with the same technology to CES earlier last month.

Although we've heard how quantum dot technology can improve picture quality, not much technical details were revealed. What we know is that Samsung's own proprietary technology involves using "nano-crystal semiconductor to transmit different colors of light depending on their size to produce the highest color purity and light efficiency". That statement from Samsung don't really help explain much of the technology, but what we do know is that it purportedly improves colors by up to 64 times more than conventional TVs. Combined with Samsung's new re-mastering engine, the brightness and contrast levels of images are further improved with 2.5 times brighter than conventional TVs and twice the color adjustment points. 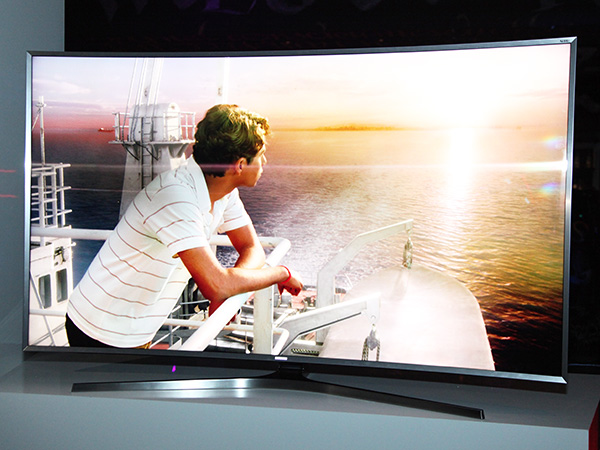 Besides enhanced picture quality using the quantum dot technology, all new 2015 Samsung Smart TV models, including new SUHD TV models, will be powered by a very responsive Tizen operating system, an open-source platform that supports the web standard for TV app development. Apart from being more responsive and easier to access content from the web, the new Smart TVs will also recognize Samsung smartphones when paired via BLE (Bluetooth Low Energy) - enabling videos to be shared from their mobile devices quickly with the press of a button. According to Samsung, users can also watch TV through their mobile devices without any apps or complicated settings. 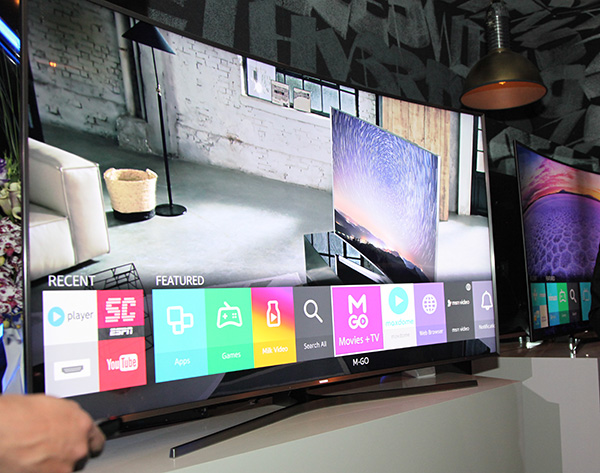 With over 700 apps available for the new Tizen platform on Samsung's 2015 TV line-up, consumers will get access to a large content ecosystem. In addition, Samsung's partnership with providers like Amazon, Comcast, DIRECTV and M-GO will allow consumers to access an even wider choice of UHD movies and TV shows. Samsung has also enabled a new UHD movie download service utilizing its existing UHD Video Pack in partnership with M-GO, a TVOD service joint venture between Technicolor and DreamWorks Animation. This download service uses the SCSA (Secure Content Storage Association) standard, allowing users to watch UHD movies on both Samsung SUHD and UHD TVs.

The new Samsung SUHD TV line-up in 2015 will offer up to nine screen sizes from 48- to 88-inches in three different series, JS9500, JS9000 and JS8500. Pricing has yet to be made known at this point, but what we do know is that SUHD TVs will be Samsung's flagship TVs in 2015 and will priced above regular UHD TVs. 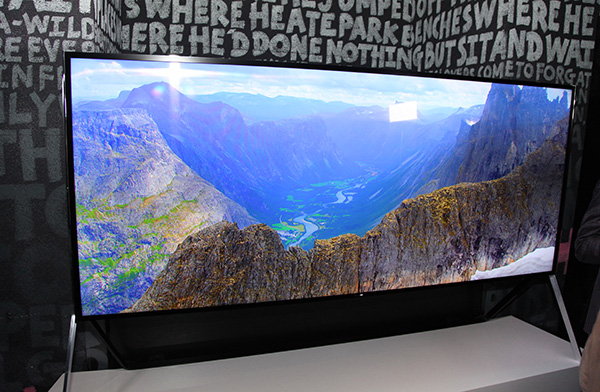 Join HWZ's Telegram channel here and catch all the latest tech news!
Our articles may contain affiliate links. If you buy through these links, we may earn a small commission.
Previous Story
Epson announces new Runsense GPS running watch and M-Tracer golf swing analyzer
Next Story
The iSetWatch aims to improve your tennis performances