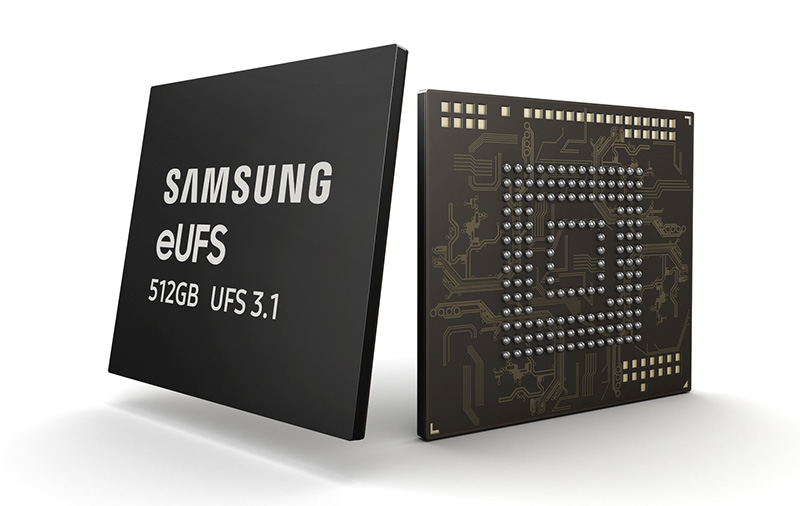 Samsung has just announced that it has begun mass producing the industry’s first 512GB eUFS 3.1 (embedded Universal Flash Storage) for use in flagship smartphones.

For those unaware, Samsung has been making high-capacity eUFS solutions for a few years now. According to the company, this latest 512GB eUFS 3.1 offers three times the write speed of its eUFS 3.0 predecessor.

To be more specific, Samsung says the new mobile memory has a sequential write speed of over 1,200MB/s. Sequential read speed tops out at 2,100MB/s, but that’s unchanged from last year’s 512GB eUFS 3.0 memory.

Random read and write performances have also been improved, coming in at 100,000 IOPS (Input/Output Operations Per Second) and 70,000 IOPS respectively. To be clear, all these are numbers for the 512GB option; Samsung’s eUFS 3.1 lineup also includes other capacities: 256GB and 128GB.