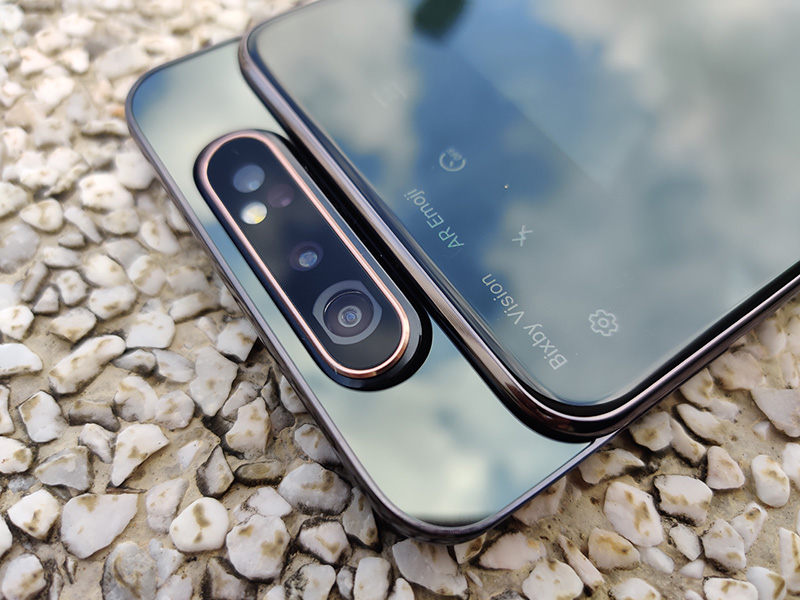 More than a year after releasing the Galaxy A80 with the swivelling triple-camera module, Samsung seems to be working on a new design with a rotating pop-up camera system.

Based on the patent published by the World Intellectual Property Office, Samsung is exploring to design a future phone with a rotating pop-up rear camera system. The rear camera system will slide up and rotate 180-degrees to face the user and take selfies.

Unlike the Galaxy A80 with a horizontal camera layout, the vertical layout of the lenses on the future phone will enable the lens at the top to take the selfie. There is also documentation suggesting that two lenses can be used at the same time , which opens up the possibility that an ultra-wide angle lens could be used. However, the rotating system appears to be powered by a motor, gears and a propeller shaft. With so many moving parts, it could raise some durability concerns.

Could this patent be a hint of what's to expect from the successor of the Galaxy A80? 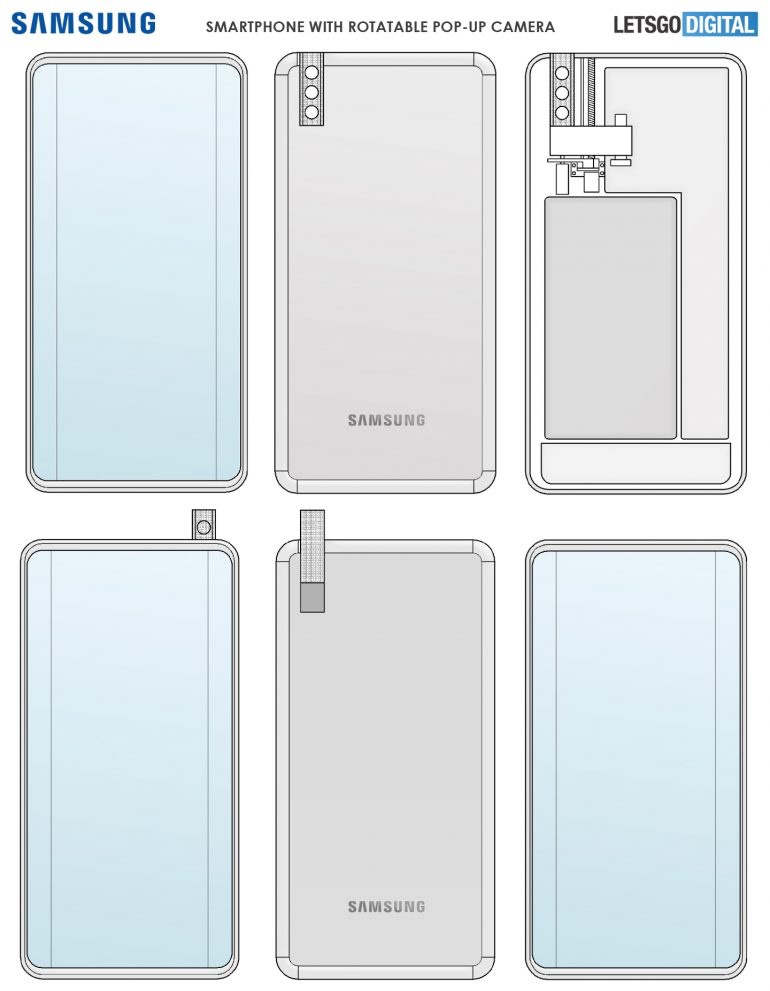