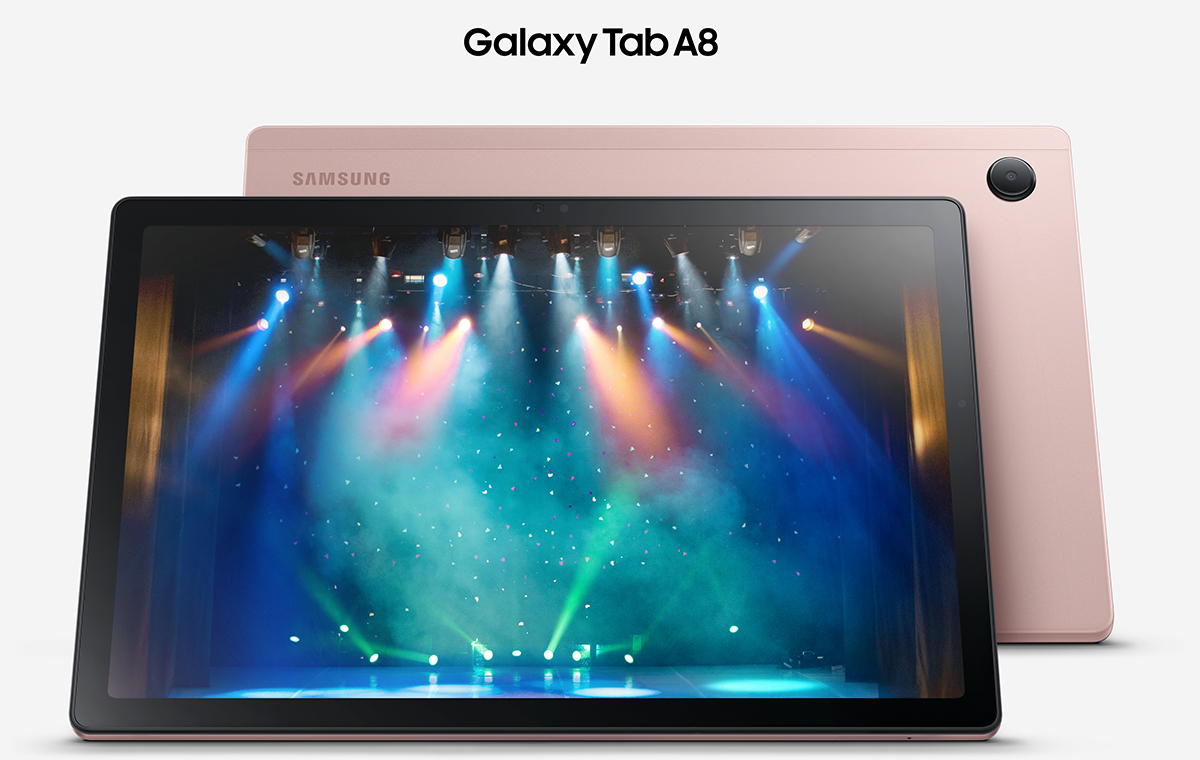 Samsung today announced the Galaxy Tab A8, a 10.5-inch tablet built for entertainment across all ages.

A standout feature is its 80% screen-to-body ratio with a relatively slim bezel, making it an attractive 10-inch tablet that can go against Apple’s 2021 iPad (which doesn’t have slim bezels because of the Home Button). For display geeks, it’s a 1,920 x1,200 pixels resolution TFT panel.

Samsung positions the Galaxy Tab A8 as an ideal companion for entertainment, education, and light productivity for school or work. The software’s based on Android 11, running Samsung very own UI.

With Samsung’s flavouring, some flagship-tier features on the Tab S7 series also cascade down to the Galaxy Tab A8. The newer tablet gets system-level enhancements like Multi-Active Window, Drag & Split, and an all-new Screen Recorder feature, on top of Samsung Knox personal security capabilities.

When compared to its predecessor (Galaxy Tab A7), the Tab A8 has a 10% faster CPU and GPU on its processor (UniSOC T618). Inside is a 7,040mAh battery with 15W fast-charging. It boasts Wi-Fi 5 and Bluetooth 5.0 connectivity, with select models getting LTE support.

Other interesting perks of the Tab A8 are its 3.5mm port for audio jacks, a USB-C 2.0 port, and quad stereo speakers tuned with Dolby Atmos support. The tablet supports facial recognition unlock as well. Samsung did not state if the slate comes with IP-rated water resistance.

The Samsung Galaxy Tab A8 will be available in Singapore come January 2022. While its official pricing hasn’t surfaced yet, we know that it’s retailing at a starting price of €230 (~S$355.02) in Europe. There are three configurations available (3GB+32GB, 3GB+64GB, and 4GB+128GB).

Join HWZ's Telegram channel here and catch all the latest tech news!
Our articles may contain affiliate links. If you buy through these links, we may earn a small commission.
Previous Story
Breakout indie card battler Inscryption is getting a free "endless" roguelike mode
Next Story
Holiday Gift Idea 1: A smart way to jazz your lighting setup