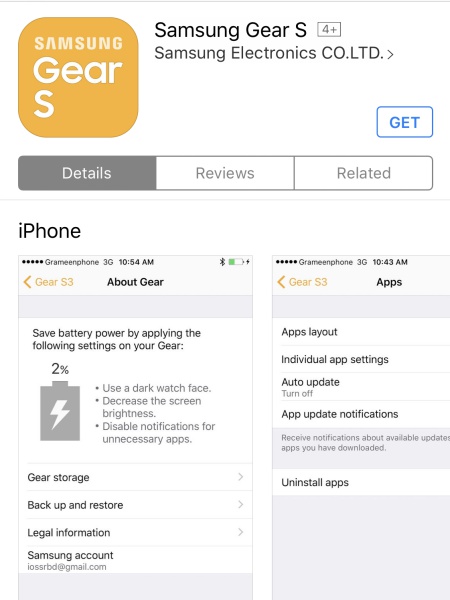 A year after announcing that it would be bringing iOS compatibility to the Gear devices, the Samsung Gear S app is finally available for download on iOS.

Samsung states that features and functions will vary by device, but iOS users can enjoy the IP68 water and dust resistance, built-in GPS/Alti/barometer and speedometer apps on the Gear S3.

If you're interested to try out the Gear S3, Gear S2 or Gear Fit2 on your iOS device, here's the link to download the Gear S and Gear Fit apps.

Join HWZ's Telegram channel here and catch all the latest tech news!
Our articles may contain affiliate links. If you buy through these links, we may earn a small commission.
Previous Story
Wink Hub 2 is the universal controller you need for your smart home devices
Next Story
63 billion WhatsApp messages were sent on New Year's Eve