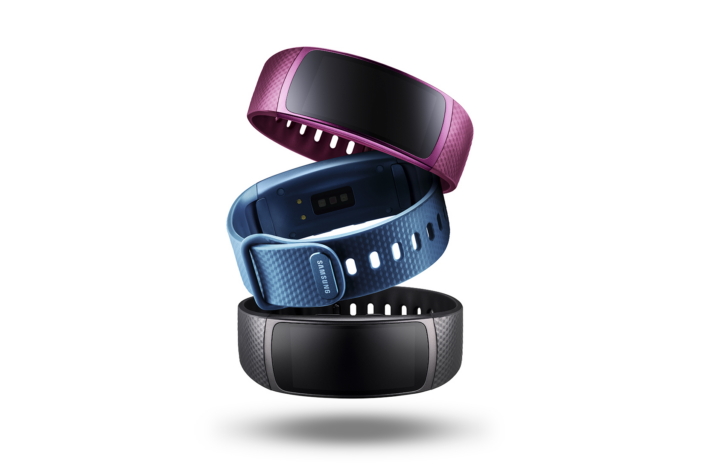 Remember the Samsung Gear Fit2 and Samsung Gear IconX that were leaked a little more than a month ago? A quick glance at the Samsung U.S. press room told us that the wearables are now officially in the market. Let’s see what the two devices offer. 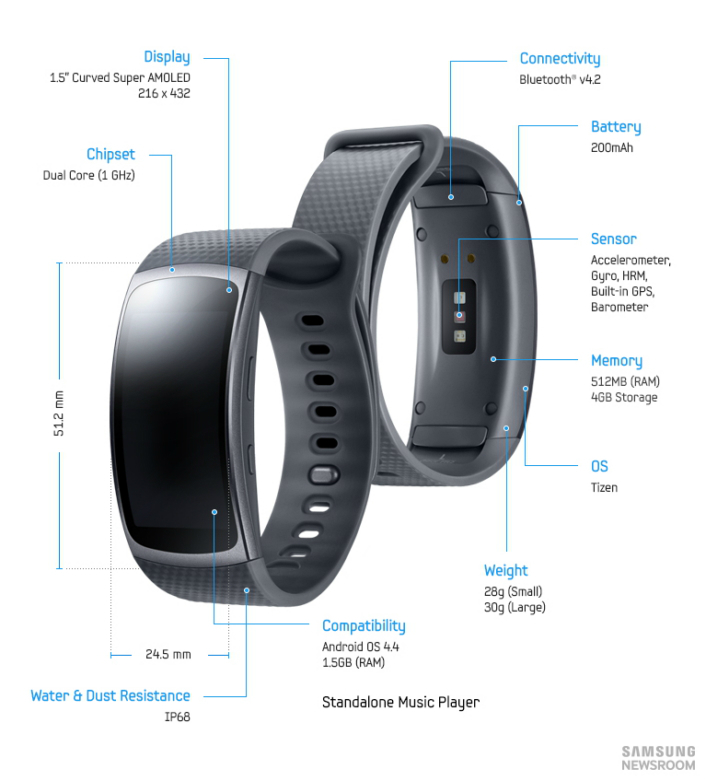 The Samsung Gear Fit2 is a tracking band for fitness lovers, and it succeeds the Samsung Gear Fit that was launched back in 2014. The Gear Fit2 retains its Super AMOLED curved display, but the Samsung website has the display listed at 1.5-inches (at 216 x 432 pixels resolution), which, on paper, seems slightly smaller than the old Gear Fit’s 1.84-inch screen. The new Gear Fit2 has improved its waterproofing capabilities, seeing how it’s rated at IP68 now (effectively making it last up to 30 minutes in 1.5m of water). The biggest change however, is the inclusion of a GPS tracker within the device itself.

The Gear Fit2 was also designed to work like other popular wearables – it has the ability to automatically track your current physical activity, making it easy to flit different between exercises. Currently, it can recognize activities such as running, walking, cycling, doing yoga, and the use of rowing or elliptical machines. Your exercise stats can also be accessed from the wearable itself. Also on the Gear Fit2 is a standalone music player with 4GB space, so there’s no need to carry a smartphone full of songs when you exercise.

The Gear Fit2 has a battery capacity of 200mAh, and it comes in two sizes – small (28g, for wrist sizes between 125 to 170mm, and large (30g, for wrists that are 155 to 210mm). It runs on Tizen OS, is compatible with most smartphones running Android 4.4 OS or later. Connectivity support comes in the form of Bluetooth 4.2, and it helps to push notification alerts from smartphones to the wearable itself. It uses a 1GHz dual-core processor and and it comes with 512MB RAM. 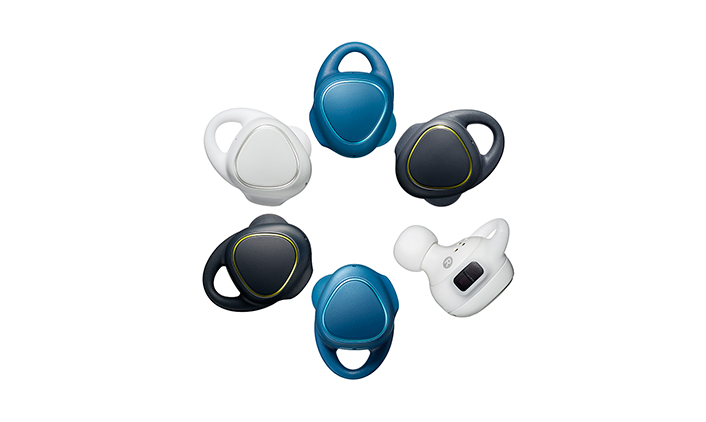 The Samsung Gear IconX is a pair of wireless ear buds with standalone 4GB storage capacity for songs. It connects to your Android 4.4 OS (or later) smartphone via Bluetooth 4.1. Each ear bud of the Samsung Gear IconX is small and light – they weigh a mere 6.3g and measure 18.9 x 26.0mm. The ear buds have a battery capacity of 47mAh, but its charging case provides another 315mAh when the Gear IconX buds are placed within it.

These ear buds supports capacitive touch, making it easy to control songs while on the move. Currently, gestures including swiping or tapping to skip or stop the current song. The Gear IconX ear buds are also splash-resistant with P2i Nano coating, and you can make hands-free calls because of the built-in microphones on the device. The Gear IconX is also a viable gadget for users with an active lifestyle, because it comes with – strangely – Heart Rate tracking and distance tracking via an accelerometer and Heart Rate Monitor. The data can be summoned from Samsung’s S Health app.

We will update this news once we have the local pricing and availability of the Samsung Gear Fit2 and Samsung IconX, but we know that the Gear Fit2 is US$179, according to The Verge.

Update (15th July 2016): The Samsung Gear IconX will retail at S$298 starting tomorrow (16th July 2016). From 16th to 31st July, customers can get S$50 off the Gear IconX and Gear Fit2, if they also purchase a Galaxy S7, S7 Edge, or Note 5 phone.The promotion will be available at local telecommunication operators, authorized retailers, Samsung Experience Stores, Lazada Singapore and Hachi.tech.