Update (16th April):  Samsung announced yesterday that the register of interest at the three telcos will begin tomorrow at 0000 hours. It appears that the launch date may be earlier than we thought. We checked with our sources again, who just confirmed that the Galaxy S4 will be available on 27 April. A check on M1's Upcoming Models web page also indicated an estimated launch date in April. 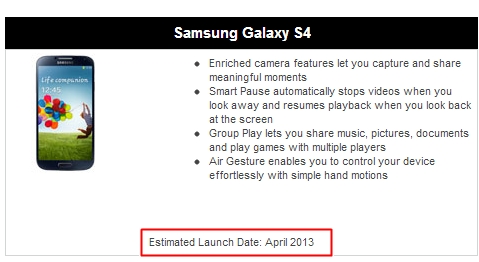 Update (10th April): Our sources have just informed us that the launch date of the Samsung Galaxy S4 has been pushed back to the first week of May. No particular reason was given. Promotional activities due to begin this week will presumably also be delayed. 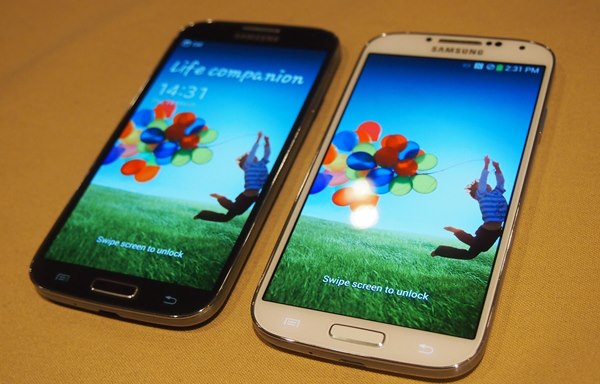 We just got information from reliable sources that point to a possible launch of the Samsung Galaxy S4 in Singapore on 26 April, Friday.

The information comes from sources that have provided HardwareZone with accurate launch dates in the past, which include the iPhone 4S, Samsung Galaxy S III, the iPhone 5 and Galaxy Note II. As usual, telcos are likely to roll out websites for customers to register their interest for the phone.

If you recall, Samsung Mobile Singapore launched the Galaxy Note II on 19 October last year, which was also on a Friday. It is likely that 26 April is set aside for fulfilling orders from pre-registered customers who are eligible to purchase the phone.

As a quick recap, the Galaxy S4 is powered by a quad-core processor, 2GB RAM, Android 4.2.2 Jelly Bean and has a 5-inch FULL HD Super AMOLED display. To find out more about the phone, do check out our hands-on article on the Samsung Galaxy S4.

Join HWZ's Telegram channel here and catch all the latest tech news!
Our articles may contain affiliate links. If you buy through these links, we may earn a small commission.
Previous Story
Sapphire Expands Its HD 7790 Series with a 2GB Model
Next Story
AOC's Cinematic 29-inch Ultra Wide Display Brings Dual Monitor Productivity to a Single Screen