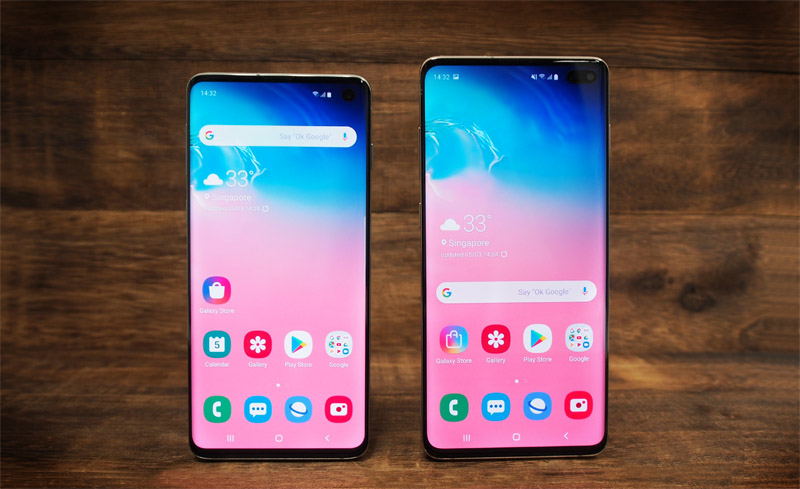 Updated on 19 Oct: Samsung has issued an official statement on the matter.  It advises Galaxy Note10/10+ and S10/S10+/S10 5G users who use such covers to remove them, delete all previous fingerprints and newly register their fingerprints. The software update is slated for release as early as next week.

A bug on the Samsung Galaxy S10 allows anyone to unlock the phone even if his or her biometric data is not registed in the phone.

According to the Sun newspaper, a British user discovered the security flaw after she installed a third-party screen protector and used her left thumb to unlock her Galaxy S10 even though the right thumb was set up to access the phone. Her husband was also able to unlock her phone with his left and right thumbs. Her sister's Samsung phone also had the same issue.

After a preliminary investigation, Samsung said that the issue can happen when patterns of some protectors that come with silicone phone cases are recognized along with fingerprints. A Samsung spokeswoman shared that the company is investigating the issue and recommends all customers to use Samsung authorized accessories, specifically designed for Samsung products.

South Korea's online-only KaKaobank reportedly told customers to use the Galaxy S10's fingerprint recognition function to log into its services until the issue is fixed. A software fix will be rolled out soon.

Source: The Sun via Reuters

Join HWZ's Telegram channel here and catch all the latest tech news!
Our articles may contain affiliate links. If you buy through these links, we may earn a small commission.
Previous Story
AirPods Pro rumored to launch in end Oct with new in-ear design
Next Story
Google's Pixel 4 released: All you need to know about this new phone (Updated with SG pricing)