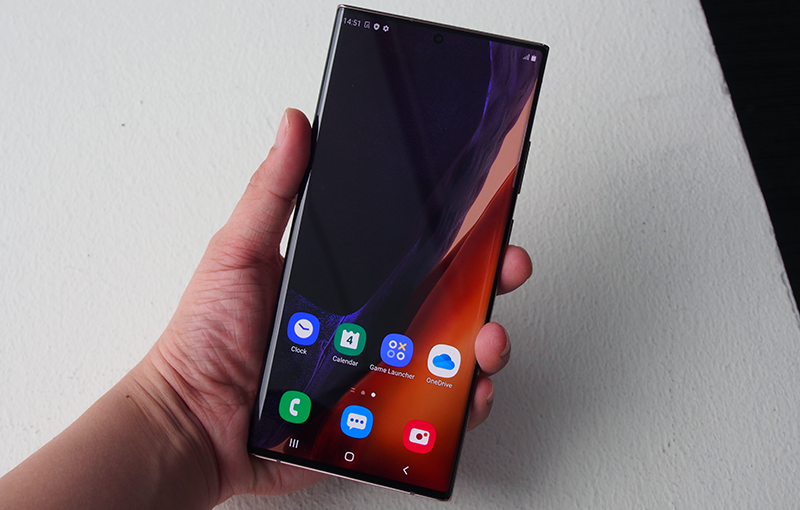 Samsung announced the Galaxy Note20 series smartphones at its Samsung Unpacked 2020 live stream that went live on the evening of 5 August 2020. Helming the second half of 2020 Samsung flagship phone line-up are none other than the Samsung Galaxy Note20 and Samsung Galaxy Note20 Ultra. Without further ado, here are the highlights of the new models, right after our quick video overview:-

Work and play on the Galaxy Note20 series 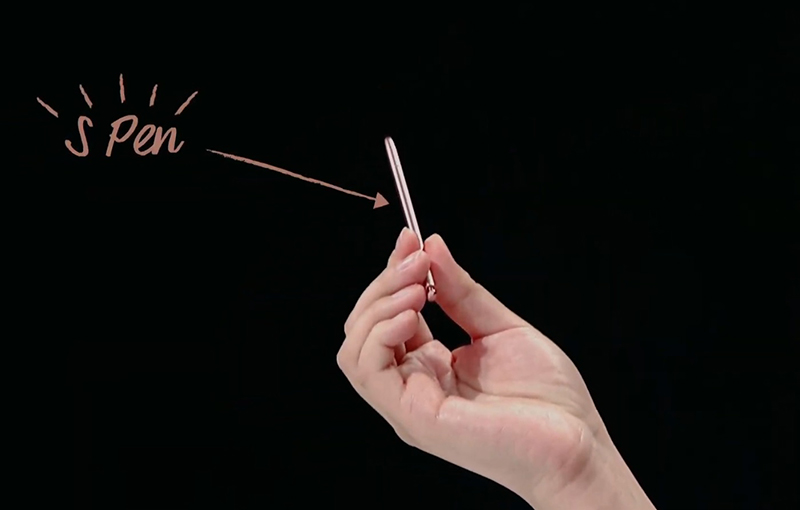 Several upgrades and improvements apply to both phone models. Of note (heh) are the upgrades to the S Pen experience, a main reason why phone users would choose a Galaxy Note over many other smartphones. The S Pen offers 'more life-like precision' when compared to its predecessor - with a decreased S Pen latency of up to 80%, making it just 9ms on the Note20 series.

Other noteworthy, pan-model upgrades are tailored to maximise productivity on the Note20 devices. 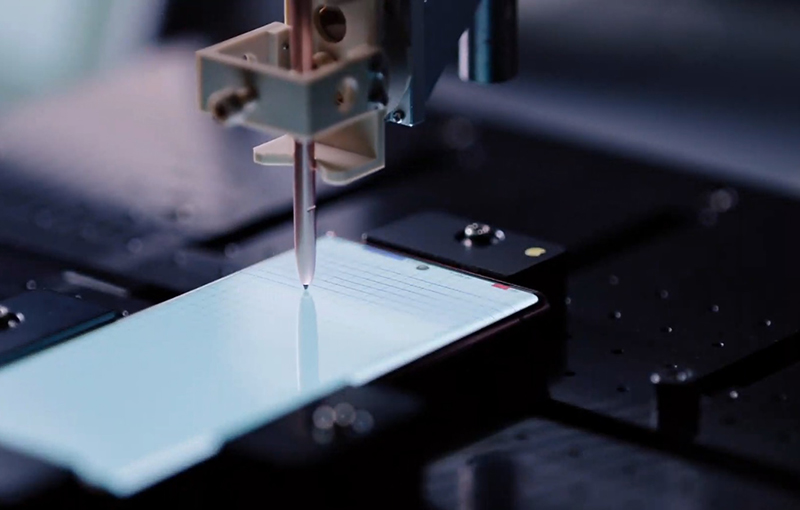 For example, note-taking on the Galaxy Note20 series is now more convenient with the improved Samsung Notes app. Auto-Straighten is a new feature that automatically straightens handwritten notes for better legibility. The app now supports PDF import and PDF annotation too. The app also comes with a time-sync Audio Bookmark feature that lets a user make notes when listening in to a lecture or meeting, and tapping on the handwritten note will bring the user to a precise point within the audio recording, when the note was made. The app itself also revamped its folder structure to make it more PC-like. Finally, it supports auto-save and auto-sync capabilities powered by the cloud, so users can see their most recent notes as long as they're logged in to their Samsung accounts on their devices. 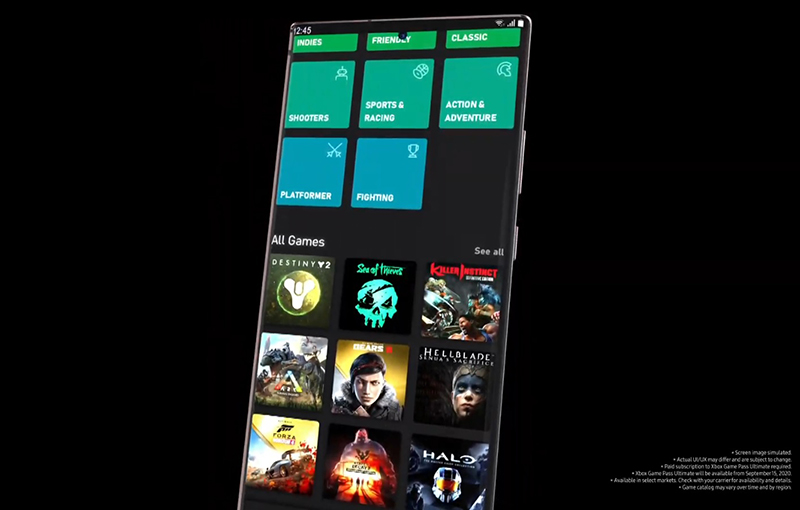 All work and no play make phones dull devices. Samsung knows that, and hence they've brought several improvements catered towards a better mobile gaming experience on the Galaxy Note20 series. Both models pack an AI-game booster feature that uses the phone's NPU in th Exyno 990 processor to optimise game-time and performance. They've also teamed up further with Microsoft via Xbox Game Pass Ultimate, making it possible to play over 100 Xbox game titles on the Note20 series phones from 15th Stepember 2020 onwards. 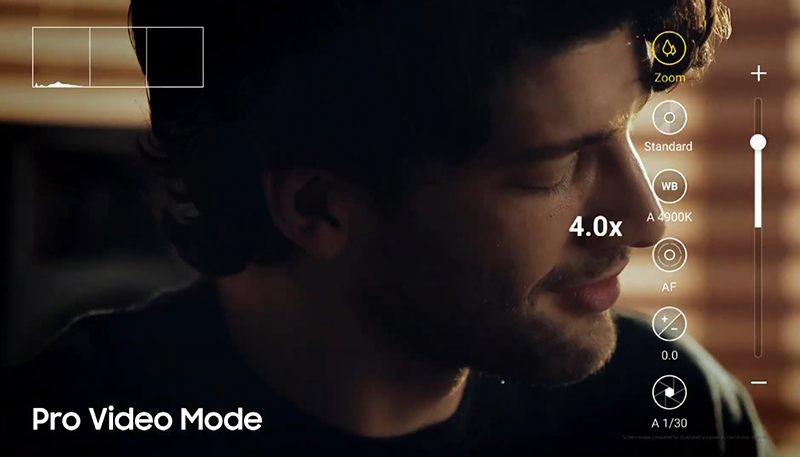 In the video-recording department, both variants are also capable of recording at 8K resolution, 21:9 aspect ratio at 24 frames per second (FPS). The built-in Pro Video Mode offers a host of professional-like recording controls, such as pro-grade focus, audio, exposure, zoom speed control, and FHD resolution recording at 120 FPS. Most interesting is the multi-source mic control that uses the three microphones on the device to adjust volume gain and clarity while minimising background noise (i.e. front-only audio recording to cut out noisy crowds behind you).

Finally, the Samsung DeX feature now allows wireless connection with a compatible Samsung Smart TV, which is an improvement from its early days (dock, then dedicated cable). Users can also manage two screens at the same time even in DeX mode. 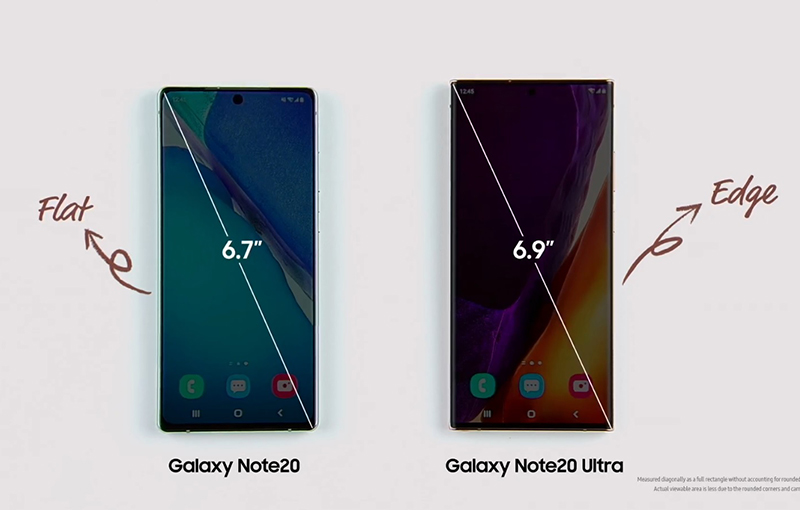 While we've appended the specs table below for easy reference, here are some of the highlights of the Galaxy Note20 devices from a hardware and spec perspective.

Both phones will share the same design language with a Textured Haze finish on the rear, giving the devices their neutral colour palette and reduced fingerprint smudges without forgoing polish.

The Galaxy Note20 series are powered by Samsung's top of the line mobile processor, the Exynos 990 built on a 7nm process (which is the same processor powering the Galaxy S20 series), making both Note devices capable of connecting to 5G networks (although there's a 4G version of the Note20 as well). Both devices support Super Fast Charging (50% charge in 30 minutes) and Fast Wireless Charging 2.0, although they have different battery capacities. The Note20 has 4,300mAh, while the slightly larger Note20 Ultra packs 4,500mAh. 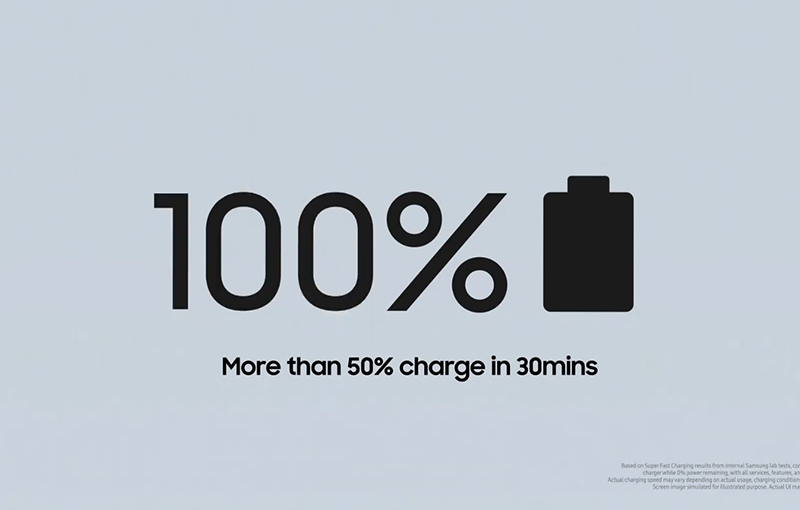 The Galaxy Note20 Ultra has a 6.9-inch Quad HD+ (3,088 x 1,440 pixels resolution) Dynamic AMOLED 2X Infinity-O  display. This newer newer display is named such because it delivers 120Hz refresh rate and 240Hz touch sampling rate for heightened responsiveness during use.

The cameras combined with the Space Zoom feature, offer up to 3x hybrid optic zoom, up to 30x Super Resolution Zoom, OIS, and Tracking AF.

The entire rear camera setup is further supported by an additional hybrid Laser AutoFocus sensor. Its Space Zoom features pushes the cameras even further with 5x optical zoom, 50x Super Resolution Zoom, on top of OIS and Tracking AF like its regular counterpart.

Unique to the Galaxy Note20 Ultra is the inclusion of Ultra-wideband technology (UWB). UWB on the Note20 Ultra seeks to achieve two things - easier file sharing across other Android with UWB devices via Nearby Share, and future functionality where UWB can partner with brands to create digital keys for real-world belongings (like smart cars and smart homes).

Available to Singapore are the following variants: 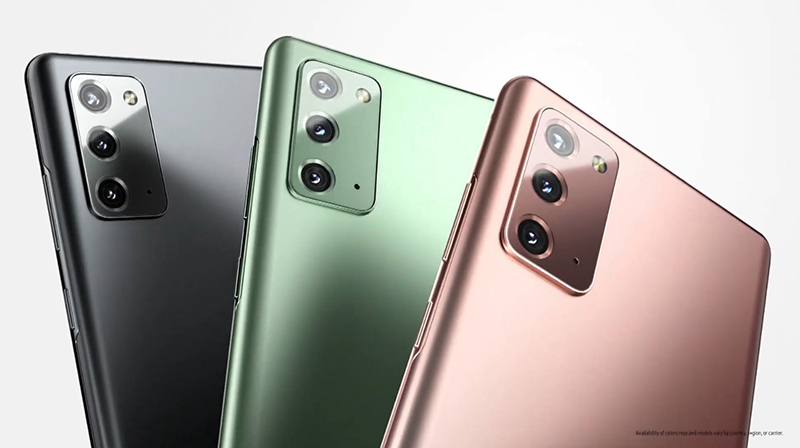 While the phones officially go on sale on 21 August 2020, pre-order begins much sooner and you can check out the full pre-order details for the Galaxy Note20 and Galaxy Note20 Ultra to see what they're offering ahead of time.

Alongside the phones are its accessories, with its respective variants and prices below:

Join HWZ's Telegram channel here and catch all the latest tech news!
Our articles may contain affiliate links. If you buy through these links, we may earn a small commission.
Previous Story
Here's how you can pre-order the Galaxy Tab S7 and Tab S7+ in SG
Next Story
Samsung brings new Galaxy Tab S7 and S7+ to help level up Android tablet productivity