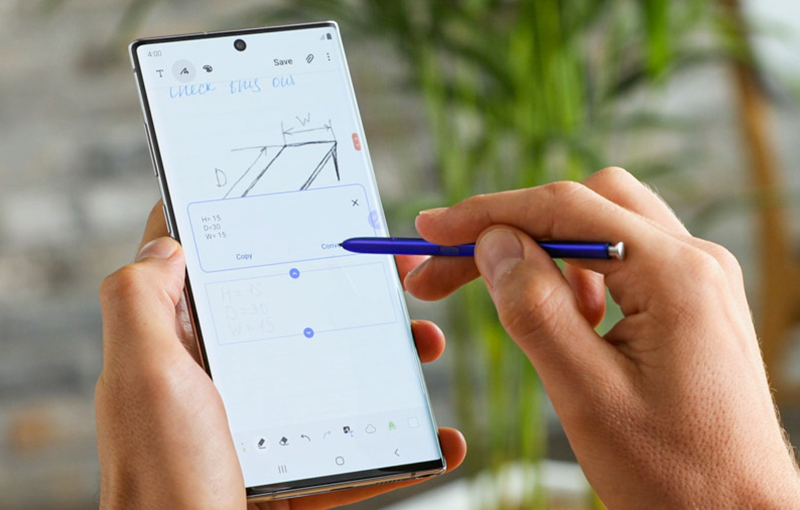 Sammobile spotted an interesting phone model labelled as SM-N986U on benchmarking tool Geekbench 5. According to the Samsung fansite, this tallies with the preceding Note10+ 5G version's serial number, as it had SM-976U, which led them to believe that this benchmark belongs to the Samsung Galaxy Note20+ 5G.

The Geekbench readings also revealed that the new Samsung phone was running on Android 10 and likely had a 5G-capable Qualcomm Snapdragon 865 chipset, since the motherboard section showed 'kona', one of the known codenames for the Snapdragon 865 SoC. Finally, the reported memory of 7,400MB on the benchmark makes it likely that this Samsung phone is using 8GB RAM. 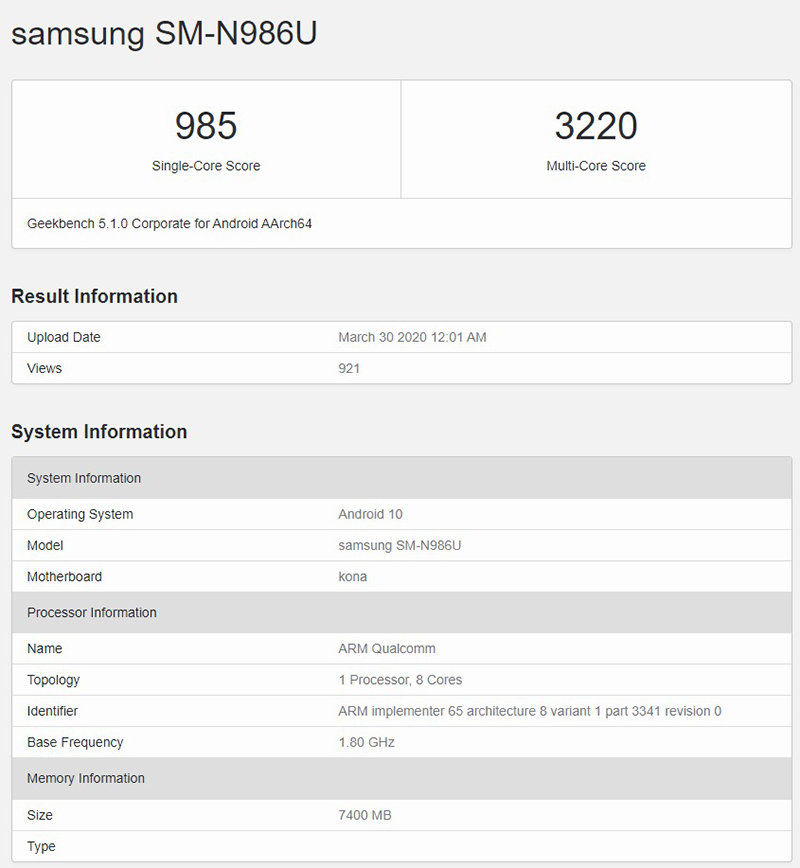 Before we go wild with anticipation, we need to bear in mind that it's still many months away from the typical Samsung Galaxy Note series launches, which are usually in Q3/Q4 of the calendar year. Phones that are still undergoing testing, like SM-N986U here, are subject to changes and finalisation. Furthermore, our side of the globe typically receives the Exynos versions of Samsung flagships, while the Qualcomm variants are usually reserved for the US market.