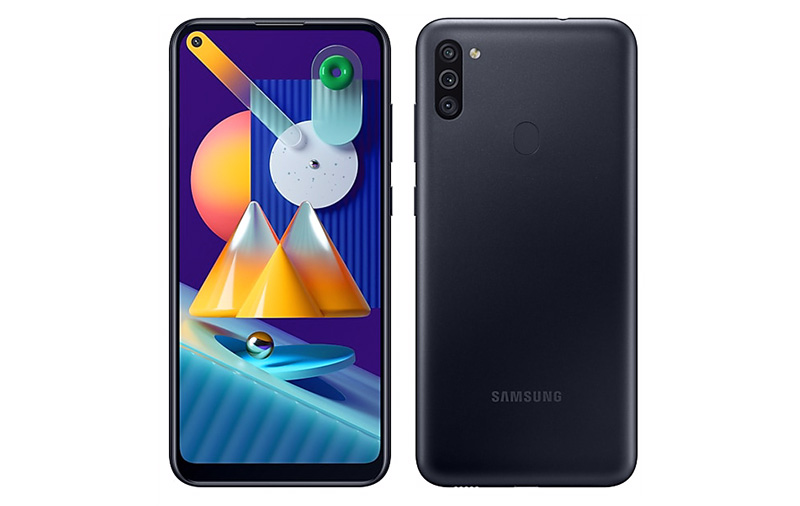 In addition to some of the most premium Android smartphones in the market like the Galaxy 20 series, Samsung also makes some very attractive but also very affordable handsets for value hunters. You may have heard of the Galaxy A series here in Singapore, but do you know that in some countries and regions, there’s also the Galaxy M series (apparently, the letter M stands for millennials)?

According to SamMobile, Samsung has just launched the Galaxy M11 for the UAE market. Sporting a 6.4-inch HD+ (720 x 1,560 pixels) LCD, the M11 runs an octa-core SoC (Snapdragon?), has up to 4GB RAM and 64GB storage (expandable with microSD), and supports 4G LTE and dual-SIM.

Despite being a budget phone, the Galaxy M11 still sports a triple-camera setup consisting of a 13-megapixel, f/1.8 main camera, a 5MP, f/2.2 ultra-wide (115°) camera and a 2MP, f/2.4 depth camera for more realistic depth of field adjustments when shooting portraits. And on the front under the Infinity-O Display’s punch hole sits an 8MP selfie camera.

The Galaxy M11 also has a big 5,000mAh battery. Topping its charge should be a pretty fast affair because it supports 15W fast charging via its USB-C port. Of course, don’t expect this entry-level phone to have everything: despite the presence of USB-C, the phone can only transfer files at USB 2.0 speeds. Also, it has no NFC, supports Bluetooth 4.2 instead of 5.0 and can only handle up to 802.11n Wi-Fi.

It’s unlikely that Samsung Singapore will carry this phone, but there’s a chance that you’d find it in Malaysia in months to come. Pricing isn’t available at the moment, but to give you an idea, the 2019 Galaxy M10 (with 16GB storage) has a suggested retail price of RM499 (~S$148) in Malaysia.

Previous Story
Here's why there's no crowbar in Half-Life: Alyx
Next Story
Here's every announcement and trailer from the latest Nintendo Direct Mini