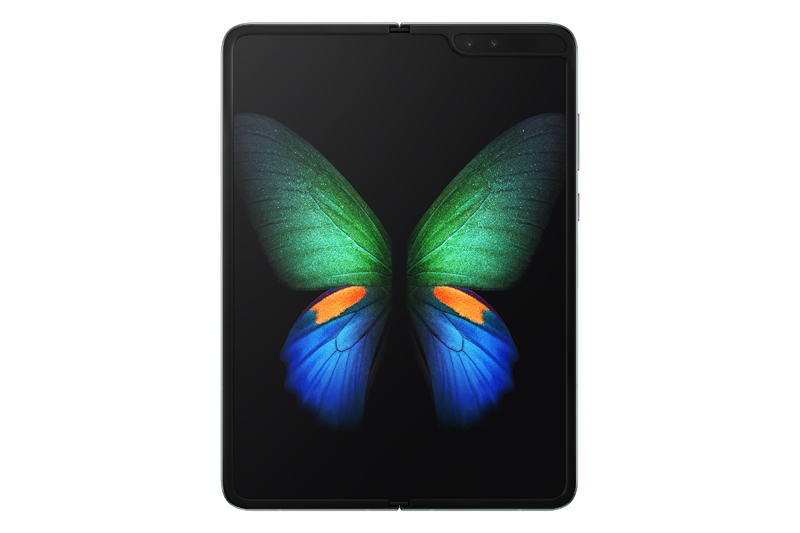 The Samsung Galaxy Fold was finally unveiled during the company’s latest Unpacked event. It heralds a new era for foldable smartphones and devices. When folded, the luxurious phone sports a 4.6-inch display, and when it unfolds in its full glory, its internal display extends to its full 7.3-inch dimension. 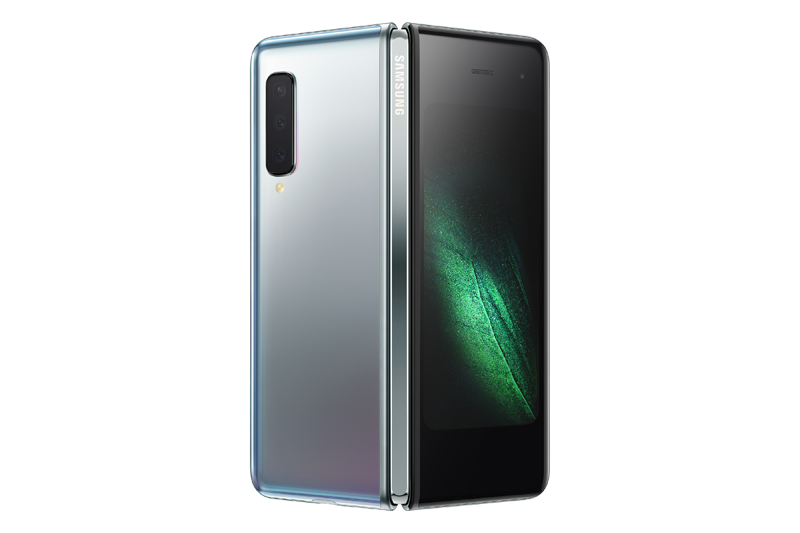 There are a total of six cameras on the Galaxy Fold, a 10MP f/2.2 selfie camera at the front cover, a three-camera array at its rear that comprises a 16MP f/2.2 ultra-wide camera, a 12MP wide-angle camera with f/1.5 – f/2.4 aperture, dual pixel autofocus and optical image stabilization, and a 12MP telephoto f/2.4 aperture camera, with 2x optical zoom. 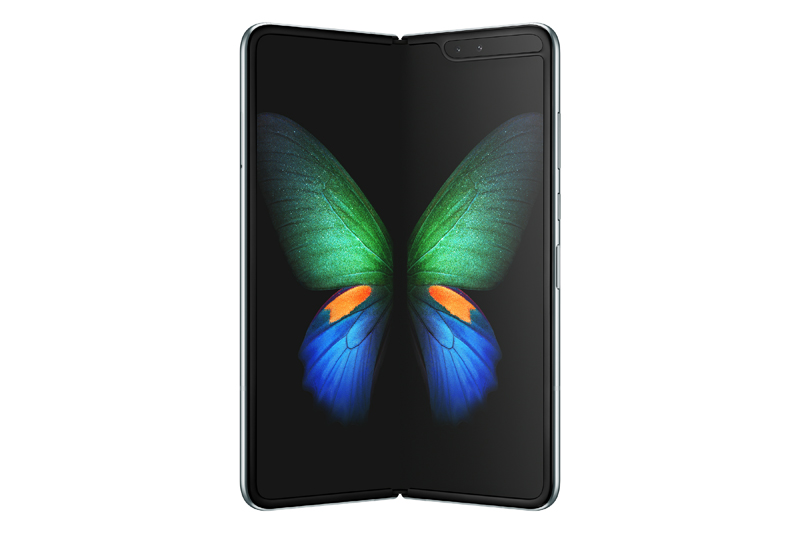 There’s a pair of front-facing cameras at the right edge of the Infinity Flex display, i.e., a 10MP f/2.2 selfie camera, and an 8-megapixel RGB depth camera, with an aperture of f/1.9 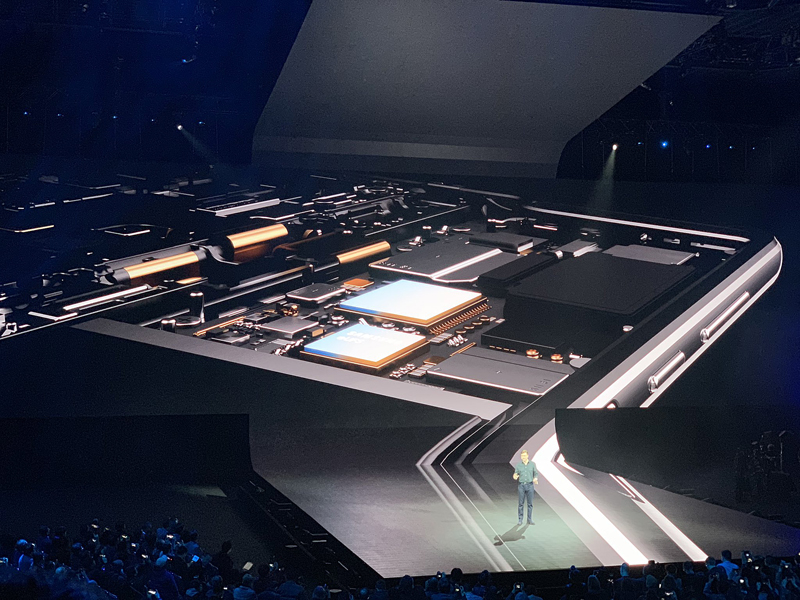 Under its hood, there’s an octa-core 7nm 64-bit processor, paired with 12GB RAM, and 512B of internal storage. There’s no slot on the device for microSD storage expansion.

The Galaxy Fold houses two separate batteries that hold a total charge of 4,380mAh; each battery is located on either side of the Infinity Flex display. The hinge of the phone consists of interlocking gears that are built to withstand “hundreds of thousands” of repeated operations. 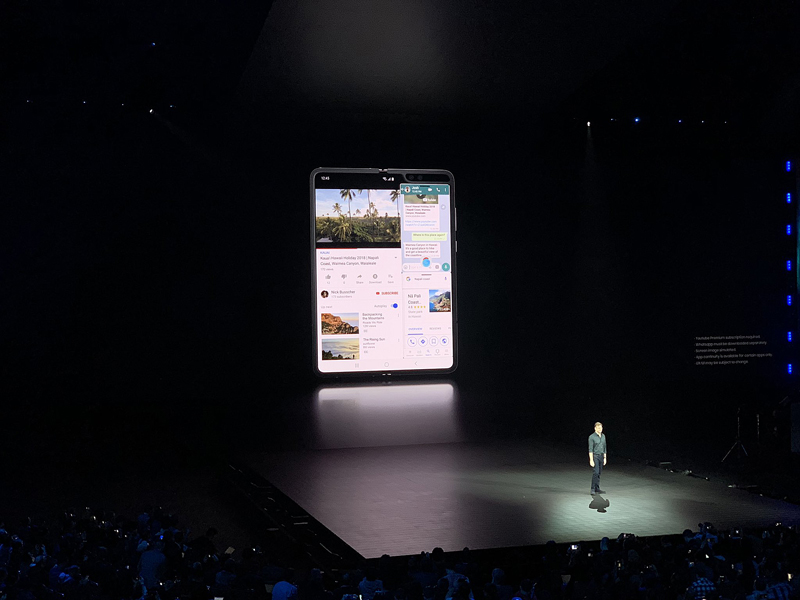 In addition to introduction this new device form factor, Samsung had to develop a unique UX to get the most from its 7.3-inch Infinity Flex display. There’s the Multi-Active Window feature where the multi-tasker can open up to three active apps at the same time. The App Continuity feature allows the user to transition from the folded front cover to the Infinity Flex display seamlessly, and vice versa. 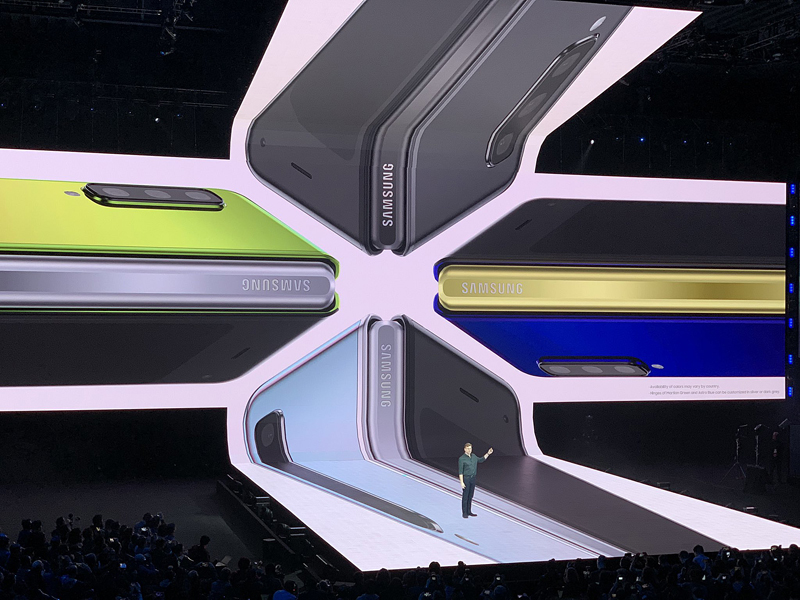 The Samsung Galaxy Fold runs on Android 9 and will ship on 26th April for a staggering US$1,980. The Galaxy Fold will be offered in four colors, i.e., Cosmic Black, Space Silver, Martian Green or Astral Blue. The color of the hinge can also be specified by the customer, depending on the color of the phone chosen.

Join HWZ's Telegram channel here and catch all the latest tech news!
Our articles may contain affiliate links. If you buy through these links, we may earn a small commission.
Previous Story
Vivo’s new V15Pro sports an elevating front camera and in-display fingerprint scanning
Next Story
Samsung's Galaxy Buds are looking to take on Apple's AirPods