Display issues emerge on the Galaxy Fold in just 48 hours 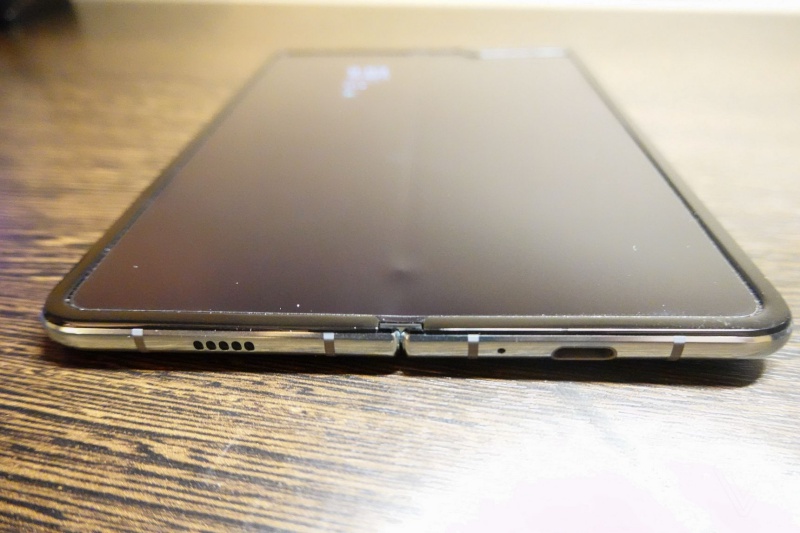 The Verge, Bloomberg, CNBC and YouTuber MKBHD shared issues of their Galaxy Fold review units. Dieter Bohn from The Verge noticed a small bulge on the crease of the display which distorted the screen slightly. The bulge eventually broke the screen in just two days. While he has received a replacement unit from Samsung, he has yet to receive an official statement or explanation from the company.

Mark Gurman from Bloomberg shared on Twitter that the display of the Galaxy Fold review unit is "completely broken and unusable just two days in". Apparently, he removed a protective film that is pasted over the display by Samsung. This protective film is not supposed to be removed, which he believed to have contributed to the display issue. 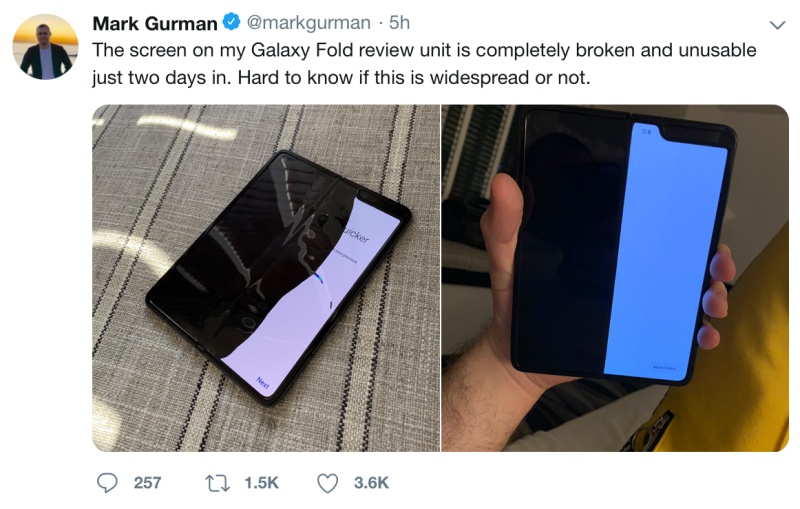 Popular YouTuber @MKBHD encountered the same issue; he almost fully removed the protective film on his review unit before "the display spazzed and blacked out". 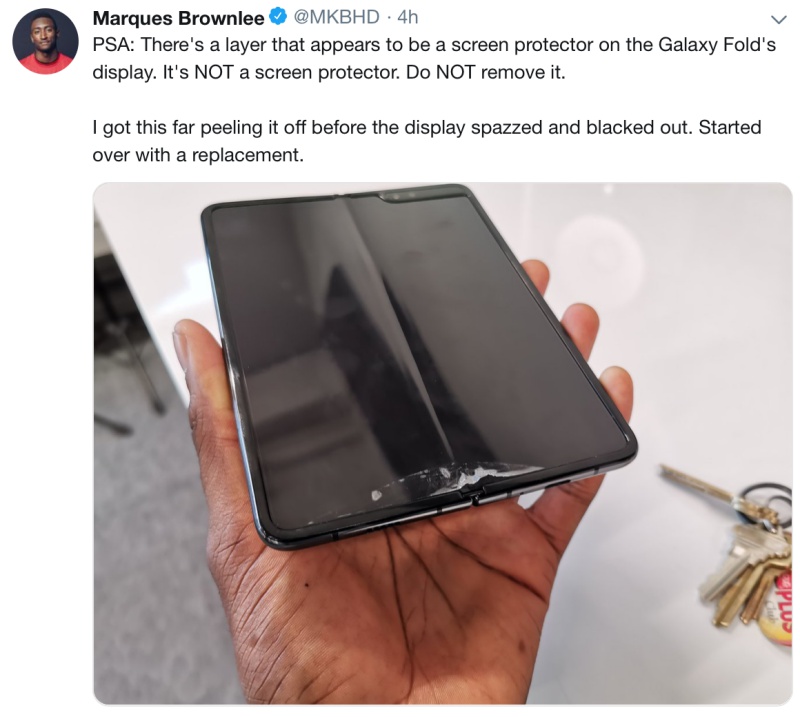 Updated at 12pm, 18th April: Samsung has responded to the affected reviewers. Those facing physical issues, Samsung intends to "thoroughly inspect the review units in person." While the 'screen protector' issue faced by YouTuber @MKBHD and others, Samsung has clarified that it's a protective layer that's not meant to be removed. A personnel at TMobile tweeted that the retail units have a special wrap with specific instructions on this point.  For further detailed reporting of Samsung's response on this matter, head over here.

Join HWZ's Telegram channel here and catch all the latest tech news!
Our articles may contain affiliate links. If you buy through these links, we may earn a small commission.
Previous Story
Huawei is funded by Chinese state security according to the CIA
Next Story
Apple could unveil the iPhone XE later this year