The Samsung Galaxy A31 packs a quad-camera system and a big 5,000mAh battery

The Samsung Galaxy A31 packs a quad-camera system and a big 5,000mAh battery 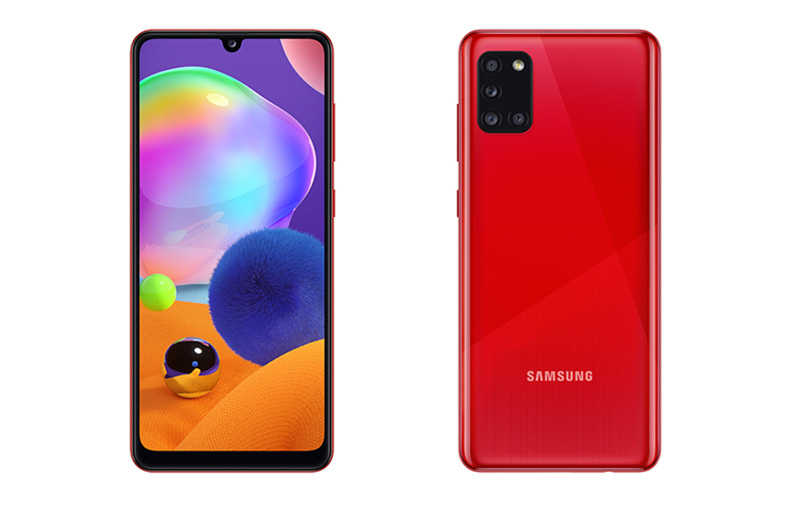 After several leaks, Samsung has officially announced the Galaxy A31, a budget phone with a quad-rear camera setup.

Taking design cues from the Galaxy S20, the A31 also has a prominent camera bump on the back, which houses a 48MP, f/2.0 primary camera, an 8MP, f/2.2 ultra-wide-angle shooter and a pair of 5MP, f/2.4 cameras, one for depth sensing and another for macro.

Under the hood, the Galaxy A31, which comes in black, blue, red and white colours, sports an octa-core processor that Samsung says has two 2.0GHz cores and six 1.7GHz cores. This is likely to be MediaTek’s Helio P65 SoC, the same chip that Honor is said to be using in its upcoming Play 9A budget handset.

The base model will come with 4GB of RAM and 64GB of storage, but there’s another SKU with 6GB RAM and 128GB storage. Storage can be expanded with a microSD card.

Finally, the Galaxy A31 also packs a big 5,000mAh battery, with support for 15W fast wired charging. In comparison, the current A30s has a 4,000mAh battery.

Local pricing and availability details of the Galaxy A31 are unknown at the moment — we’ll update this page when we hear more. To give you an idea, the A30s currently sells for S$278.