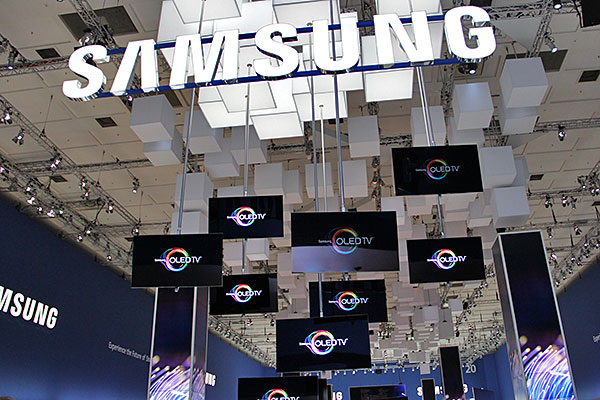 Till we see them on retail shelves, it is likely Samsung would showcase its ES9500 OLED TV displays with every available opportunity. And here they’re again at IFA 2012, where nine sets of the 55-inch OLED screens have been dangled from the ceiling to highlight their picture quality and slim form factor. But apart from OLED’s signature sexy-slim panels, deeper blacks, and supposedly ‘20 percent richer color pixels than LED TVs’, Samsung also took this opportunity to showcase their Multi View technology to visitors at the trade show. Available with the ES9500, Multi View essentially enables viewers to choose which of the two videos currently on the screen they want to watch. This is made possible by means of Samsung’s Smart Dual View active shutter 3D glasses, which comes equipped with integrated earphones as well.

Also on display is Samsung’s mammoth 75-inch LED TV, which comes furnished in a ‘luxurious rose-gold finish’. Despite its massive screen estate, the ES9000 actually sports a relatively slim 9mm bezel with enough space to hide a ‘push-up’ camera. Like the current ES8000 flagship model, the ES9000 will feature all of Samsung’s latest toys, and that includes Smart Interaction (voice control, motion control, and face recognition), Smart Content, and Smart Evolution. There’s no concrete word from the South Korean manufacturer as to when the ES9500 and ES9000 will land on our local shores, but rest assured we’ll keep you posted once we find out.

Samsung is also taking the opportunity to show off the world's first motion-controlled Angry Birds game for its Smart TV.

For more details, the press release can be downloaded here. 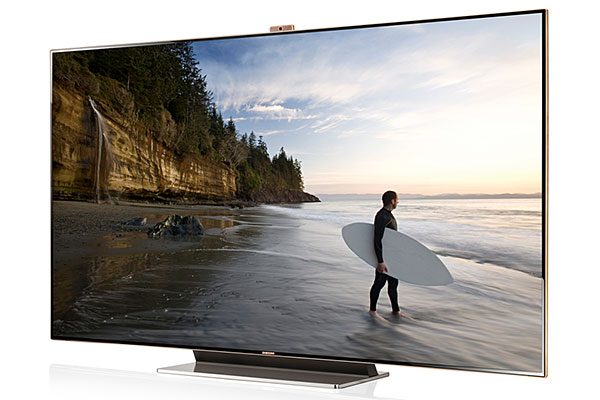 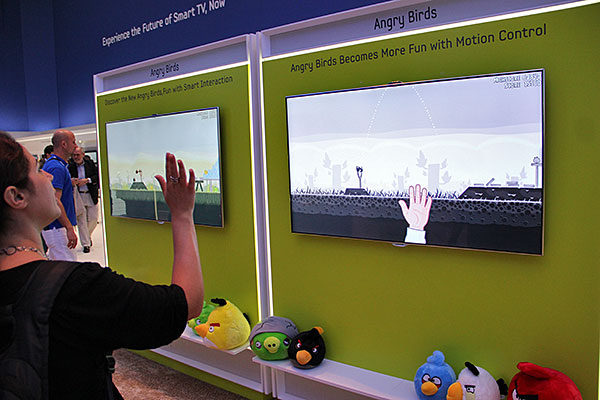 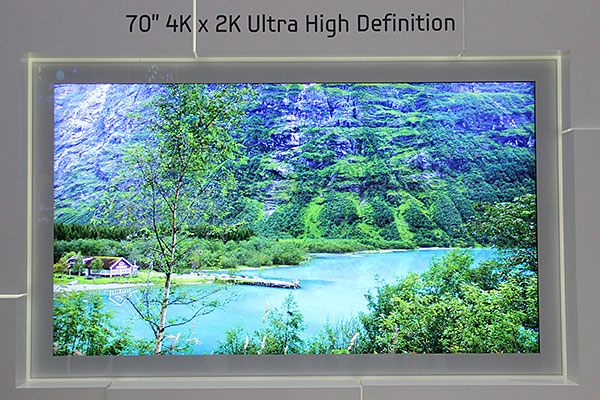 Join HWZ's Telegram channel here and catch all the latest tech news!
Our articles may contain affiliate links. If you buy through these links, we may earn a small commission.
Previous Story
Sony Announces New Bravia TVs and MDR-1 Headphones at IFA 2012
Next Story
HTC Unveils Desire X at IFA 2012