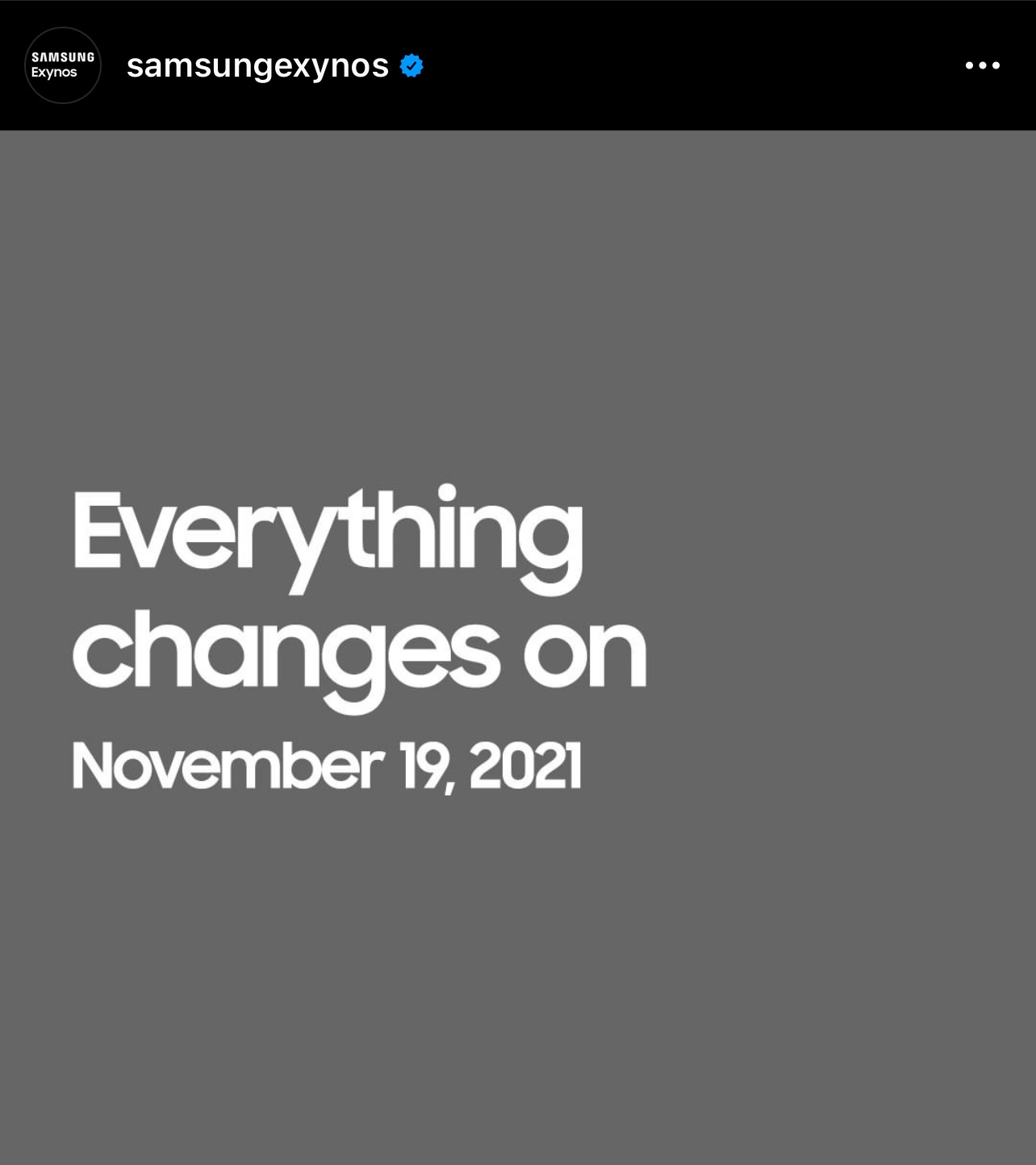 The first AMD-powered Samsung Exynos chipset may be announced later this month.

In an Instagram post, @samsungexynos shared that "everything changes on November 19, 2021" with an excerpt claiming that gaming graphics are continuing to evolve. The event is likely to see the debut of the Exynos 2200, which is said to have a GPU based on the AMD RDNA2 architecture and ray tracing support.

Samsung and AMD announced a multi-year partnership in 2019 where the South Korean company will license AMD graphics IP and focus on advanced graphics technologies that are important for enhancing innovations across mobile apps. Samsung reportedly paid $100 million for the AMD partnership.

Join HWZ's Telegram channel here and catch all the latest tech news!
Our articles may contain affiliate links. If you buy through these links, we may earn a small commission.
Previous Story
NVIDIA’s Omniverse virtual world creator and collaboration tool gets upgrades and Omniverse Avatars
Next Story
NVIDIA announces Drive Concierge and Drive Chauffeur, two new technologies for autonomous driving