There's no stopping Samsung when it comes to TVs and things are heating up this CES with more screens joining their line-up in 2014.  Expect to find more large as well as curved screen TVs from Samsung this year as the focus on high resolution 4K screens with curved design take center stage. According to HS Kim, executive vice president of the visual display business at Samsung Electronics, “The combination of our curved design and UHD picture quality creates the ultimate immersive entertainment experience for people passionate about entertainment. Samsung is well-positioned to meet UHD demand with our new roster of beautifully designed, feature-packed and future-ready Smart TVs.” 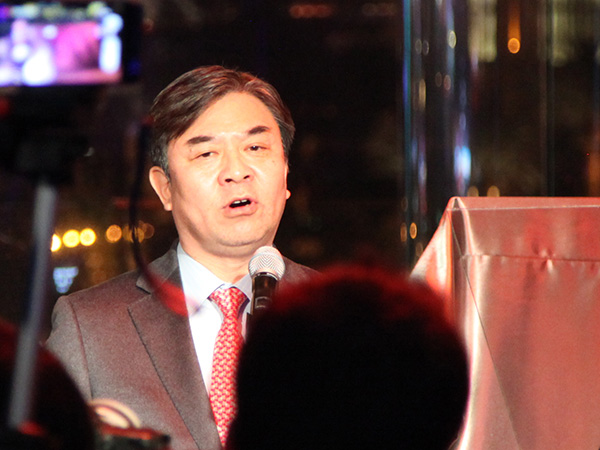 Leading the pack are four new curved screen UHD TVs with the largest at 105-inches wide optimized for the movie theatre in a 21:9 aspect ratio. The large 105-inch curved UHD TV was earlier reported and posted in Samsung's own website weeks before the actual event at CES. The new screen will come with a unique resolution at 5120x2160 which boosted the typical pixel count of a UHD TV from 8.3 million to a staggering 11 million pixels. The increased resolution is due to the wider screen format but it remains to be seen what content sources will support this unique resolution. 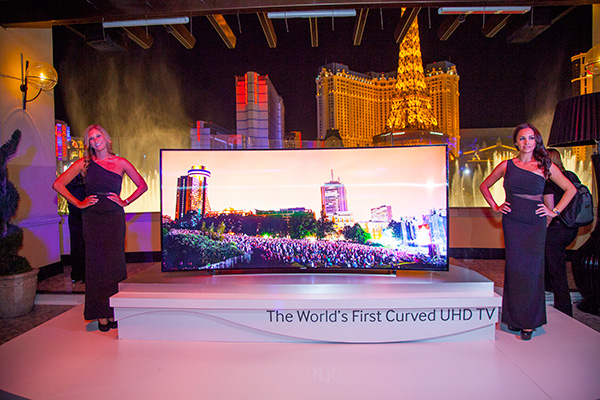 Three other curved screen 4K UHD TVs which will be part of the U9000 Series will join the line-up with sizes at 78-, 65- and 55-inches. The new screens will come with a smaller bezel design as well as the capability to be wall mounted using a specially designed kit that allows you to use a standard VESA mount. Besides just being a curved screen UHD TV with enhanced hardware, Samsung has also added the capability to let users split the large screen into four individual screens for simultaneous consumption. 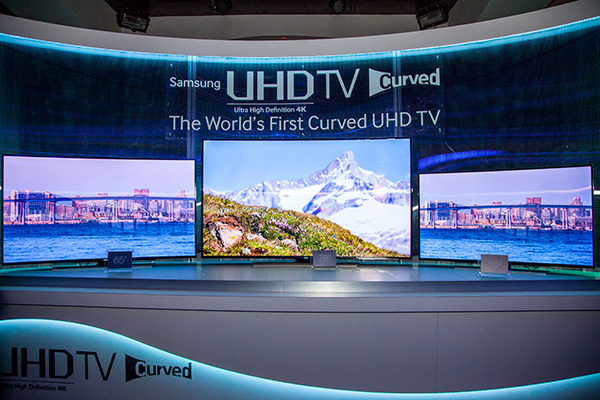 According to Samsung, the new curved screens were developed with the optimal curvature of 4200R which provides the best viewing experience at typical watching distances of between 3-4 meters. The new UHD TVs will also be future-proof thanks to the One Connect Box which houses the TV's brains outside the panel. Swapping it out with the latest UHD Evolution Kit will allow the user to keep their TV up to date with the latest UHD compression technology as well as the latest technology and features that Samsung has to offer, hence protecting early adopter's investment.

Besides curved screens, Samsung will also be enhancing its UHD TV line-up with the U8550 Series which now comes with a new design that features an extremely narrow bezel that measures only 7mm wide and a panel thickness of only 1.2-inches. The U8550 series will come in five different screen sizes at 75-, 65-, 60-, 55- and 50-inches. We think users would be extremely interested in the 50-inch version as it would come at a more affordable price point as well as an increased pixel density screen that does not only give you sharper details, but may be uniquely positioned to be a computer screen at the same time.

And finally, the UHD S9 Series with the unique black frame design will grow to accommodate the world's largest UHD TV screen at 110-inches. Also reported and posted in Samsung's online site ahead of CES, the new 110-inch UHD TV has already been sold to selected VVIP customers.