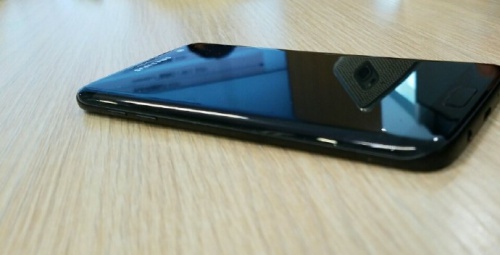 Samsung is going to add yet another color option to the Galaxy S7 edge soon.

According to SamMobile, its Weibo source claims that the new shade is called Pearl Black and it will be launching on 9 December in South Korea. Aside from the different shade of black, the upcoming model will come with 128GB internal storage space.

Images of the pearl black Galaxy S7 edge leaked a few weeks ago. It does not appear to look any different from the current black onyx model with its glossy finish. It is said that the popularity of the jet black iPhone 7 and demise of the Galaxy Note7 prompted Samsung to introduce this shade for the Galaxy S7 edge.

Join HWZ's Telegram channel here and catch all the latest tech news!
Our articles may contain affiliate links. If you buy through these links, we may earn a small commission.
Previous Story
Apple Music has 20 million paying subscribers, execs are hungry for more
Next Story
Dyson is expanding with a new Technology Centre in Singapore