If you've been holding out on getting a recent flagship Galaxy device, Samsung has you covered with even more options. We'll take you through the new additions across the alternatives available for the Galaxy S21 series phones, Galaxy Tab S7 series tablets, and the Galaxy Watch Active2.

There's a new, smaller 128GB storage variant of the Galaxy S21 and S21+ with price tags to match. The following models will be available from 11 February 2021 (Thursday) onwards at the Samsung Online Store and physical Samsung Experience Stores.

Samsung's also running a launch bundle promotion for these new variants. If you purchase the 128GB Galaxy S21 or S21+ anywhere (as long as its an official Samsung retailer), you're entitled to a free Galaxy Buds Live (worth S$288).

If you purchase it online (via Shopee or Lazada), you get an additional Clear Cover (worth S$35).

Finally, if you purchase via the Samsung Online Store or physical Samsung Experience Stores, you'll get an additional 1-year Samsung Care+ (worth S$100).

Don't forget to check out our review before you make your Galaxy S21 series purchase! 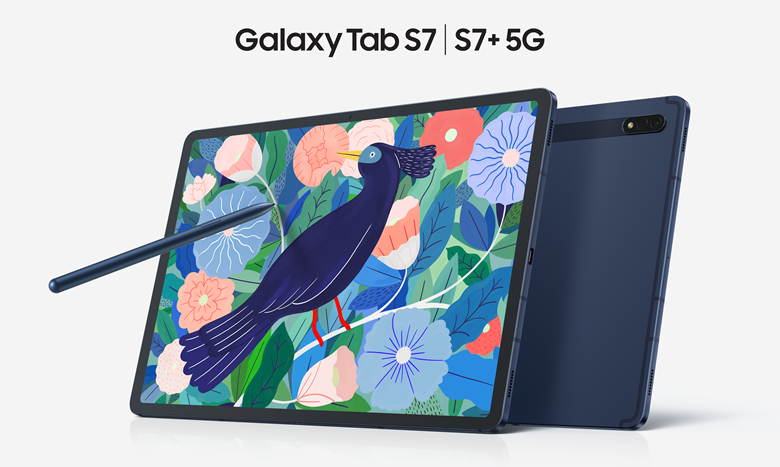 Longtime users or followers of Samsung would remember that the brand has a good eye for blue hues in their products. Looks like Samsung's finally making their blue devices available to the Singapore market for the first time in a while, via their latest 2020 high-powered tablets.

From 19 February 2021, The Galaxy Tab S7, Tab S7+ and the 5G version of the Tab S7+ will come in Mystic Navy. They are available via the local 'Big Three' telcos' online stores (Singtel, M1, and StarHub), the Samsung Online Store, major consumer electronics and IT stores, Lazada, and Shopee. Pricing below:

The Mystic Navy tablets are also getting a launch promotion:

Additionally, Galaxy Tab S7 series devices are getting the One UI 3 update. Users will not only get Android 11 as its base operating system underneath Samsung's interface; the following features will be implemented too:

Our review of the Galaxy Tab S7+ can be found here.

The Galaxy Watch Active2 BT (40mm) gets a new colour to its stable. Technically, it's two colours, since the strap comes in Violet while the watch case comes in Rose Gold.

It's officially available now at S$398, over at the Samsung Online Store and Samsung Experience Stores.

Join HWZ's Telegram channel here and catch all the latest tech news!
Our articles may contain affiliate links. If you buy through these links, we may earn a small commission.
Previous Story
Sony ZV-1 vlogging camera gets better with new webcam firmware update
Next Story
Black Myth: Wukong shows off a new trailer to commemorate the Year of the Ox