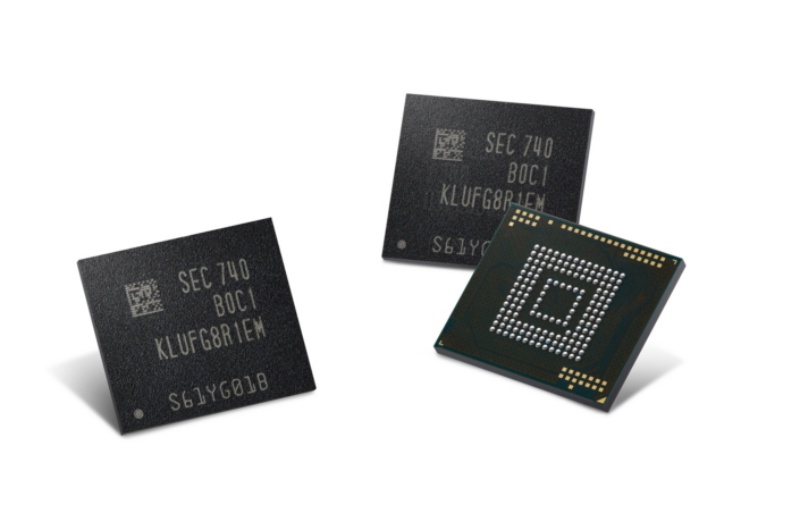 Samsung today announced that it is starting the mass production of the industry's first 512GB embedded Universal Flash Storage (eUFS) solution for use in the next generation mobile devices.

This is a technological feat for Samsung as it manages to squeeze eight 64-layer 512Gb V-NAND chips and a controllable chip in the same amount of space as the 256GB package. The 512GB eUFS solution supports sequential read and writes up to 860MB/s and 255MB/s respectively. This translates to transferring a 5GB Full HD video to an SSD in about 6 seconds.

“The new Samsung 512GB eUFS provides the best embedded storage solution for next-generation premium smartphones by overcoming potential limitations in system performance that can occur with the use of micro SD cards, said Jaesoo Han, executive vice president of Memory Sales & Marketing at Samsung Electronics. “By assuring an early, stable supply of this advanced embedded storage, Samsung is taking a big step forward in contributing to timely launches of next-generation mobile devices by mobile manufacturers around the world.”

The new 512GB eUFS package will provide superior storage capacity and stellar performance for upcoming flagship smartphones and tablets. Is this a hint that the Galaxy S9 will come in 512GB storage option?

Our articles may contain affiliate links. If you buy through these links, we may earn a small commission.
Previous Story
Xiaomi's 2nd generation bezel-less phone will be available in Singapore soon
Next Story
Amazon no longer offers free shipping to Singapore