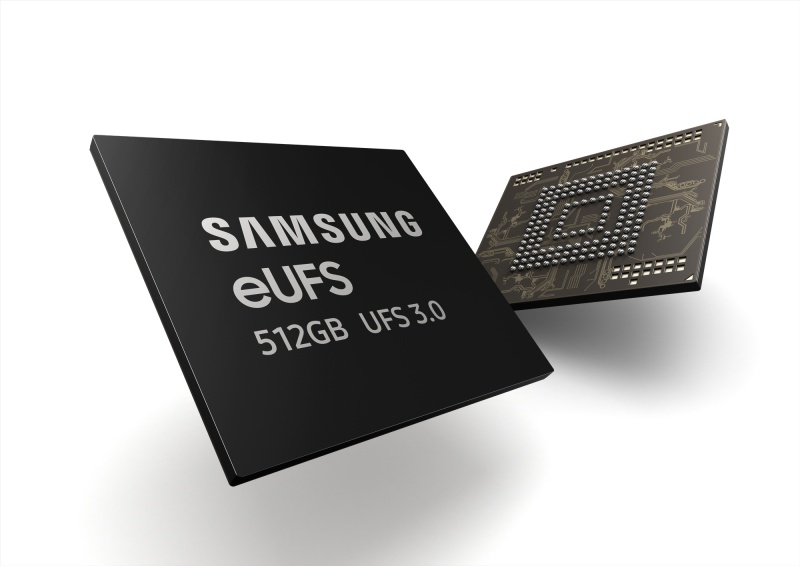 Samsung introduced the industry’s first 512GB embedded Universal Flash Storage (eUFS) solution in December 2017, but its successor is said to be twice as fast.

The South Korean company confirmed via a press release that mass production of the 512GB eUFS 3.0 has begun. The 512GB eUFS 3.0 stacks 8 fifth-gen 512Gb V-NAND die and integrates a high-performance controller. It boasts sequential read speed of 2100MB/s and write speed of 410MB/s.

To put these speeds into perspective, Samsung says the 512GB eUFS 3.0 is 4x faster than a SATA solid state drive and 20 times faster than a typical microSD memory card. Samsung will be launching a 128GB version this month with plans for 256GB and 1TB models in the second half of the year.