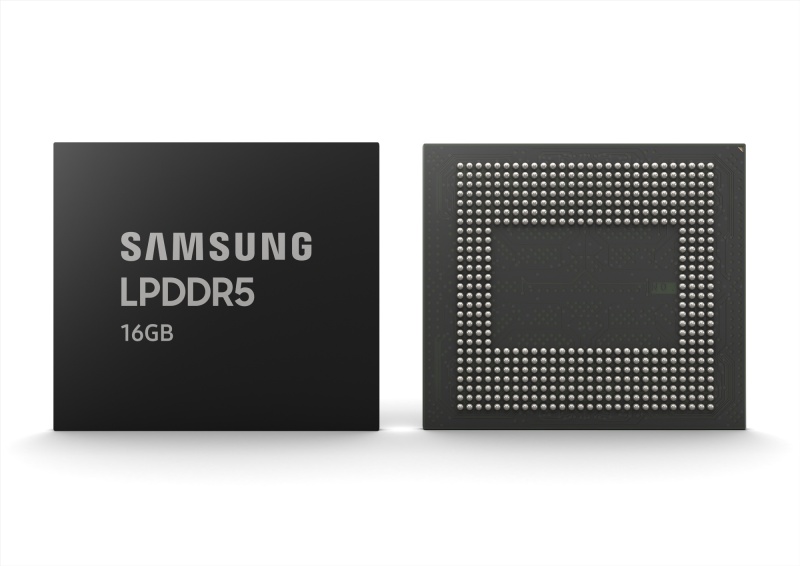 Samsung claims the 16GB LPDDR5 has a data transfer rate of 5,500Mb/s, which is about 1.3x faster than LPDDR4X. It also boasts more than 20% energy savings with up to twice the capacity of 8GB LPDDR4X package. The 16GB LPDDR5 mobile DRAM package is made up of 8 12-Gb chips and four 8Gb chips.

The South Korean company plans to mass produce 16Gb LPDDR5 products based on 3rd-gen 10nm-class process technology in the second half of the year.