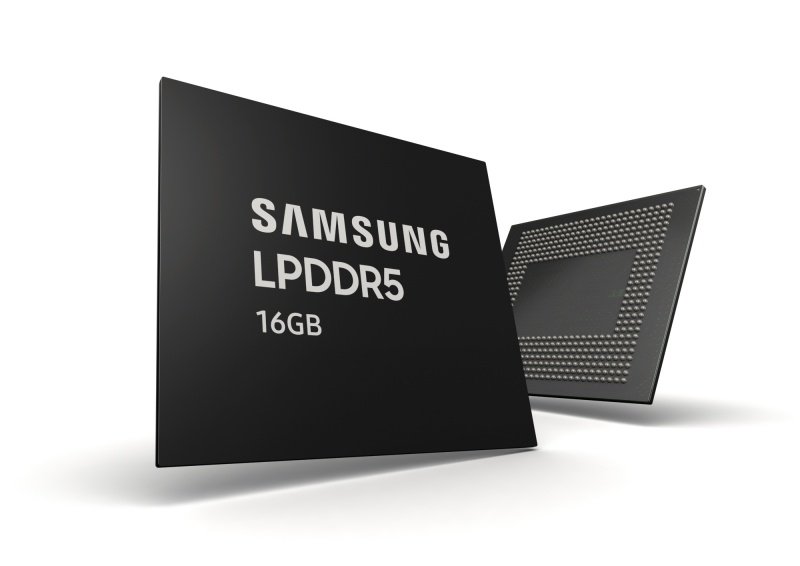 Samsung just announced that its second production line in Pyeongtaek, Korea has started the mass production of the industry's first 16Gb LPDDR5 DRAM.

Using extreme ultraviolet (EUV) technology and built on Samsung's 3rd gen 10nn-class (1z) process, the 16Gb LPDDR5 has the highest mobile memory performance and biggest capacity to allow consumers to enjoy the full benefits of 5G and AI features in the next generation flagship phones.

The South Korean company claims the 16Gb LPDDR5 is about 16% faster than the 12Gb LPDDR5 with transfer speeds of about 6,400Mb/s. To put this into context, the 16Gb LPDDR5 can transfer 10 5GB-sized Full-HD movies or 51.2GB of data in just one second!

The 16Gb LPDDR5 is also 30% thinner, which allows handset makers to pack more features and components into the slim designs of modern phones. Flagship phones in 2021 are expected to use the Samsung's 16Gb LPDDR5.

Join HWZ's Telegram channel here and catch all the latest tech news!
Our articles may contain affiliate links. If you buy through these links, we may earn a small commission.
Previous Story
COMEX moves to Facebook Live for 2020
Next Story
MediaTek applies for permission from U.S to provide chips to Huawei