Samsung to appeal to U.S. Supreme Court over ongoing patent fight against Apple

Samsung to appeal to U.S. Supreme Court over ongoing patent fight against Apple 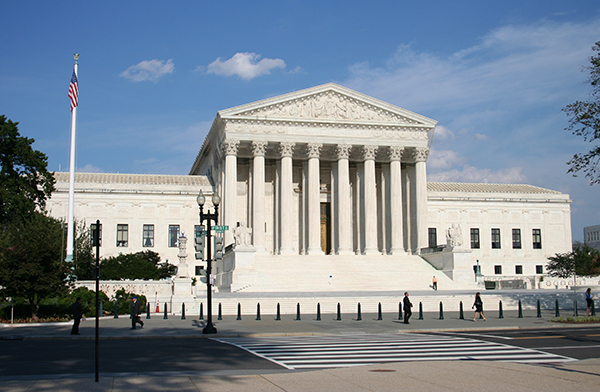 In case you are confused, this patent fight is same one that Apple and Samsung has been fighting over since 2011. In 2012, a verdict was passed and it was ruled that Samsung did infringe on Apple's patents and were ordered to pay over US$1 billion in damages.

Needless to say, this did not go down too well with the South Korean tech giants and a series of appeals followed. In May, a U.S. Appeals Court has ruled to reverse a portion of the judgment, but that still left Samsung with a hefty bill of US$548 million that it still needed to pay Apple.

Samsung requested for another trial, but this time, the U.S. Federal Circuit Court of Appeals decided to have none of that. As a result, Samsung have now decided that it will appeal to the U.S. Supreme Court by November.

Samsung said that "the questions present issues of enormous importance to patent litigation and the scope of innovation, especially in high-technology industries."

If it's any consolation for Samsung, other companies like Google, eBay, Dell and HP have also backed Samsung's request and said the ruling against Samsung would "lead to absurd results and have a devastating impact on companies."