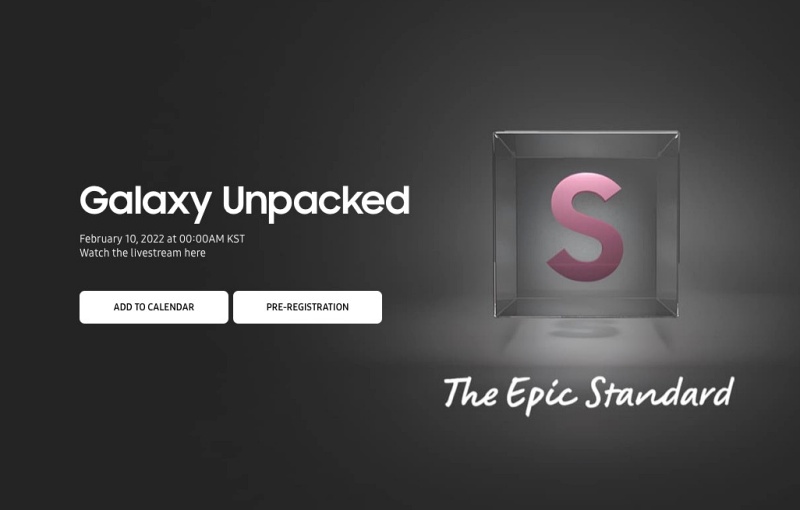 Samsung has announced the date of its first Galaxy Unpacked event for the year.

The South Korean company will be live streaming the Galaxy Unpacked 2022 event on 9 February (11pm, SGT). Samsung is expected to unveil the Galaxy S22 lineup, which it claims to "set an epic new standard for smartphones with the most noteworthy S series ever created".

The Galaxy Tab S8 is also believed to be announced at the event. Purported retail prices for the Galaxy S22 models have been leaked. Retail availability is likely to be delayed due to supply chain issues.

Join HWZ's Telegram channel here and catch all the latest tech news!
Our articles may contain affiliate links. If you buy through these links, we may earn a small commission.
Previous Story
LG goes unique and quirky with StanbyME and Object TVs at CES 2022 *updated*
Next Story
Apple announces new "Shot on iPhone" challenge focusing on macro photography