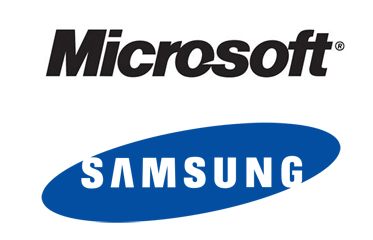 We're guessing that Samsung has its hands full with its Galaxy Tab patent lawsuits, and decided to take up on Microsoft's patent cross-licensing offer.

The Korean company was targeted by Microsoft for a series of patent infringement related to the Google Android operating system employed by Samsung's product portfolio. Besides the cross-licensing agreement which will see Microsoft receiving royalties from Samsung for their mobile phones and tablets running the Android mobile platform, both companies have also agreed to cooperate in the development and marketing of Microsoft's Windows Phone OS. This could be an indication that we'll see more Windows Phone devices other than the Samsung Omnia W in the months to come.

Samsung's choice for a mobile OS isn't as limiting as it seems. Though the company has earlier denied any plans to acquire webOS, it also reiterated its focus on their own in-house Bada OS. And with Samsung backing the Tizen project, which includes support for HTML5 apps and multiple device categories including tablets, handsets, smart TVs and in-vehicle entertainment, it's hard to say if Google Android will still be in their roadmap.