Samsung adds four more screen sizes to its 8K QLED TV lineup, and they're all coming to Singapore (Updated with prices)

Samsung adds four more screen sizes to its 8K QLED TV lineup, and they're all coming to Singapore 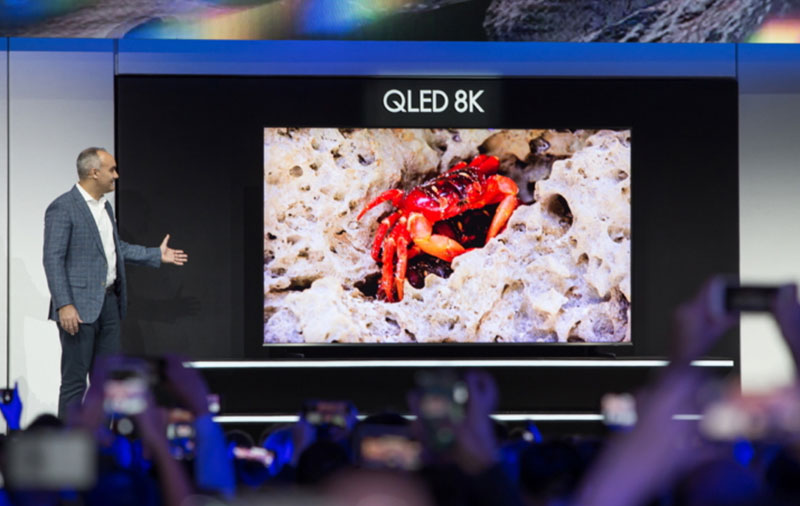 Note: First published on Jan 8, this article was updated on Mar 25 to include local pricing and availability info.

Until microLED TVs arrive, your best bet if you want to get a great TV from Samsung is one of the company’s QLED TVs. At CES, Samsung has once again rolled out several QLED series, but instead of 4K QLED, Samsung’s flagship TV in 2019 is the 8K QLED series. Four screen sizes - 65, 75, 82, and 98 inches - are available and they're all direct full-array local dimming TVs.

The main difference between the 4K and 8K QLED TVs (other than resolution) is the latter come with a more powerful Quantum Processor 8K, which is responsible for upscaling HD and 4K content to 8K-like quality. They also have a peak brightness of 4,000 nits. HDMI 2.1 is also confirmed for the 8K models.

The 8K QLED TVs also come with AI Sound, a feature that analyzes content and the space the TV is in to switch sound modes in real time; and AI Remote, a smart remote with a far field microphone for activating Bixby voice control. Like the 4K QLED TVs, there’s Amazon Alexa and Google Assistant integration, and there will be a native iTunes Movies and TV Shows app for users to get to their purchased content or find new ones.

(I’ve listed these and a few other key features on Samsung’s 2019 QLED TVs in a separate piece earlier, so check that out to learn more.) Finally, all four 8K QLED TVs are coming to Singapore in the next few months, and they will be sold alongside the new 4K QLED TVs. With native 8K content non-existent at the moment, it'd be interesting to see how Samsung is going to convince customers to pick up an 8K set over a 4K set.

(Note: For those keeping track, last year August at IFA, Samsung already launched an 85-inch Q900R QLED TV, but that model is only sold in the U.S. and Europe.)

Samsung has just announced the prices and availability dates for its 2019 8K QLED TVs:

The 98-inch Q900R 8K QLED TV will arrive in stores end April, while the other sizes will go on sale earlier starting today.

Join HWZ's Telegram channel here and catch all the latest tech news!
Our articles may contain affiliate links. If you buy through these links, we may earn a small commission.
Previous Story
Purported 2019 iPhone rear chassis with triple-lens markings leaked
Next Story
Samsung’s 5G chipsets are currently in mass production