Samsung acquires Viv, a startup founded by the creators of Siri

Samsung acquires Viv, a startup founded by the creators of Siri 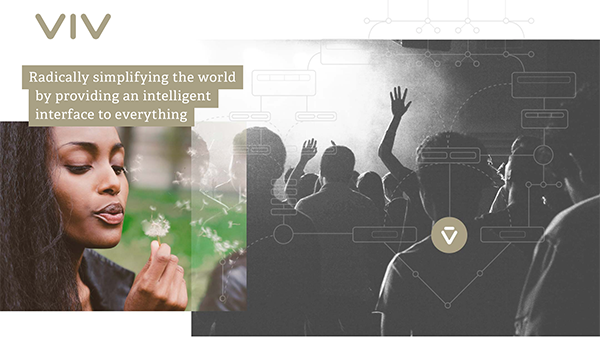 Samsung has just announced that it has acquired Viv, a startup that specializes in artificial intelligence. Viv was founded by Kittlaus, Cheyer and Brigham, who created Siri and sold the technology to Apple in 2010.

Although Samsung did not disclose how much the acquisition will cost them, reports say that Viv will continue to operate independently and will provide services to Samsung and its platforms.

Viv's technology is interesting mostly because of something called "dynamic program generation". Viv can understand users' queries, and even context, and then create its own programs and code to execute the task.

Viv's founder Kittlaus said in a demo earlier this year, "Instead of having to write every code instructed, you’re really just describing what you want it to do. The whole idea of Viv is that developers can go in and build any experience that they want.”

When quizzed about the acquisition, Kittlaus said that the main reason they went with Samsung is because of of "ubiquity". Samsung ships over half a billon devices a year and that gives Viv a huge distribution network.

Presumably, Viv's technologies can be expected to debut first on Samsung's Galaxy smartphones, but don't be surprised if it appears in other Samsung devices such as washing machines, robot vacuums, refrigerators and more.

Join HWZ's Telegram channel here and catch all the latest tech news!
Our articles may contain affiliate links. If you buy through these links, we may earn a small commission.
Previous Story
Replaced Samsung Galaxy Note7 explodes in U.S. plane
Next Story
Razer and OSVR's HDK 2 VR headset is now available to buy locally (Updated)