Note: This article was first published on 11th March 2021. 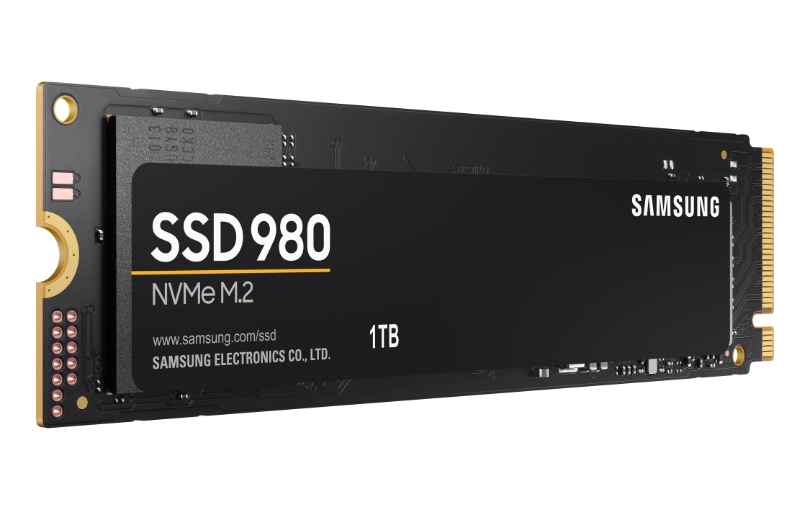 Samsung has a new SSD. It's positioned as the successor to the popular 970 Evo and it's called the 980 NVMe SSD.

It's Samsung new entry-level SSD. But even so, performance is respectable. Thanks to Samsung's own Pablo memory controller and fast 128-layer 512Gb TLC NAND, the company is claiming sequential read and write speeds of up to 3,500MB/s and 3,000MB/s respectively. Random read and write IOPS are up to 500k and 480k respectively.

To keep prices down, the 980 NVMe SSD uses a DRAM-less controller. To make up for this lack of onboard memory, the SSD taps into the Host Memory Buffer feature in the NVMe specification and uses a small amount of your system's DRAM (usually around 64MB) for its internal drive mapping.

Yes, performance takes a hit as a result. But as you can see from the specs above, the 980 NVMe SSD is still a fairly speed drive. Besides, Samsung employs other technologies such as TurboWrite 2.0 and faster NAND memory to make up for whatever loss in performance.

You can find the drives at the Samsung Online Store, the Samsung Flagship Store on Lazada, the Samsung Official Store on Shopee, and all major retailers like Best Denki, Challenger, Courts, Gain City, and Harvey Norman.

Join HWZ's Telegram channel here and catch all the latest tech news!
Our articles may contain affiliate links. If you buy through these links, we may earn a small commission.
Previous Story
Apple to stop making HomePod, will focus on the HomePod mini
Next Story
Purported renders of Huawei P50 and P50 Pro leaked