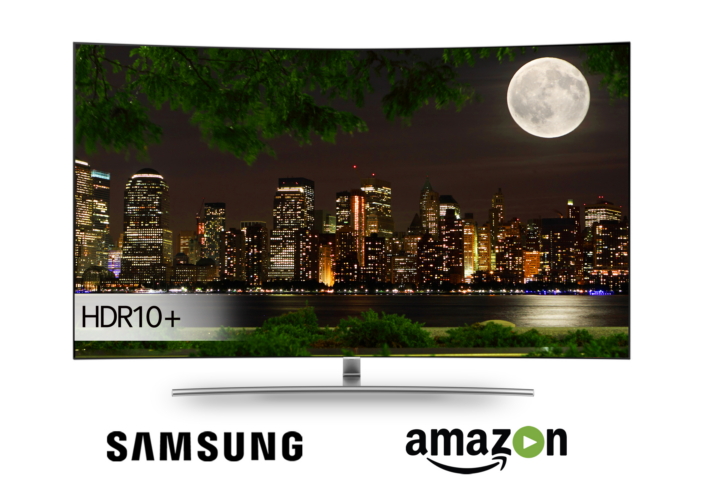 In February, I wrote that Samsung’s new QLED TVs will support dynamic metadata in the upcoming expansion of the open HDR10 format. Today, the Korean company has made it official with the announcement of this updated format, and it’s called HDR10+.

To understand HDR10+, one must first understand the problem of HDR10. Current HDR10 content packs static metadata that doesn’t change during playback; and while it works, it is not the best way to present the content, as brightness level can’t truly be the same in all the scenes. So in an overall bright HDR10 movie with few dark scenes for example, these dark scenes won’t be presented in the best possible way.

HDR10+ solves this issue by introducing dynamic tone-mapping to HDR10. By incorporating this dynamic metadata, a compatible TV will be able to adjust brightness levels on a scene-by-scene or even frame-by-frame basis. It may sound cliché, but the whole point is to produce an image as close to the director’s and colorist’s intent as possible.

All of Samsung’s 2017 UHD TVs, including its premium QLED TV lineup, already support HDR10+ out of the box. And in the second half of this year, Samsung’s 2016 UHD TVs will also gain HDR10+ support through a firmware update.

With regards to content, Amazon Video is the first streaming service provider to announce support for HDR10+, with content coming later this year. This didn’t come as a surprise because Amazon Video was also the first content provider to work with Samsung to bring HDR10 to the market in 2015.

The arrival of HDR10+ will no doubt narrow the gap between the open standard and Dolby Labs’ Dolby Vision HDR format, which already comes with dynamic metadata that’s produced during content creation. In fact, my understanding is that HDR10+ is the main reason why Samsung hasn’t jumped onboard Dolby Vision like how its cross-town rival LG did.

It’s currently unknown if other TV makers and streaming services such as Netflix will adopt HDR10+. But since this is an open standard, I think it’s only a matter of time. Interestingly enough, LG’s 2017 OLED and Super UHD TVs come with a feature called Active HDR, which is the company’s proprietary dynamic metadata generating and processing system for HDR10 content. So I won’t be too surprised if LG decides to stick to its in-house system.

Join HWZ's Telegram channel here and catch all the latest tech news!
Our articles may contain affiliate links. If you buy through these links, we may earn a small commission.
Previous Story
Ahead of Earth Day, Apple promises future products to be made from 100% recycled materials and to produce zero waste
Next Story
The EOS 5D Mark IV gets C-Log