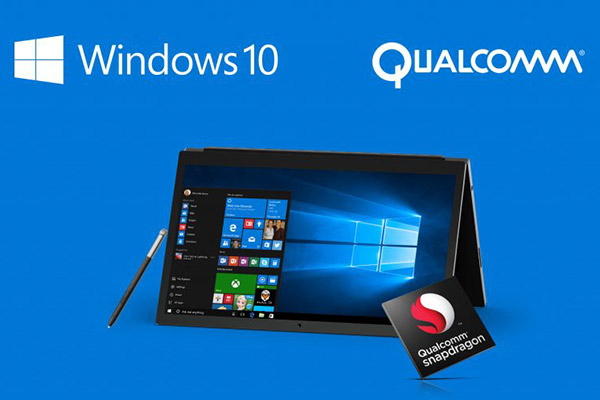 Remember Microsoft’s Surface Pro used to have a sibling called Surface RT? A major reason why Surface RT (and subsequently, Surface 2) flopped was because they ran the Windows RT OS, essentially Windows 8.x built for the ARM architecture. The tile-centric UI that a lot of people couldn’t get used to aside, its biggest problem was that it couldn’t run third-party Win32 desktop apps. This effectively crippled the usefulness of Windows RT. While the OS was killed, Microsoft has continued to work on Windows on ARM because it has other editions of Windows 10 for platforms that run on ARM processors, such as Windows 10 Mobile and Windows 10 IoT.

At its WinHEC hardware conference in Shenzhen, China today, Microsoft has announced that it’s once again bringing Windows to ARM processors. More specifically, it’s working with Qualcomm, the maker of Snapdragon processors that you see in so many Android phones today, to have Qualcomm SoC-powered devices ready for the market in 2017. Unlike Surface RT’s misstep, the new Windows on ARM devices are able to run traditional Win32 desktop apps. (And universal Windows apps, of course.)

Here's a demo of full Windows running on a Snapdragon 820:

Because this version of Windows 10 for ARM is 64-bit, to run 32-bit x86 apps (Desktop Photoshop! Desktop Office! Desktop Chrome!), Microsoft has built an emulator into the OS. 64-bit versions of these x86 apps aren’t supported, but that’s not expected to a deal-breaker as not many 32-bit apps have a 64-bit version anyway. Seriously, I’ll take ten 32-bit desktop apps and miss out on that one 64-bit app anytime, than to have zero, zilch, kosong, 零 32-bit apps.

According to Microsoft, this revisit of Windows on ARM is motivated by the demand for more power-efficient and connected PCs. (I see it as a slight dig at Intel too, whose chips, while powerful, are also power hungry.) Microsoft also calls these new ARM-based Windows PCs “cellular PCs”, because PC OEMs are encouraged to integrate cellular connectivity into these devices, especially by way of eSIM. Even till today, built-in cellular support is something of a rarity on Intel-based notebooks.

And since Microsoft has a track record of prioritizing PC first, it’ll be interesting to see if down the road this new Windows 10 variant will replace Windows 10 Mobile, because really, this will make Windows phones’ Continuum feature an order of magnitude more useful.