Rumor: Cannonlake, the successor to Intel's Skylake CPU, has been delayed indefinitely

Rumor: Cannonlake, the successor to Intel's Skylake CPU, has been delayed indefinitely 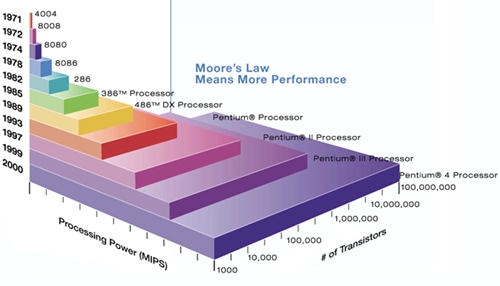 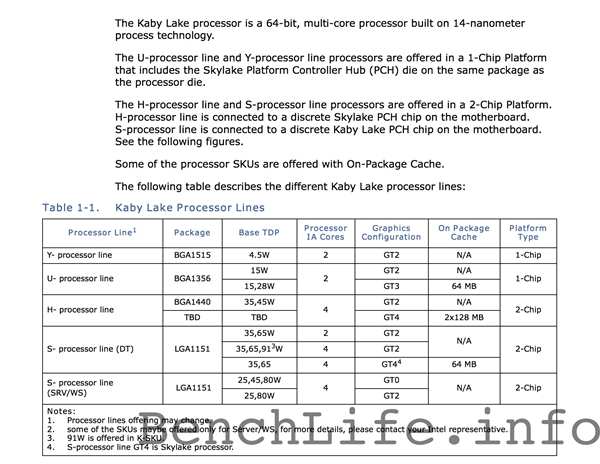 A Chinese website has even “leaked” the specifications of the Kaby Lake platform. Built on the same 14nm fabrication process as the Skylake CPU, there are five lines of Kaby Lake CPUs, the Y, U, H and two S lines. The S lines are desktop offerings and will be in the same LGA1151 package as the Skylake desktop CPUs. They are offered in the as dual- or quad-core SKUs. If the alleged rumor comes true, this situation underscores the physical limitations of silicon as the construct material of these processors.

In order for Intel to continue with its “tick-tock” model to move beyond the 14nm fabrication process, the company may have to adopt innovative solutions like stacking silicon layers to overcome the atomic limitations of the material. Also, chip manufacturers may also need to explore the use of new materials like Molybdenite as an alternative semiconductor material. And it appears the Kaby Lake platform is a stop-gap measure as Intel ponders the next step to extend the effective life of silicon according to its “tick-tock” model.

Join HWZ's Telegram channel here and catch all the latest tech news!
Our articles may contain affiliate links. If you buy through these links, we may earn a small commission.
Previous Story
Batman: Arkham Knight pulled from PC due to performance issues
Next Story
Google announces free tier for Google Play Music with ad-supported radio