Note: This article was first published on 26th July 2016 and updated on 5th November 2016 to reflect the new retail price.

The ROMOSS RoLink Hybrid Cable is heaven-sent for users who wield an iOS phone in one hand, and an Android mobile device in the other. This charging cable features a proprietary Hybrid Gemini connector, which allows the same plug to be inserted into both Lightning and micro-USB ports. As a versatile cable, it supports iOS devices with a 2.1A output, while being capable of supporting mainstream quick-charging technology. Technologies listed include Qualcomm quick Charge, MTK Pump Express, Huawei FCP, and Samsung Fast Charge. As such, the RoLink Hybrid Cable is compatible with iPhone 5 or later, iPad 4 or later (but not the iPad Pro), iPad Nano, iPod Touch. Smartphones and tablets from Samsung, Huawei, Xiaomi, Meizu, and ZTE work just as well too, going by their specification sheet. 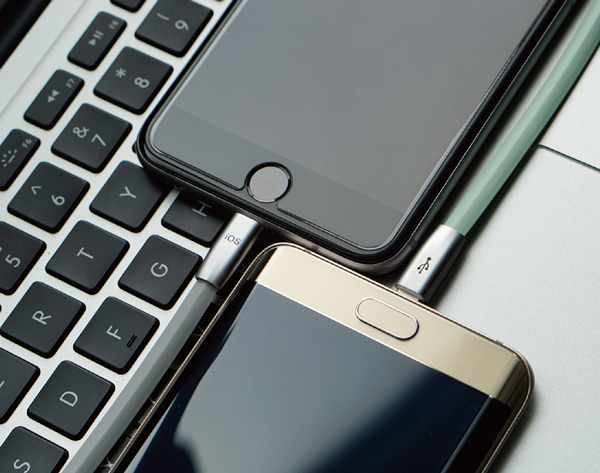 The plugs on both ends use a chromium alloy casing, while the cable uses the eco-friendly TPE flat insulation cable that protects its all-copper core. The cable itself has a length of 1m. The cables are also lab tested for durability, surviving 3,000 re-plugs of its ports and 3,000 cable flexes.

All that sounds too good to be true. What makes it borderline ridiculous is its affordable price tag. The ROMOSS RoLink Hybrid Cable costs just S$9 each. ROMOSS’s official online shop can be found here, and the list of local distributors for the cable can be found here. ROMOSS said that the cable will be in Singapore "soon".

Update as of 5th November 2016:- It seems that the new retail price of these cables are now S$12. Still affordable for what it does.