Rolls Royce to go full electric, will phase out fuel-guzzling cars by 2030

Rolls Royce to go full electric, will phase out fuel-guzzling cars by 2030 Rolls Royce, the maker of what is arguably some of, if not the most, refined cars in the world has announced that it is going electric. And that by the end of this decade, it will phase out internal combustion engine vehicles.

To kickstart what they are calling "a new legacy", Rolls Royce also announced that their first fully electric car will be called the Spectre.

Fans of James Bond will note that this announcement comes at the same time that the latest Bond flick, No Time to Die, is opening around the world.

With this new product we set out our credentials for the full electrification of our entire product portfolio by 2030. By then, Rolls-Royce will no longer be in the business of producing or selling any internal combustion engine products.

Unfortunately, Rolls Royce mentioned precious little about Spectre's specs. In fact, we don't even have a good look at the car. According to the press photos, it looks to be covered in graffiti. 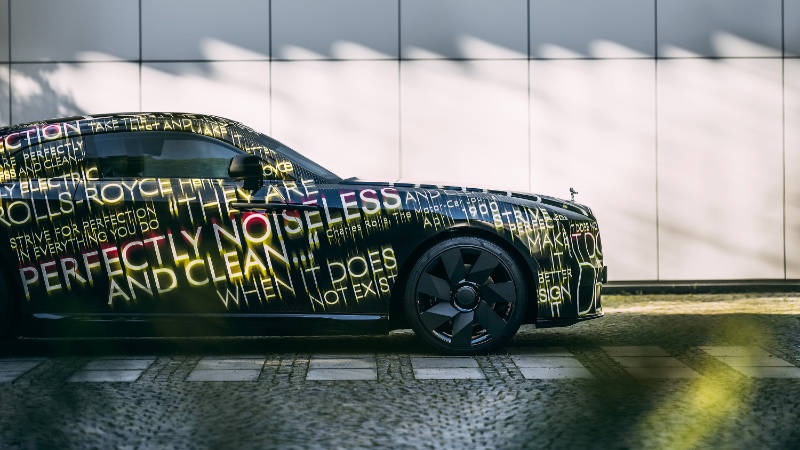 Still, given Rolls Royce's impeccable heritage, one can fully expect the Spectre to be super quiet, comfortable, and elegant. It would waft – just like a Spectre.

If any carmaker should fully embrace electricity, it's Rolls Royce. Their cars are all about refinement and travelling down a road in silence and comfort and electricity drivetrains can help that achieve those goals more easily.

A lot of the work that Rolls Royce puts into their cars goes towards silencing internal combustion engines, smoothing out their vibrations, and generally making them as unobtrusive as possible. Electric motors are therefore an elegant solution.

The first customers will receive their Spectres at the end of 2023. Don't expect it to be cheap.

Join HWZ's Telegram channel here and catch all the latest tech news!
Our articles may contain affiliate links. If you buy through these links, we may earn a small commission.
Previous Story
Disney Plus' live action "The Book of Boba Fett" will be available for streaming on 29 Dec
Next Story
Longer delivery times for iPhone 13 as Covid-19 disrupts suppliers in Vietnam