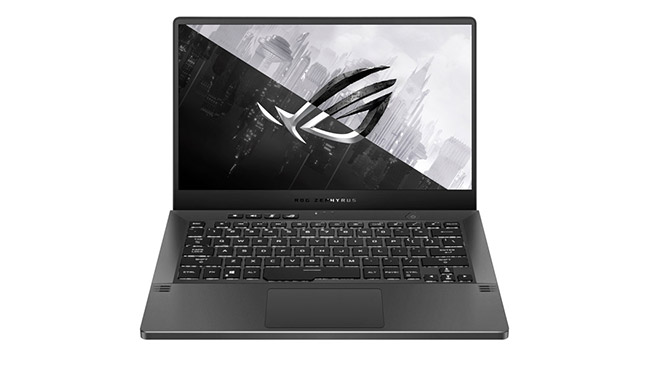 (This article has been updated with clarifications from ASUS Singapore)

ASUS Republic of Gamers have officially announced the availability and pricing of the ROG Zephyrus G14 gaming notebook, one that I tested and was mightily impressed with our benchmark results and more excitingly, its stunning battery life performance. You can read more about it here.

Now, here is the bad news. The Zephyrus G14 variant that will be available at retail here is the GA401, which comes with the more subdued NVIDIA GeForce GTX 1650 Ti GPU – a vast difference from the one we featured that came with the obviously better RTX 2060 GPU. According to ASUS, there are currently no plans to sell the Zephyrus G14 with the NVIDIA GeForce RTX 2060 option. Which is an odd decision, as I'd expected the company to, at the very least, offer both GTX 1650 Ti and RTX 2060 GPU options.

That seems to be the only difference with the retail version that we’re getting here; albeit a huge one. The Zephyrus G14 (GA401) is otherwise a like for like unit to the one we tested, featuring the same AMD Ryzen 4000 Series mobile processor, a high refresh rate Full HD with PANTONE Validated display that goes up to 120Hz. Even the battery life performance is expected to be similar if not better – with a less powerful GTX 1650 Ti processor – than the unit we tested.

The ROG Zephyrus G14 (GA401) will retail for S$2,498 and is available for purchase at the ASUS Exclusive Store, ASUS Online Store and authorised retailers. That is going to be quite a kick in the stomach for many, including myself, when you consider the superior Zephyrus G14 with RTX 2060 is retailing for US$1,449.99 (S$2,022 est.) at the ASUS Online Store in North America (Amazon US has it retailing at US$1,750 with shipping - still cheaper too if you do the math). (Clarification: The Zephyrus G14 notebook available in North America does not come with the AniMe Matrix LED lid. Additionally, the warranty differs for the Zephyrus G14 in North America, with a 1-Year Warranty and no pick-up and return services. All ASUS ROG laptops purchased in Singapore come with 2-Year Warranty with pick-up and return services.)

That we'll not be getting a GPU choice to pick from is one thing, but that the only and inferior choice is also more expensive than elsewhere isn't right. Come on ROG, bring in the Zephyrus G14 with RTX 2060.

Join HWZ's Telegram channel here and catch all the latest tech news!
Our articles may contain affiliate links. If you buy through these links, we may earn a small commission.
Previous Story
Olympus is exiting the camera business
Next Story
Star Wars: Episode 1 Racer has arrived on Nintendo Switch and the PlayStation 4