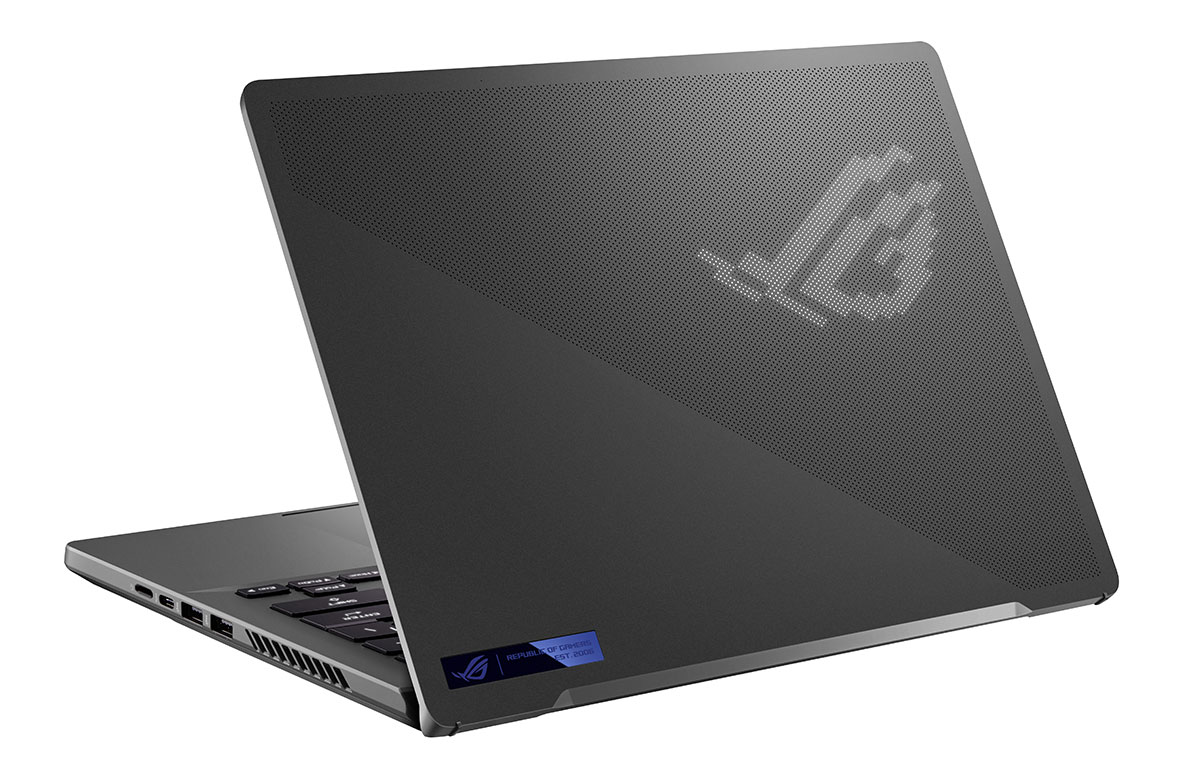 The ROG Zephyrus G14, first released in early 2020, has become notable for having some pretty powerful internals in a small package. Along with that is its appearance, or more particularly the dot matrix display on the rear of the laptop. To keep up, ROG is updating the G14 with its 2022 version, the GA402. First announced earlier this year, it's now making its way to Singapore.

Right off the bat, the new G14 gaming notebook retains the AniMe matrix display, this time with more LEDs to support higher resolutions. But there are now 1,449 mini LEDs on the back, a step up from the 1,215 mini LEDs on its predecessor model.

As for other noticeable differences, the new G14 also sports a 16:10 display, a wider aspect ratio compared to the 16:9 on previous models, with an IPS-panel FHD 1920x1200 (144Hz refresh rate) in a 14-inch display. Internally, the G14 now runs exclusively on AMD hardware, and quite possibly the first gaming notebook to house both the new Ryzen 7 6800HS CPU and Radeon RX 6800S GPU.

All this in a package weighing 1.72kg. Here's a quick look at the notebook's specifications

The 2022 ROG Zephyrus G14 is available now on the ASUS online store, authorised retailers and at the ROG Experience Store in Bugis.
Our review coming up soon.
Join HWZ's Telegram channel here and catch all the latest tech news!
Our articles may contain affiliate links. If you buy through these links, we may earn a small commission.
Previous Story
Garmin launches the Descent G1 Solar for divers who want a solar-charging smartwatch
Next Story
Razer updates its audio lineup with the Leviathan V2 soundbar