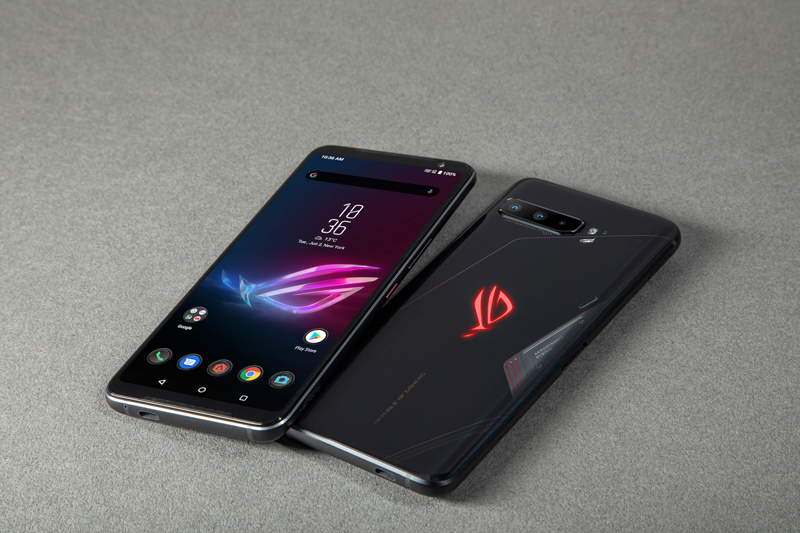 (This news was first published on 6 August 2020 and again on 2 September when pre-order details were released.)

ASUS has officially unveiled its latest gaming phone, the ROG Phone 3, which is essentially an evolutionary upgrade of its 2019 predecessor and will be made available in two different variants.

It can also boasts to be the most powerful gaming smartphone, if not the most Android-based smartphone, with its Qualcomm Snapdragon 865 Plus processor alongside up to 16GB of LPDDR5 RAM and 512GB UFS3.1 internal storage.

There's also the ROG Phone 3 Strix Edition that is powered by a lesser (but still impressive) vanilla Qualcomm Snapdragon 865 processor with 8GB LPDDR5 RAM and up to 256GB UFS3.1 storage.

Optimised for mobile gaming, the ROG Phone 3 will almost certainly be great at normal phone stuff too, such as texting, web browsing and of course, media viewing on YouTube and Netflix. Like the ROG Phone II, there’s still a side-mounted USB-C port, so the charging cable can stay out of the way while you game in landscape mode. It’ll even be compatible with Google Stadia when it launches, although this is only for markets where Google Stadia is available.

Some of the improvements are less obvious but nonethless worth noting, such as the ultrasonic AirTrigger pressure-sensitive touch sensors located around the edges of the phone that mimic the experience of using a real controller. ASUS claims the AirTrigger are now even more sensitive with lower latency than the ROG Phone II. The gaming smartphone now also adds the option to map an in-game command, like reloading your weapon, when you shake the phone.

Just like the ROG Phone II, the new device also comes with a cooler attachment - called the AeroActive Cooler 3 - to help with heat management when under high loads. The key difference here is that the AeroActive Cooler 3 now features a built-in kickstand, that allows the phone to stand in landscape mode, which is useful if you want to play games on the phone using a wireless controller or when binge watching Netflix and YouTube.

Unsurprisingly, the ROG Phone 3 will also be accompanied by a whole slate of accessories that you can buy to enhance your experience. There’s a TwinView Dock 3 coming that adds another display to the mix so you can multitask, and a mobile desktop dock that lets you dock the phone and use it with a keyboard and mouse. Expect these accessories to be available as stand-alone or as a bundle that comes with an eye-popping trolley luggage.

Update: The ROG Phone 3 will be available for pre-order starting from now till 17 September and will be available on ASUS Online Store, ROG Experience Store Bugis and selected authorised retailers on 18 September with a retail price of S$1,598. Interestingly, the ROG Phone 3 sold here comes with 12GB memory and 512GB of storage - rather than the 16GB/512GB that we reported last month. Anyway, if you order during the pre-order period you will also receive an ROG Ultimate Gift Box (worth $399) which includes a ROG Cetra Gaming In-ear Headphone and a set of ROG limited edition premiums. This offer is only limited to the first 15 purchase at each participating authorised retailers though.

Find out more in our hands-on of the ROG Phone 3!

Join HWZ's Telegram channel here and catch all the latest tech news!
Our articles may contain affiliate links. If you buy through these links, we may earn a small commission.
Previous Story
Here's how much it'll cost to get a Samsung Galaxy Z Fold2 5G from one of our telcos
Next Story
China reportedly prefers to shut down TikTok in the U.S