ROG's most powerful dual screen laptop, the Zephyrus Duo 16, is now in Singapore

ROG's most powerful dual screen laptop, the Zephyrus Duo 16, is now in Singapore 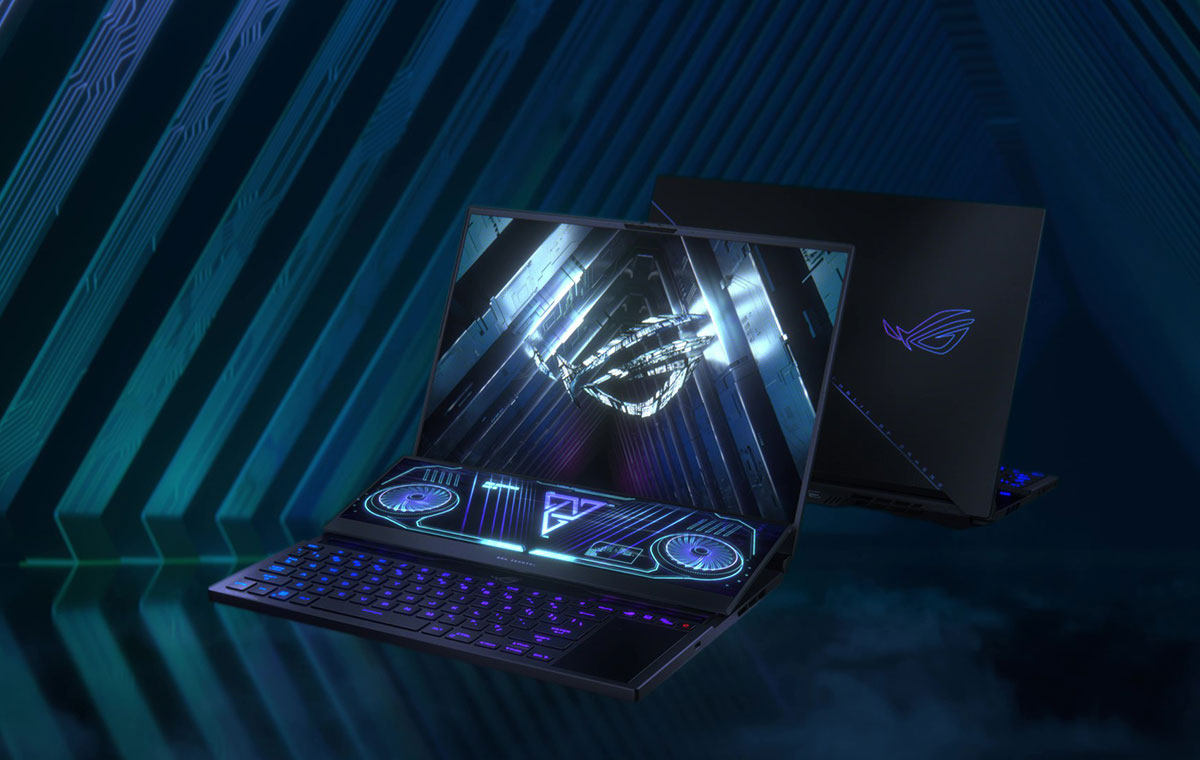 ASUS is no stranger to dual screen notebooks. Beginning with their Zenbook Duo and Pro Duo all the way back in 2019, the company's has stuck with and continued evolving the idea. Three years later, its ROG gaming sub-brand has taken it a step further, releasing the Zephyrus Duo 16.

ASUS touts the Duo 16 to be the 'world's most powerful dual screen laptop', and it certainly has the chops (and the price) to prove it. The Duo 16 is an AMD-powered machine running on a Ryzen 9 6900HX, currently one of the most powerful AMD mobile chips (behind the 6980HS and HX). It's no slouch in graphics either, with an NVIDIA GeForce RTX 3080 Ti for its GPU.

While sticking a 140W TGP graphics card in a notebook chassis may not exactly be the wisest choice, ASUS has implemented some special cooling solutions in the machine. Its AAS (Active Aerodynamic System) Plus 2.0 is a fancy name for the 28.5mm vent underneath the second display, and ASUS says it can increase airflow by up to 30% compared to more conventional notebook designs. On top of that, it also has some Thermal Grizzly Conductonaut Extreme thermal paste, which couldn't hurt. All of this allows a maximum TGP of 165W for the Zephyrus Duo 16.

Speaking of that second display, that truly is the highlight of this machine. Like earlier ZenZephyrus Duo machines, ASUS terms it the ROG ScreenPad Plus, and it's a 14.1-inch 3840x1100 IPS display, that's raised to a 13° angle. ASUS says that a special hinge was developed that allows the ScreenPad Plus to rise to that angle and slide away from the keyboard at the same pace. When at full height, it also creates a more seamless experience with the main display. Of course, the ScreenPad Plus is touch-supported. 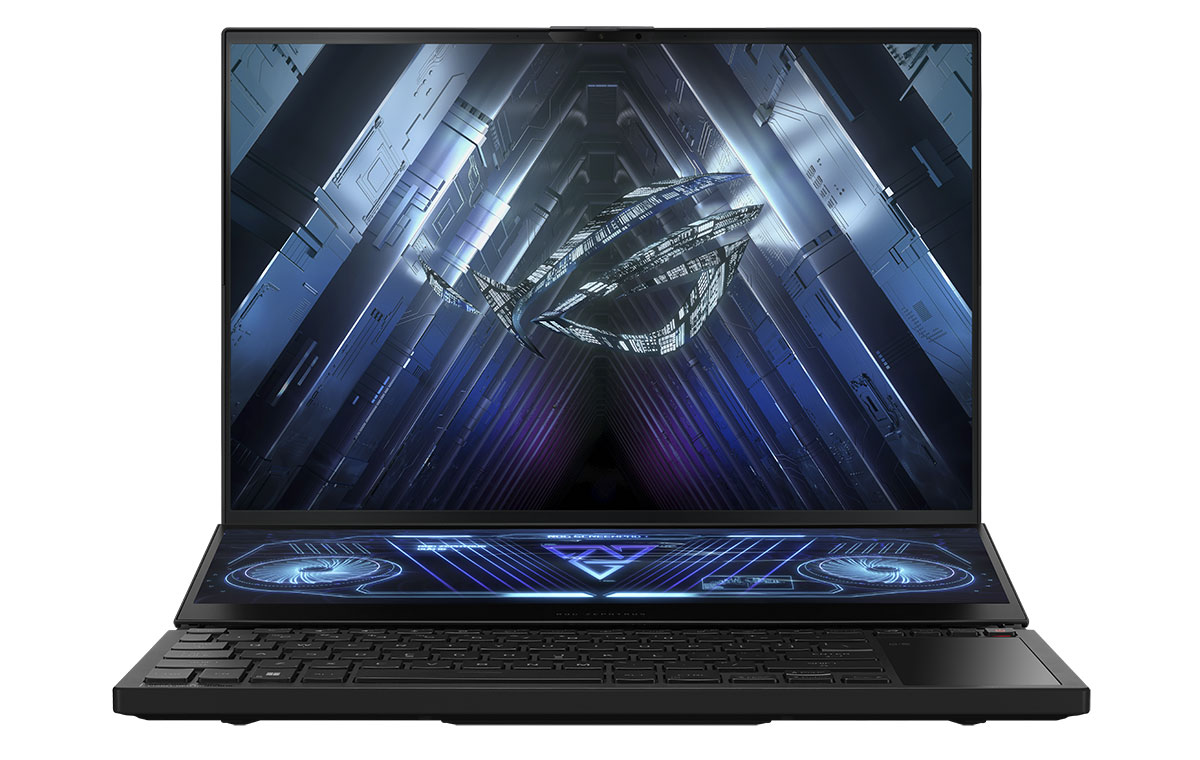 As for that main panel, it's a 16:10 ROG Nebula display. In order to be called a 'Nebula display', the panel needs to have 100% DCI-P3 coverage, at least 500 nits of brightness, and other typical gaming laptop bells and whistles. For the Zephyrus 16's display specifically, the panel runs at different refresh rates depending on the resolution set— for example, 120Hz at 4K, and 240Hz at 1080p.

Other extravagant (or excessive, depending on how you look at it) features include two SSDs running in RAID 0, DDR5 memory and ASUS's NumberPad, its trackpad / numpad combo.

Let's end of with a quick recap and other key specs:

To be sure, this is aimed at core gaming notebook enthusiasts (who also happen to have a lot of money lying around). It costs a staggering S$7,998, but hey, at least it's available now through ASUS's online store, you won't have to do much waiting?

Okay, so it may be out of reach for most people, to put it lightly. Luckily, though, ASUS's Duo line has been around long enough that prices have crept down to more accessible levels, so if you're looking to replace your current machine and want some dual screen action, you can give the Zenbook Duo 14 UX482 (review here) a try. Its starting price of S$2,598 is not exactly 'budget', but it's a lot more palatable than eight grand.

Join HWZ's Telegram channel here and catch all the latest tech news!
Our articles may contain affiliate links. If you buy through these links, we may earn a small commission.
Previous Story
Magic: The Gathering's new Battle for Baldur's Gate set is both refreshing and nostalgic
Next Story
Huawei’s latest launch in Singapore has them bringing in a range of business products